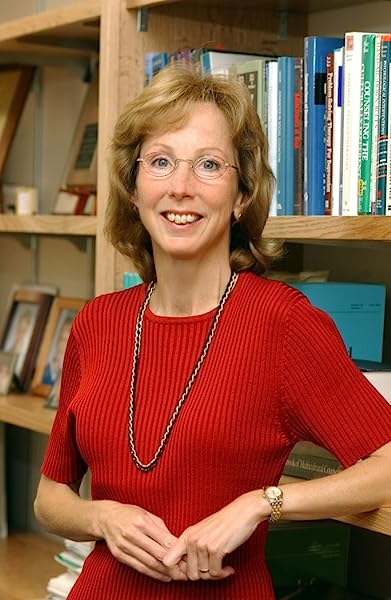 英語版 Susan Nolen-Hoeksema (著), Barbara L. Fredrickson (著), Richard C. Atkinson (著), Geoffrey R. Loftus (著), Ernest R. Hilgard (著), Christel Lutz (著) & 3 その他
5つ星のうち4.2 75個の評価
すべての形式と版を表示
Sorry, there was a problem loading this page. Try again.
Now in its 16th edition, Atkinson & Hilgard's Introduction to Psychology has been fully revised and updated to reflect all recent research developments, theories and ideas, whilst also retaining all of the qualities which have established it as a leading undergraduate psychology textbook over the past five decades, including its highly accessible and engaging student-centred approach. The established author team of Susan Nolen-Hoeksema, Barbara Fredrickson and Geoffrey R. Loftus has been joined by Christel Lutz (University of Utrecht), who has helped to add a fresh European influence, and thereby create a truly international introductory textbook. The 'Cutting Edge Research' box features and 'Seeing Both Sides' essays which conclude each chapter have been fully updated and replaced throughout, using contributions from a range of experts across the globe, and really help to bring the text to life for students.
続きを読む
Previous page
Next page

Christel Lutz, Ph.D. is a lecturer in Psychology at University College Utrecht, the Netherlands. She received her MSc. in physics from Utrecht University and her Ph.D. in experimental cognitive psychology from the University of Pennsylvania, where she taught courses in perception and cognitive psychology. She is a fellow in the Department of Social Sciences at University College Utrecht, and has developed courses in experimental psychology and the psychology of human motivation. Her current research focuses on learning and motivation, and on the intellectual development of college students. Geoff Loftus received his BA from Brown University, and Ph.D. from Stanford University. He has been professor at the University of Washington in Seattle since 1973, as well as visiting professor at MIT. He served as editor of Memory & Cognition, associate editor of Cognitive Psychology, and editorial-board member of various other journals. He has authored numerous books, book chapters, and articles. His research concerns human perception and memory, as well as mathematics, statistics, scientific methodology, urban design, and video games. He has testified as an expert witness in approximately 250 civil and criminal legal cases. Susan Nolen-Hoeksema, Ph.D. who died unexpectedly in January 2013 was Professor of Psychology at Yale University. She received her B.A. in psychology from Yale University and her Ph.D. in clinical psychology from University of Pennsylvania. Nolen-Hoeksema's research focuses on women's greater rates of depression compared to men and on the effects of rumination in depression. In addition to her peer-reviewed journal articles, she has published 12 books, including scholarly books, textbooks and books for lay audiences. Nolen-Hoeksema has won three major teaching awards and several awards for her research, including the David Shakow Early Career Award from the American Psychological Association (APA), the Leadership Award from the Committee on Women of the APA, and a Research Career Award from the National Institute for Mental Health. Barbara L. Fredrickson, Ph.D. is Kenan Distinguished Professor at the University of North Carolina at Chapel Hill, with appointments in Psychology and the Kenan-Flagler School of Business. She received her B.A. in psychology from Carleton College and her Ph.D. from Stanford University. Fredrickson's research centers on emotions, especially positive emotions and their links to health and well-being. She has shared her research findings with scientists and students of psychology through scores of peer-reviewed journal articles and also with a general audience through her book, Positivity (2009, Crown). Her research and teaching have been recognized with several honors and awards, including the American Psychological Association's Templeton Prize in Positive Psychology, and the Society for Experimental Social Psychology's Career Trajectory Award.
Kindle化リクエスト
このタイトルのKindle化をご希望の場合、こちらをクリックしてください。

oliver
5つ星のうち1.0 terrible quality
2019年5月23日に英国でレビュー済み
Amazonで購入
Bought this book new, but the spine is coming apart. Obviously it wasn't glued properly. I did buy another one to replace this one and its fine. This one I sent back.
続きを読む
1人のお客様がこれが役に立ったと考えています
違反を報告する
レビュー を日本語に翻訳する

belle147
5つ星のうち5.0 Great in-depth all-rounder
2020年6月5日に英国でレビュー済み
Amazonで購入
This is the main study book for my psychology course and it was recommended by the university. I'm really enjoying it and love that it is a great all rounder book with really interesting case studies included! The online tests are a great added bonus as well to test your learning.
続きを読む
違反を報告する
レビュー を日本語に翻訳する

Try and secure a UK edition of this book if you can.

Star
5つ星のうち5.0 Very good one
2021年11月1日に英国でレビュー済み
Amazonで購入
I’m so glad I bought this book and it looks like the original one which is actually coloured rather than the fake black and white print at a cheaper rate.
続きを読む
違反を報告する
レビュー を日本語に翻訳する
すべてのレビューを参照します