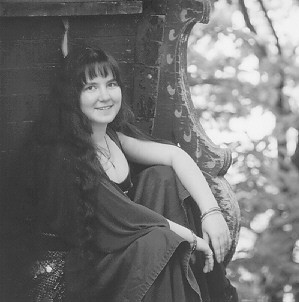 The "Magick" of Renaissance Faire

Reaching for home in the eyes of the past

In a world that borders both fiction and reality, two women meet under unusual circumstances and begin a friendship that will change their lives forever. Author Meghan Brunner introduces her readers to these women as they go through life in the "magickal" world of the Renaissance faire in her urban fantasy novel From the Ashes.

Welcome to Pendragon Renaissance Faire, where faeries live and the magic never ends. This recreated old-world marketplace enchants visitors with music and merriment, but for Ryna, who has lived within this world since childhood, it is simply home. As Pendragon’s season begins, Ryna catches the attention of Bea, an apprentice "rennie" or faire performer. Can Ryna, who seems "Magickally" familiar, help her find a sense of belonging? Can Bea reawaken Ryna’s sense of wonder about her world? They have only seven weeks to find out before Ryna and her family pack their trailers and travel to the next faire.

A heartwarming and enthralling narrative, From the Ashes awakens the reader’s kinship with its characters through familiar life situations. The author’s expertly woven plot and brilliant use of language seduce the reader into an unforgettable realm.

While still in junior high school, Meghan Brunner accidentally discovered the fantasy section of her local library. Things haven’t been the same for her since, and she doesn’t regret it one bit. Among those metal shelves she found the brain-children of authors who believed worlds existed beyond the one in which we tread. Such bards were the kin of her soul, people who saw the Magick in the world — and instead of laying it aside by "growing up" as society dictates, they enfolded it with words and set it loose upon those who cared to revel in its beauty and truth.

At sixteen, Meghan was tossed into the romping, colorful, Magick world of Renaissance faires/festivals . . . and naturally fell as madly in love with them as she had with fantasy novels two years previous. Whether serenading a privy with a pack of scruffy peasants, peeling potatoes, debating Renaissancian politics with patrons, dancing to the beat of doumbeks, or singing beside the fire, she threw herself into her task with joyous abandon. Given her lifelong obsession with capturing the spirit of reality with words, it was only a matter of time before the world of the faire-folk fell subject to her pen.

Meghan’s dearest hope is that someone who is looking for kindred spirits will find her book know that they are not alone.

Chris Laning
5つ星のうち3.0 Not much to do with the Renaissance, but fun
2007年10月14日にアメリカ合衆国でレビュー済み
Amazonで購入
An earlier review says, "The book truly is a tour-de-force about the Renaissance Faire traditions. From the Ashes contains a wonderful mixture of the Gypsy, Irish, Italian, and English characters we associate with the Olde World: Knights, Lords, and Ladies, peasants and witches, fairies and rogues, minstrels, fortunetellers, a little bit of Magick, and Harvey, the Privy Monster."

That's a pretty good characterization. Having worked at a Renaissance Faire for ten years, the Faire phenomenon has clearly developed its own culture, complete with stock characters, traditions, common stories, in-jokes, and folklore.

This RenFaire culture doesn't, however, have very much to do with actual history.

This is not necessarily a fatal flaw, if you're prepared for it. But you won't learn history from a RenFaire (and especially not from this book). What you will get, as here, is the "movie version" of history, complete with Irish peasants eating potatoes, lots of mud, King Arthur, Scots with kilts (and sheep jokes), gypsies, and people shouting "Yea, verily, yea!"

I agree with other reviewers that the author has a real knack for character and dialog, wit and repartee. She captures very well the sort of interaction with the Faire's customers that I've seen a thousand times. I laughed out loud at the procession of chanting monks solemnly intoning "boop bop a-loo-bop" between lines of Latin. And the peasants' antics, while often rather gross (a good deal of bathroom and sexual humor) are hilarious. Oh, and if previous reviewers haven't made this crystal clear yet, it's a lesbian love story.

The plotting, however, needs work. There are three interwoven subplots here, and I didn't think the connections between the sub-plots and the main plot were clear, making the transitions rather jarring.

The past-life interludes "explaining" why the three main characters are drawn together are a roll-your-eyes cliché by now, and more than a little heavy-handed (and the history isn't well founded either -- though I have to give the author points, the "witch" in the story is hanged, not burned as is the common misconception).

The second subplot, the main character's series of nightmares, didn't make symbolic sense to me: I could NOT figure out what the sequence of freezing and burning was supposed to mean, and the descriptions of each nightmare were absolutely copy-and-paste identical (dreams don't do that).

And the third subplot, the Evil Villain making a bargain with the Dark Spirits, is just lame. If your villain is going to make bargains with dark spirits, it would be helpful if they were _competent_ dark spirits and didn't (as these seem to) dither around Just Being Evil for three-fourths of the book before they acted. Granted, they do eat the villain in the end. I was never clear on what he was promising them in return for them getting him what he wanted, though.

So if you know what you're getting into, it's an entertaining book, and the author shows promise. But don't expect the Renaissance.

R. Kyle
5つ星のうち3.0 I'd rather go to a Ren Faire instead....
2005年1月20日にアメリカ合衆国でレビュー済み
Amazonで購入
Still, "From the Ashes" has a lot of appeal for both Rennies and Mundanes (if you have to ask, you probably are one, but the definition is loosely folks who don't participate in Ren Faires, sci-fi cons, etc.) Anyone who's ever attended a RenFaire or been curious about one gets a good look at what goes on behind-the-scenes. In some ways, too good of a look, though. Brunner's anecdotes are interesting in relation to character development, but they bog the plot down.

Essentially, the story is about friendship, good and evil, that takes place against the Magickal backdrop of Pendragon Faire. Ryna, who is a career Rennie and magickally gifted, has been in the Faires for so long they're ordinary to her. Plus, she's working to overcome a romance-gone-bad with Liam. Bea, who just started in the Ren Faires, is seeing the event through fresh eyes, but having some 'rookie' problems. Liam is attracted to Bea, but Bea is feeling more interest for Ryna. The story between the two is engaging and interesting.

For a first novel, "From the Ashes" is not bad, just not quite mature and developed. Brunner does wonderful character; however, the balance between that and plot is uneven because of too many side trips.
続きを読む
1人のお客様がこれが役に立ったと考えています
役に立った
フィードバックを送信中...
フィードバックをお寄せいただきありがとうございます。
申し訳ありませんが、お客様の投票の記録に失敗しました。もう一度試してください。
違反を報告
レビュー を日本語に翻訳する