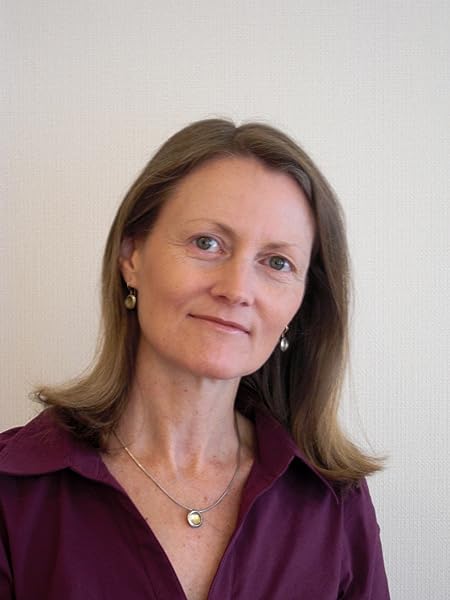 A wonderful guide for book groups, bookstores, and libraries!

Holly Thompson grew up in New England and graduated from Mount Holyoke College. She has a Masters degree from New York University’s Creative Writing Program. She has written about Japanese culture for the Boston Globe and other publications in the U.S. and Japan, and her short stories have been published in The Broken Bridge anthology, Wingspan, and various literary magazines. Holly Thompson makes her home in Kamakura, Japan, where she has lived since 1998. This is her first novel.

suzanne kamata
5つ星のうち5.0 Ash
2003年1月20日に日本でレビュー済み
American Caitlin Ober, heroine of Holly Thompson’s exquisitely rendered debut novel, Ash, has returned to Japan as an English teacher to confront a painful event in her past.
Fifteen years before, Caitlin lived in Kyoto with her family while her father researched Japanese religions. The Obers are befriended by a Japanese family. The daughters of the two families, Caitlin and Mie, become intensely close: Caitlin likes when they wear the same colors, and she wishes her hair were crow black to match Mie’s. At least their names are close – Oide and Ober. Someday they will marry brothers, they’ve told their parents. Someday they will live in the same house.
During a summer outing with their fathers, Mie drowns right before her eyes. The tragedy has burdened Caitlin with guilt, but it has affected the rest of her family as well. Her mother believes that Mie would not have fallen into the river if she hadn’t left her husband in charge, and her inability to forgive them both has led to the deterioration of her marriage. Her sister has an eating disorder. Caitlin, herself, is unable to sustain a romantic relationship because she feels undeserving of love, and drives herself to the point of exhaustion by swimming morning and night
When her Japanese boyfriend, Hiroshi, questions her obsession, she replies, “Sometimes, even now, when I’m swimming twice a day, it doesn’t feel like enough. It’s never enough.” She wanted to go on, to tell him that she felt as though she’d implode if she let up, that it was a form of atonement.”
Caitlin hangs out with Hiroshi and his windsurfing buddies in Kagoshima, a city covered by volcanic ash. One afternoon, while visiting a local mountainside temple, a girl approaches her and asks Caitlin to sign her will. Considering the long drop over the railing, she refuses, but offers to escort the girl home. In this way, she becomes involved with fifteen-year-old Naomi, daughter of an American father and Japanese mother. Naomi is confused and tortured by her dual identity. Caitlin wants to get rid of her, but feels obligated to help.
It would have been easy for Thompson to write Naomi as a substitute for Mie, and for Caitlin’s presumed rescue of the girl to absolve her for not having saved her best friend. However, redemption doesn’t come so easily. In fact, when Naomi, who becomes enamored of Caitlin, suggests that she may be a reincarnation of Mie, Caitlin is deeply annoyed.
Eventually, the two travel to Kyoto together where Caitlin visits Mie’s family for the first time since the accident and Naomi tries to come to a decision about her future in the Japanese system. All of this plays out during Obon, the summer festival when the spirits of the dead return.
This is not the first expatriate-in-Japan novel, but there are several things that set it apart. For one, it is written by a woman and told from a female point of view. Perhaps because Japan tends to be more hospitable to men (like many Western women in this country, Caitlin is the victim of sexual harassment; Naomi’s uncle asks Hiroshi, in Caitlin’s presence, albeit in a dialect that she doesn’t understand, if her pubic hair is blond) the majority of novels detailing foreign experience in this country until now, have been written by men.
Many of these novels feature an American male fresh off the proverbial boat, encountering the strangeness of a foreign culture, Japan, for the first time. Thompson’s novel goes deeper. Because Caitlin grew up in Japan and is already familiar with the culture – and because Holly Thompson has spent years living in and researching the country for this novel – the reader does not have to watch yet another gaijin bumble through foreign terrain. Although there are many odd and wonderful details – the daily ash report, fried octopus balls, the Daimonji fires, the rituals of Obon – the cultural differences are beside the point. What we have here is a powerful drama of the human heart.

R.M.
5つ星のうち5.0 Gorgeous
2002年8月16日にアメリカ合衆国でレビュー済み
Amazonで購入
This haunting and complex debut novel by Holly Johnson is one of the best first books I have ever read. Far from the amateur efforts of many a new novelist, Ms. Johnson's prose is delicate and refreshing from the very start. She also eschews the traditional tendency of so much cotemporary fiction to overstate the plot: like the Japanese portrayed in the book, the story's design is found not in what is clearly stated but in the
undercurrents that lie just below the surface.
Ash is the story of an American English instructor living in the Japanese town of Kagoshima who comes back to Japan to confront the tragic accident that took her best friend when she was just a girl. It's a homecoming of sorts; though Caitlin is undoubtedly foreign in appearance and upbringing, her year in Japan as a young girl has become an unalienable part of her
makeup, and so her fascination with Japanese culture has only grown over the years of her seperation from it. Now she returns, to confront that part of her than has been lost, both culturally, and personally. It is a story of a woman confronting her past, and in doing so, freeing herself from it.
This is a beautiful novel and one well worth anyone's time: the writing is absolutely lovely and the character development intense. I could not put it down and eventually cried at its finish. Give it a try: I can guarantee you will get something good out of it.
続きを読む
3人のお客様がこれが役に立ったと考えています
役に立った
フィードバックを送信中...
フィードバックをお寄せいただきありがとうございます。
申し訳ありませんが、お客様の投票の記録に失敗しました。もう一度試してください。
違反を報告
レビュー を日本語に翻訳する