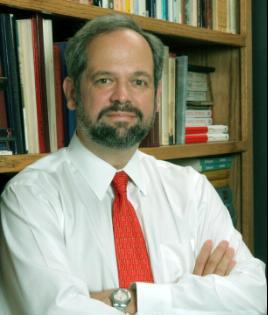 "After reading As the Future Catches You, shocking propositions feel like common sense. Juan Enriquez will change your view of change itself." —Nicholas Negroponte, author of Being Digital

“By far the best book I know to help us understand and cope with the powerful technologies that are about to change every aspect of our lives.” —Roger Fisher, coauthor of Getting to Yes

“With amazing insight and a graphical, almost poetical style of writing, Enriquez describes how computers, genomics, and other new technologies are shaping our present and future.” —Hamilton O. Smith, Nobel laureate in medicine

If it seems like your world has been topsy-turvy over the past few years . . .
Consider what's coming.

Your genetic code will be imprinted on an ID card . . .
For better and worse.

Medicines will be tailored to your genes and will help prevent specific diseases for which you may be at risk.
(But . . . your insurance company and your prospective employer may also find out that you are genetically disposed to, say, heart disease, or breast cancer, or Alzheimer's.)

Meanwhile, lone individuals are birthing not just companies but entire industries that rapidly become bigger than the economies of most countries.
But unlike growth industries of the past . . . cars and aerospace, for example . . . the industries that will dominate our future depend on just a few smart minds . . .
Not a lot of manpower . . .
So during a period of prosperity and economic growth . . .
Wealth is ever more mobile and concentrated.

You and your children are about to face a series of unprecedented moral, ethical, economic, and financial issues.

The choices you make will impact where you live, what you earn, what your grandchildren will look like, how long you live.

It all starts because we are mixing apples, oranges, and floppy disks.

Put an orange on your desk . . .
Next to a floppy disk or CD . . .
Although each seems very different today . . .
They are becoming one and the same.

Your computer runs on a code based on "1"s and "0"s.
If you change the order and number of these 1s and 0s . . .
By tapping the keyboard . . .
You capitalize a letter, change a sentence, send an e-mail, transmit a photograph or music.
The floppy disk is simply the container for these 1s and 0s.
But it is reading and rewriting the code inside that drives change.

We are beginning to acquire...
Direct and deliberate control...
Over the evolution of all life forms...
On the planet...
Including ourselves.

The skin and pulp of the orange that sits on your desk . . .
Is just packaging . . .
What matters is the code contained in the seeds.
Each seed has a long string of gene data that looks like . . .
The seed guides growth, how a tree and its leaves develop . . .
The size, flavor, color, shape of fruits.
If you can read the code . . .
And rewrite it . . .
You can turn an orange into a vaccine, a contraceptive, a polyester.
Each of these things has already been done in corn.

Today, bananas and potatoes can vaccinate you against things like cholera, hepatitis, diarrhea.
You can harvest bulletproof fibers . . .
Grow medicines in tobacco.
And it's not just apples, oranges, and corn that are rapidly becoming different organisms.

Mosquitoes
are flying hypodermic needles.
They can infect you with malaria, dengue, and other awful things.
They do so by transferring a little bit of genetic code
through their saliva . . .
Into your bloodstream . . .
Which then reprograms part of the way your cells operate . . .
By changing your genetic code ever so slightly . . .
In ways that can make you very sick.
So why not engineer mosquito genes so that they have the
opposite effect?

If mosquito saliva contained antibodies . . .
Or if you made it hard for malaria to mutate inside a mosquito's body . . .
You could immunize people and animals . . .
By making sure they were bitten.
Because the language of genes (A, T, C, G) is the same
for all creatures . . .
You can mix species.
If you are an artist, the genes that make jellyfish fluoresce
at night . . .
Can be used to make a bunny glow under black light.
If you are an M.D., the same genes can be placed in monkeys
to serve as markers . . .
Which help identify cures for diseases like Alzheimer's
and cancer.

By reading and rewriting the gene codes of bacteria, plants,
and animals . . .
We start to turn cells, seeds, and animal embryos into the
equivalent of floppy disks . . .
Data sets that can be changed and rewritten to fulfill
specific tasks.
We start deliberately mixing and matching apples and oranges . . .
Species . . .
Plants and animals.

These discoveries may seem distant, abstract, more than a little scary today.
But they will change the way you think about the world . . .
Where you work . . .
What you invest in . . .
The choices your children make about life . . .
What war looks like.

Many are unprepared for . . .
The violence and suddenness with which . . .
New technologies change . . .

Because they do not understand what these
technologies can do.

Juan Enriquez has a career that spans business, domestic and international politics, and science. He was the founding director of the Life Sciences Project at Harvard Business School and a fellow at Harvard’s Center for International Affairs. Enriquez has appeared on 60 Minutes and has published his work in Harvard Business Review, Foreign Policy, Science, and the New York Times. His new book is The Untied States of America.
続きを読む

alejandro dahlhaus
5つ星のうち4.0 Eye opener
2013年8月9日に英国でレビュー済み
Amazonで購入
As research develops into this area and medicine becomes customized ,everyone should be informed as people will have to vote on future regulations
続きを読む
違反を報告
レビュー を日本語に翻訳する

T. Stilwell
5つ星のうち2.0 Rambly but good for chitchat
2012年8月3日にアメリカ合衆国でレビュー済み
Amazonで購入
The author plays with fonts and text size as he tosses around famous quotes and ideas that are not well-developed to the point of irritation. I had to pause after reading the 3rd chapter and check the Amazon reviews to remind myself why I bought this book and that it was actually worth reading. It is.

The author tried to predict the future in 2001 based on the recent success of The Human Genome project. He doesn't do so well but who would? He firmly believes that genomics will fundamentally change the world. I wonder if he is less starry-eyed now? The writing style is a bit like Thomas Friedman's books on globalization: big on hype, pro rapid, disruptive change, pro science but weak on examples and naively assuming change will not be challenged, opposed or encounter unexpected stumbling blocks. And like Friedman, drunk on the history of rapid change in computer chip tech as if that same rapid change will occur equally within all other fields. News flash: even if we know an entire genome, the purpose of each gene and protein and how to express each, we still need to test it before injecting DNA modifications into humans and that portion of the learning curve won't go any faster just because Intel releases a faster chip.

If you have read other books about recent advancements in biology, then you will welcome the brief history lessons and the names of small biotech businesses actively pursuing genomics and proteomics.
However, 11 years later, many cited companies are no longer around. There is the obligatory James Watson and Craig Venter worship. Rather than elaborate on the benefits of 100 patents of animal species and how that differs from current animal husbandry techniques, there is an elaborate essay on the purported value of patenting without acknowledging that many patents are merely monopolistic attempts to protect "discovered" gene sequences without knowing what they do. The absence of any critical thinking such as doesn't that prevent others from use without licensing and won't that prompt retaliation in return that slows down future research after sequencing is complete speaks volumes regarding the author's comprehension of the field and the political realities of the U.S. Patent Office.

If you like computers and biology, then you will enjoy the hint at possible future job opportunities but the author merely knows how to type, not how to program so he glosses over whether the positions cited really need a Ph.D. in Computer Science with an emphasis on statistics or merely a Doctorate in one of many microbiology specialists with an ability to do basic programming. Genomics and Proteomics sound like big data problems but he doesn't elaborate on that either.

The condescension towards the Europeans unwilling to eat GMO is palpable. I'm all for Dow engineered corn with plastic-like properties because the material made from it can biodegrade unlike real plastic so it makes a sensible replacement for candy wrappers, snack containers and airline forks but none of that is mentioned. On the other hand, when Monsanto hurriedly studies a tomato only long enough to detect the gene that manages ripeness, replaces it by writing it backwards without any understanding of what that instruction now means or what it might do to gene expressions that occur in combination, studies the result only long enough to confirm that the ripeness issue has been addressed and demands the least amount of FDA approval in order to quickly get to market when there is no competition simply because investors got impatient and want to dump their stock, I'm unlikely to buy it or eat it. But according to the author, all science is great!

The last two chapters were thrown together to kind of address a need to improve science education in the U.S. so most ideas are not well-formed and lack supporting evidence.

The book does not cost very much and is a fine collection of facts from other sources that span a broad range of relatively recent scientific achievements. You can Google most of these for more information about whether they eventually led to something bigger or never actually panned out.

Inter-dispersed among the fun science facts are many fun, thought-provoking ideas such as if cloning really works without damage, then why not clone a human? why not clone a dead relative? why not freeze dry your cells so that you can be cloned in the future? will your progeny decide to clone you based in part upon how you live your life? Would the introduction of all these new people impact world resources? But again, none of these ideas are developed.

It's a quick read as the text size makes many pages read like captioned imaged. It's a great collection of fun facts to introduce as conversation starters in a bar or at a party with friends. It's a horrible attempt to proselytize the possible benefits of studying DNA in hopes of combating crop loss, developing medicine, fighting disease or delaying old age.