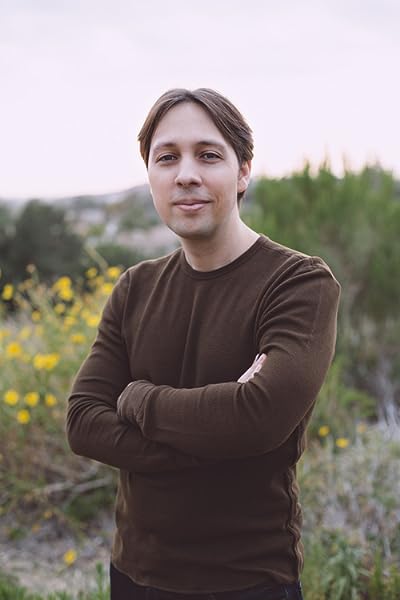 The Art of Language Invention: From Horse-Lords to Dark Elves, the Words Behind World-Building (英語) ペーパーバック – イラスト付き, 2015/9/29

“David Peterson's language work transformed our show, investing it with a sense of reality and history that would have been impossible without him. There's nothing like the real thing, and David Peterson is it. This fascinating book will not only illuminate the task of language creation--it will make you look at your own language in a whole new way.”
—David Benioff and D.B. Weiss, co-creators of HBO's Game of Thrones

“David J. Peterson’s The Art of Language Invention accomplishes a minor miracle in taking a potentially arcane discipline and infusing it with life, humor and passion.  It makes a compelling and entertaining case for language creation as visual and aural poetry.  I cherish words, I love books about words and for me this is the best book about language since Stephen Fry’s The Ode Less Traveled.  And, best of all, there’s a phrasebook!”
—Kevin Murphy, co-creator and showrunner of Syfy’s Defiance

“If you want to know how someone makes up a language from the ground up, you'll find out how in this book—and the glory of it is that along the way you'll get the handiest introduction now in existence to what linguistics is. In fact, read this even if you DON'T feel like making up a language!”
—John McWhorter, author of The Language Hoax

“Accessible, entertaining, and thorough, Peterson has created an invaluable resource for authors, dedicated fans, and casual enthusiasts. This is the book I wish I'd had when I started writing.”
—Leigh Bardugo, New York Times bestselling author of Shadow and Bone

“This book not only lucidly ushers language invention into its own as an art form, it's also an excellent introduction to linguistics.”
—Arika Okrent, author of In the Land of Invented Languages

"Mr. Peterson illuminates the ins and outs of being a professional developer of “constructed languages”...Language invention requires not only technical know-how but also playfulness and a degree of historical savvy.”
—The Wall Street Journal

When I was a kid, the original Star Wars trilogy had just completed its initial run in theaters, and Star Wars was everywhere. I had a toy sand skimmer (which I broke), a toy TIE fighter (which I also broke), and a read-along Return of the Jedi picture book with accompanying record which would play the sound of a ship’s blaster when you were supposed to turn the page. (If you’re too young to be familiar with record players as anything other than “vinyl,” type “Pac-Man record read along” into YouTube to familiarize yourself with the concept. That was my childhood.)

In short, aside from He-Man, Star Wars was pretty much the thing if you were a child of four in 1985. At that age, when I watched movies, I didn’t really pay careful attention to the dialogue, and wasn’t able to follow stories that well. Consequently when the Star Wars trilogy was rereleased in 1995, I rewatched it eagerly. Once I got to Return of the Jedi, I was struck by what I thought was a particularly bizarre scene. In the beginning of the movie, Princess Leia, disguised as a bounty hunter, infiltrates Jabba the Hutt’s palace in order to rescue Han Solo. She pretends to have captured Chewbacca, and engages Jabba to negotiate a price for handing him over. In doing so, Leia pretends to speak (or evidently does speak, via some sort of voice modification device) a language Jabba doesn’t. He employs the recently acquired C-3PO as an intermediary. As near as I can tell, this is how the exchange goes (transcription is my own; accent marks indicate where the main stress is):

LEIA: Yaté. Yaté. Yotó. (SUBTITLE: “I have come for the bounty on this Wookiee.”)

C-3PO relays this message and Jabba asks why he should pay so much.

The above isn’t subtitled, but Leia pulls out a bomb and activates it.

The above isn’t subtitled, but Leia deactivates the bomb and puts it away.

I want you to remember that I was in seventh or eighth grade at the time that I was rewatching this. I was not a “language” guy at that point by any stretch of the imagination. I never dreamed that a human could invent a language, and even if I had, I probably wouldn’t have been able to come up with a good reason for one to do so. Furthermore, up to that point, I’d never studied a second language, and the prospect filled me with dread (I had enough trouble understanding my Spanish-speaking relatives who always spoke too fast for me).

But even so, I knew something was wrong here. How on earth does Leia say the same thing twice and have it mean something different the second time? Even if we take C-3PO for an unreliable translator (he is quite loquacious, after all), that applies only to the last two phrases. How could one expect to have an unreliable subtitle? Subtitles are supposed to lie outside the world of the film. If you can’t rely on a subtitle provided by the film’s creators, how can you rely on anything?

In trying to resolve this conflict, it occurred to me that the only plausible explanation for this aberrant phenomenon is that the language itself was correct, but worked differently from all other human languages. In our languages (take English, for example), a word’s meaning can be affected by the context it’s in, but if you control for context, the word will always mean the same thing. Thus, if you’re telling a story about your dog, and you use the word “dog” several times throughout the story, it will still refer to a fur-covered animal that barks and covets nothing so highly as table scraps. This is fairly standard and uncontroversial.

What would happen if a language didn’t do that, though?

Take, for example, the word I have transcribed as yotó above. What if it changed its meaning over the duration of a discourse? Naturally, one would have to define a discourse, but I think it’s fair to consider this conversation featuring Leia, Jabba, and C-3PO a single discourse, so we can leave that concern aside for the moment. What if the word yotó has several definitions? Specifically, what if the first time it’s used in a conversation it means “this wookiee”; the second time it’s used it means “50,000”; and the third time it’s used it means “no less” (or the rough equivalent of those)? The same, then, applies for all other words in the language. That would resolve the ambiguity. How could one possibly use such a language? Well, they are all aliens (Star Wars, recall, takes place a long time ago in a galaxy far, far away). Maybe they’re just better at this stuff than humans. Why not?

This was where my brain went while rewatching Return of the Jedi for the first time. At some future date I may have shared this with a friend, but if I did, the response was likely an eyeroll. This quirk was just an unimportant detail in an otherwise fantastic movie. Why bother about it?

And so that’s pretty much where my thought experiment died. I didn’t take it any further, and no one was really interested, so I didn’t think about it again until college.

But that, of course, was a different era—a pre-internet era. Who does a teenager have to share news with other than their family, friends, and teachers? Who do they come in contact with? In 1995, that’s pretty much only the people who live near you and with whom you interact on a daily basis. How would you ever get ahold of anyone else? How would I have known that someone in the Bay Area, let’s say—less than five hundred miles away—had the same idea I’d had and also found that exchange interesting? In 1995, there was no way.

Then the internet happened.

Yes, the internet had been around for a while in 1995, but it wasn’t a thing that just anyone could have access to. America Online changed all that. Pretty soon it became a thing to race home from school and go into a chatroom with a bunch of random people to talk about . . . nothing. And that was how we entertained ourselves—for hours. What a world, where you could chat with someone who lived in Lancaster, Pennsylvania, about how Soundgarden rules!

As it turns out, though, I wasn’t the only person to pick up on this. Another conlanger I’d later meet at the First Language Creation Conference, Matt Haupt, asked exactly the same question, and devoted a blog post to deconstructing that scene specifically. And we weren’t the only ones. The Ubese language has its own entry on the Wookieepedia (yes, that’s a thing) where contributors have written up an entire backstory for the language that is, first of all, not a full language, and, ultimately, poorly constructed and not worthy of serious consideration.

So let me bring back David Benioff and Dan Weiss’s question to me on the night of the Game of Thrones premiere. If the actors speaking Dothraki or High Valyrian or Castithan or whatever make a mistake, who would know but the creator? Who would care? The truth is probably one in a thousand people will notice, and of those who do, maybe a quarter will care. In the 1980s that amounts to nothing. In the new millennium, though, one quarter of 0.001 percent can constitute a significant minority on Twitter. Or on Tumblr. Or Facebook. Or Reddit. Or on whatever other social media service is currently taking the internet by storm. To take a recent (at the time of writing) example, there was Frozen fan fiction and fan art circulating the internet before the movie had even premiered—and when it did premiere, it took a matter of hours for everyone to learn that Kristoff’s boots weren’t properly fastened, and that this was a big deal as it was disrespectful to the Sami people and their culture.

One of the most significant things about our new interconnected world is that the internet can amplify a minority voice exponentially. Yes, few people, comparatively speaking, will care if an actor makes a mistake with their conlang lines. But thanks to the internet, those few people will find each other, and when they do, they’ll be capable of making a big noise. Every single aspect of every single production on the big and small screen is analyzed and reanalyzed the world over—and in real time. Every level of every production is being held to a higher standard, and audiences are growing savvier by the day. Language—created or otherwise—is no exception. In order to meet the heightened expectations of audiences everywhere, we have to raise the bar for languages created for any purpose. After all, if we don’t, we’ll hear about it.

David J. Peterson began creating languages in 2000, received his MA in Linguistics from the University of California, San Diego, in 2005, and cofounded the Language Creation Society in 2007. He has created languages for HBO’s Game of Thrones, Syfy’s Defiance and Dominion, the CW’s Star-Crossed, and Thor: The Dark World. He is also the author of Living Language Dothraki.
続きを読む

Rebelcka
5つ星のうち5.0 Bought for my dissertation
2019年10月3日に英国でレビュー済み
Amazonで購入
I used this as a good starting part for my dissertation, the casual style and little jokes throughout makes research much more manageable, and gives you a lot of opportunities to delve into further depth with your own studies if needs be. Plus, I just love the dude, I'm a huge fan of Dr Peterson and his work
続きを読む
違反を報告
レビュー を日本語に翻訳する

Georgy 11811
5つ星のうち5.0 A lot of great information
2020年6月23日にカナダでレビュー済み
Amazonで購入
This book breaks down languages in an amazing way. It breaks down the different sounds humans can make, tells you the history of some languages, compares the sentence structures of different languages, and many more.
続きを読む
違反を報告
レビュー を日本語に翻訳する
すべてのレビューを参照します
Amazonプライム会員ならお急ぎ便、日時指定便が使い放題
さらに、映画もTV番組も見放題。200万曲が聴き放題 。クラウドに好きなだけ写真も保存可能。
> プライムを無料で試す