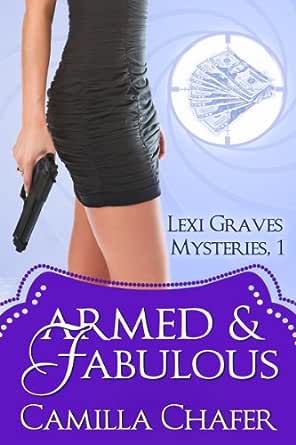 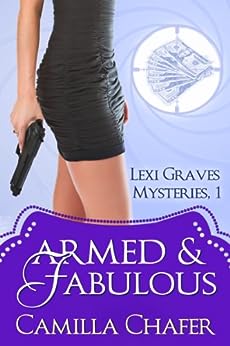 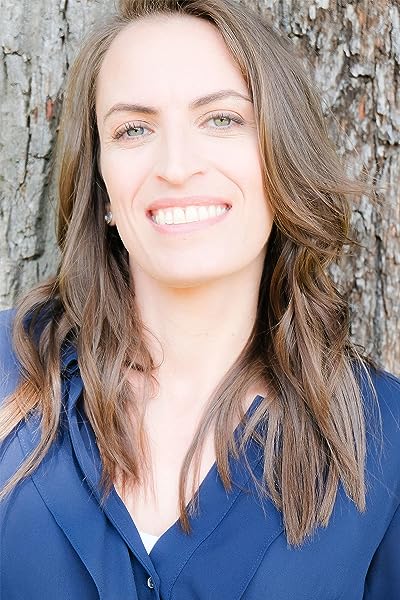 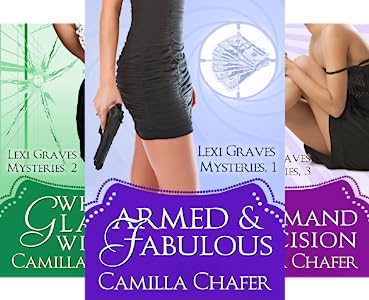 Shirley Ford
5つ星のうち3.0 Entertaining
2014年10月15日に英国でレビュー済み
Amazonで購入
I am embarrassed to say that this book has been sitting on my Kindle for almost eighteen months! Every time I went to read it, my attention was drawn to something better (not always so as it happens!) and it got pushed to the back of the queue. I have finally got around to reading it and although it is not brilliant, it is funny, entertaining and easy to read.

The story revolves around Lexi, a bored temp working in an Insurance Company. Bored that is until she discovers the body of the vice president – Martin Dean – lying in a pool of blood in his office. She suddenly finds herself recruited by a police task force, working undercover to solve a huge fraud scam, which her boss was somehow involved in. As people around her are killed off, Lexi realises that she has become the murderer’s next target. I guessed about three quarters of the way through who the murderer was, but it was still a good story with lots of twists and turns.
続きを読む
5人のお客様がこれが役に立ったと考えています
違反を報告
レビュー を日本語に翻訳する

Romance Reader
5つ星のうち4.0 Fun romance suspense book
2019年4月28日に英国でレビュー済み
Amazonで購入
My first time reading Camilla Chafer’s work, but I found this to be a quick & easy read. Funny in parts, this is a light read that’s well written & edited (only spotted one missing word). It’s also a clean read with no swear words or bedroom scenes. I suspected the villain before the reveal. However, much as I liked the main characters, I didn’t like the love triangle, & I can see this causing trouble in future books. The ending is a bit of a letdown: there’s no HEA, it’s not a cliffhanger, but it does stop abruptly. Furthermore, the author gives a rundown of what happened & why to wrap the story up, which is what I remember from my teenage years reading Nancy Drew & Hardy Boy’s.

Lexi is a fake blonde, working as an office temp, living up to the stereotypical blonde image. In actual fact she’s a fast & able worker (apart from her constant accidental deleting of files). She just likes to drag out the day by sneaking off to Starbucks, spas & internet shopping, which her new boss has discovered. When she finds the Vice President dead in his office, she hides in the closet, only to discover she’s not alone!

Adam Maddox is an undercover cop, working as Lexi’s new boss, hoping to uncover a fraud scheme. He’s a bit of a gentleman wanting to keep her safe. Working alongside the FBI with the quiet & mysterious Solomon, it’s their job to keep Lexi safe while investigating the case. Lexi herself wants to help, but with danger lurking at every corner & dead bodies stacking up, she needs to take care she doesn’t end up being the next victim.

By the way, the title of the book is a little misleading: Lexi is not “armed & fabulous” until near the end of the book! Overall, an enjoyable read, & the following books all have witty titles.
続きを読む
違反を報告
レビュー を日本語に翻訳する

I
5つ星のうち3.0 Good In Parts
2018年12月8日に英国でレビュー済み
Amazonで購入
I purchased this months ago and read about half before leaving it. I went back and picked up where I left off a couple of times but didn't get much further. I decided to give it one more try before deleting it and this time went back to the beginning and read to the end. From this you will gather that it wasn't a compelling read.

The good were the characters, they were attractive, interesting and sometimes witty and I wanted to know them better.

The not so good was the clumsy main plot, it had a few holes and was unnecessarily complicated, while the bad guy seemed obvious.

I am going to invest in the second book in this series in the hope that it will have a lighter touch when it comes to plotting and because I want to give Lexi, her friends, family and suitors another chance.
続きを読む
違反を報告
レビュー を日本語に翻訳する

Book Maniac
5つ星のうち4.0 Okay but not one of the best
2018年2月15日に英国でレビュー済み
Amazonで購入
I have mixed feelings about this book which makes it difficult to give a definitive review but here goes. The fraud aspect was interesting but it was pretty obvious who was killing off the bad guys if you really considered the most likely person to be involved in the stealing of the money. Lexi did not strike me as a believable character. She came across as rather stupid and not smart, as she was supposed to be. Smart people don't keep accidentally deleting their work on a computer. I found it dragged a bit at times so found myself skipping pages. I liked some of the dialogue but Lexi's way of speaking made her seem like a bit of an airhead. I also didn't like the way she is crushing on Soloman and allowed him to give her a kiss when she is dating Adam because it makes her seem disloyal. Overall, this was an okay book but, for me, there was something lacking, maybe because it did not have great depth of atmosphere and it was impossible to take it very seriously as it smacked more of a spoof than a credible mystery.
続きを読む
違反を報告
レビュー を日本語に翻訳する

Here Lexi Graves takes on a new admin temp job it has its perks as in her sexy new boss Adam who turns out not to be who he is supposed to be.

Stumbling into murder after murder Lexi has to work out what's she supposed to know to bring the case to a close before she's next on the list.

Working with Adam & Solomon is certainly gonna leave Lexi with an exciting future ahead of her.