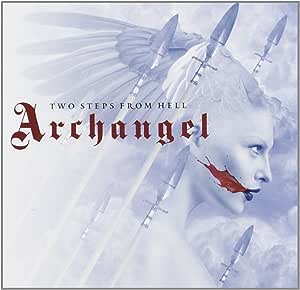 Amazon Customer
5つ星のうち4.0 Excellent album definitely worth having in your collection.
2020年2月16日に英国でレビュー済み
Amazonで購入
Excellent music brilliantly played especially the drummer, get up and go music to listen to fantastic. Merethe Soltvedt singing is exceptional and certainly adds to the album
続きを読む
違反を報告
レビュー を日本語に翻訳する

Chrissy22
5つ星のうち4.0 As good as the first one I purchased
2013年12月31日に英国でレビュー済み
Amazonで購入
I already have "Invincible" and decided to buy another album from these performers. All I can say is that I wish they would come to the UK. If you like rousing classical style music with a modern twist this is for you. Some of the choral tracks are exceptional and I have heard some being used in tv advertising to great effect. You need to play the cd very loudly though to get the full effect. If you live in a detached property in the middle of nowhere ... so much the better.
続きを読む
違反を報告
レビュー を日本語に翻訳する

richbriscoe
5つ星のうち5.0 excelent workout music
2012年9月29日に英国でレビュー済み
Amazonで購入
I stumbled across this music on youtube & thought it'd be pretty good workout music & nice change from the normal rock i listen to. I found its right up my street because they work the electric guitar into the epic classical sounds very nicely.

I was right, it gets you totally pumped! I also recommended it to a friend who took it to the gym on his mp3 & he described it as like running into battle while on the treadmill.

I wouldn't recommend listening to it in the car coz once you get into the music you'll no doubt be breaking the speed limit!

So for me it was an excelent buy, i'm totally into it & it complements my taste im music very nicely. I intend to buy the 'Immortal' album also.

I ordered it from a supplier in the states coz it was cheaper & although I was quoted 28 day for delivery it came in about a week & a half so I was very happy.

NattO
5つ星のうち5.0 PANIC!
2014年2月17日に英国でレビュー済み
Amazonで購入
I lost this CD for a week and nearly had a panic-attack! Clearly I must like it and I missed my epic journeys of stupendousness in the car without this collection of amazing orchestral splendour. I often study to this CD and will definitely buy more Two Steps from Hell in the future. Thank you Amazon recommendations for showing me this. If you like soundtracks to things like Lord of the Rings and other movies of epic proportions then this is great music to get lost in.
続きを読む
違反を報告
レビュー を日本語に翻訳する

Ranald C.
5つ星のうち5.0 My No 2 rating for my TSFH collection
2014年1月1日に英国でレビュー済み
Amazonで購入
It was a hard call between this and Skyworld, but as an "album", the other is on average better in my opinion. Ever wondered where ad agencies, game producers & even some well known composers get their riffs, ideas for musical feel or even complete tracks ? TSFH, Audiomachine and their ilk are those places. The BBC seems to love TSFH as pieces of the albums appear in adverts for BBC World shows regularly. If you like the works of Alan Silvestri (Van Helsing) or Hans Zimmer (Dark Knight & Pirates of the Carribean) and have a general liking for modern classical or neo-classical music, albums like this are glorious.
続きを読む
違反を報告
レビュー を日本語に翻訳する
すべてのレビューを参照します
Amazonプライム会員ならお急ぎ便、日時指定便が使い放題
さらに、映画もTV番組も見放題。200万曲が聴き放題 。クラウドに好きなだけ写真も保存可能。
> プライムを無料で試す