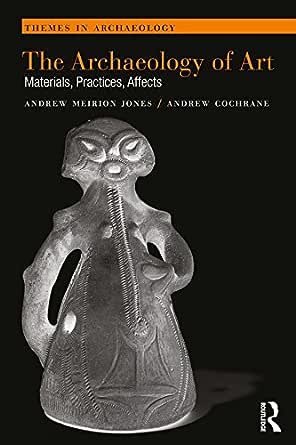 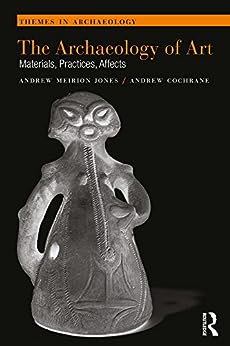 How can archaeologists interpret ancient art and images if they do not treat them as symbols or signifiers of identity?

Using case studies - examining rock art, figurines, beadwork, murals, coffin decorations, sculpture and architecture from Europe, the Americas, Asia, Australia, and north Africa -the authors develop an understanding of the affective and effective nature of ancient art and imagery. An analysis of a series of material-based practices, from gesture and improvisation to miniaturisation and gigantism, assembly and disassembly and the use of distinctions in colour enable key concepts, such as style and meaning, to be re-imagined as affective practices. Recasting the archaeology of art as the study of affects offers a new prospectus for the study of ancient art and imagery.

Andrew Meirion Jones is Professor of Archaeology, University of Southampton, UK. He has both taught and written extensively on the archaeology of art, particularly prehistoric rock art. His most recent books include ‘An Animate Landscape’ (Windgather, 2011), ‘Prehistoric Materialities’ (OUP, 2012) and ‘Archaeology after Interpretation (Left Coast Press, 2013) edited with Ben Alberti and Josh Pollard. He is currently completing a Leverhulme funded project using digital imaging to examine the remarkable art of Neolithic Britain and Ireland.

Andrew Cochrane is a Lecturer in Archaeology, Cardiff University, and Fellow of the Society of Antiquaries. Previously, he was Project Curator at British Museum, and worked on several major exhibitions, including The Power of Dogu (British Museum: 2009), unearthed (Sainsbury Centre for Visual Arts: 2010), and Ice Age Art (British Museum: 2013). His most recent books include: ‘Visualising the Neolithic’ (Oxbow Press, 2012) edited with Andrew Jones, and ‘Art and Archaeology’ (Springer, 2014) edited with Ian Russell.