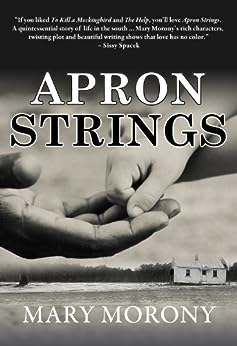 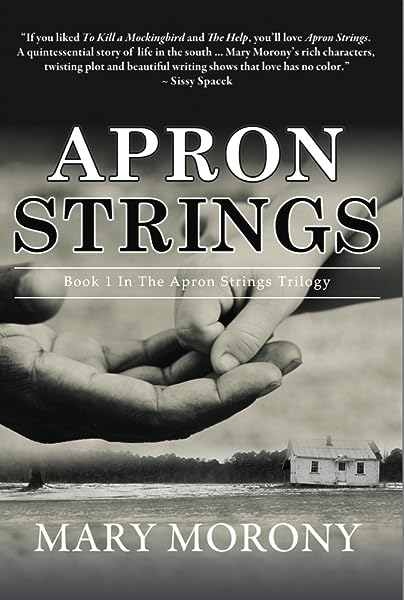 When a grown-up tells you not to worry, you had better start—first rule of thumb, Sallee Mackey, age seven. She is already more than a little bit wary of the adults in her Jim Crow era, Southern world with good reason. Sallee’s mother Ginny is flat out dangerous; her father Joe is on his way out the door; and Mr. Dabney the bigoted neighbor seems to be just a little too interested with the goings on at Sallee’s house—like he knows something no one else does. The only adult to be trusted is Ethel, the family maid, who has known Sallee’s mother since Ethel and Ginny were both girls.

That complicated relationship started the day Ethel spied Ginny kissing the black stable boy years ago. While Ginny has conveniently forgotten that she even knew Ethel back then, Sallee has not as she constantly lobs questions at Ethel about her mother’s girlhood.

From Sallee’s oft times humorous and always guileless vantage, grownups have a most mixed up view of the world. What does skin color have to do with learning? Closing schools rather than have black and white children in the same classroom, what’s the sense of that?

Ethel gives her very own biased account of her shared history with Ginny while Sallee hones her vigilance and stealth, skills she and her brother and two sisters have acquired in an attempt to understand the drama that swirls around them. Rocks are thrown through windows, a car filled with angry white men shout racial slurs at the children at play and a tragic poisoning threatens the entire family’s sense of security.

When Joe Mackey asks Ethel to testify on his behalf in a custody suit, her conflicted loyalties throw the entire family into even more turmoil.

Author Mary Morony is one of six children. She was born and raised in Charlottesville, Virginia, mainly by her family's maid. It was a time and place of segregated schools and water fountains, as well as restaurants and movie theaters that prohibited black customers. The mother of four children, she earned a bachelor of arts in English at the University of Virginia, with a concentration in creative writing, when she was in her forties. Morony was inspired to write Apron Strings by the relationship she was privileged to have with her family's maid, who taught her love and acceptance with warmth, humor, and unending patience. The author lives on a farm in Orange County, Virginia, with her husband, four dogs, and her daughter's cat.

Fiona P
5つ星のうち4.0 Recommended
2014年8月12日に英国でレビュー済み
Amazonで購入
An excellent read, entertaining, lots of bits that made me smile - the misunderstandings of Sallee and her siblings about the things they hear - and a few heartrending moments too. The characters were well drawn, no over romanticised portrayals of the coloured servants, but I liked how the children were so loyal to Ethel despite her problems. Don't read expecting 'happy ever afters', it leaves you hanging a bit at the end with some loose ends - so much so that I had a look to see if there was a sequel (sadly not yet anyway).
続きを読む
4人のお客様がこれが役に立ったと考えています
違反を報告する
レビュー を日本語に翻訳する

Polly Green
5つ星のうち5.0 Apron Strings
2018年4月4日に英国でレビュー済み
Amazonで購入
I really enjoyed this book and felt a lot of sympathy for the main characters.
The story was well written and flowed well. I sorry when I finished it and shall probably buy the next two in the trilogy.

the artist
5つ星のうち4.0 not a bad book this
2014年7月5日に英国でレビュー済み
Amazonで購入
not a bad book this, it certainly makes you realise how prejudiced some people could be and just how forgiving the serving classes were, it did confuse me at some points the way it went from one to another but o the whole a book worth reading.
続きを読む
違反を報告する
レビュー を日本語に翻訳する