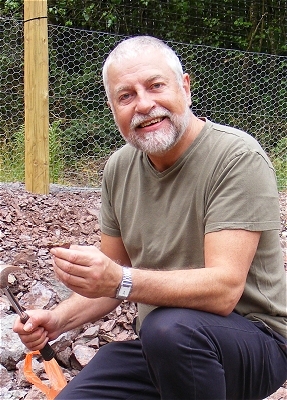 BB
5つ星のうち5.0 The Truth
2021年3月13日に英国でレビュー済み
Amazonで購入
Through all the confusion and deceit the truth shines through like a bright light. All people's should,must read, inwardly absorb and act upon the truth with absolute faith.
続きを読む
違反を報告
レビュー を日本語に翻訳する

Karen
5つ星のうち5.0 The truth
2020年11月1日にアメリカ合衆国でレビュー済み
Amazonで購入
When searching for truth, this book is indispensable. So glad I found it, thank you Mr Harding.
続きを読む
違反を報告
レビュー を日本語に翻訳する

R. Wolfe
5つ星のうち5.0 An Unexpected, Well-Deserved Rebuke of The Revelation as Cannon Scripture
2016年12月12日にアメリカ合衆国でレビュー済み
Amazonで購入
This is another of Mr. Harding's meticulously researched and yet quite accessible works. Harding specializes in addressing Biblical, archeological, and other scientific topics that fall into a realm that probably seems at once obscure and arcane to many (or possibly settled and not in need of review) but are in fact polarizing and completely central to the worldview and life-directing philosophy of many others (and completely in need of review or clarification). Often, Mr. Harding directs his efforts at pushing head-on into some topic that others would never dare to approach and from angles that are often unforeseen, bolstering what are often minority or non-mainstream theories or viewpoints with mountainous references, cold logic boldly proclaimed, and multiple reinforcements which are quite convincing and cannot leave the reader with an unambiguous result.

The Apocalypse Deception is no exception to his usual approach. One key aspect of Harding's work is that he always includes copious and quite relevant references which are often now obscure and rarely referenced by the average person but which are respected and well-documented nonetheless. He works from these towards his point or makes a point and explains how he is not the only one who has come this conclusion or that, even though this conclusion is currently ignored. This occurs frequently in this work, with excellent references to early church fathers and their takes on the authorship and meaning of The Revelation. Where and when Harding makes his own assertions, they are well thought-out and completely reasonable in light of his references and, in this case, this piece of ancient writing itself.

In short, if you've ever had doubts about The Revelation, you always should have--and this book will put all the nails in this ancient piece of "scripture"'s coffin and lay it to rest once and for all. Unfortunately, it also brings into question the validity of the early church's ability to choose which ancient works truly merited being official cannon and which were left out. The book of Enoch comes to mind here (another point of focus for Harding in a previous work) as having probably been left out incorrectly. And here, we have The Revelation being included unscrupulously. I know the Eastern Orthodox believe the Holy Spirit directed the early church in choosing the New Testament cannon--that is something I feel I am to accept without real question--but nowhere in any Scripture does it say this will be the case, and, indeed, it turns out not to have been the case.

One thing that I always do appreciate about Harding's works, though they can seem quite unorthodox and be working some non-mainstream angles pretty hard, he always boldly proclaims himself to be a believing Christian who holds fast to the most-key tenets of the faith. Here, his point is The Revelation is actually antithetical to those basic Christian tenets and is an example of the very deceiving spirits spoken of by apostles and Jesus's disciples going to work right away against the early church.

This is an important work. Also, like so many of Harding's books, it dovetails nicely with his other works. He writes from a solid, over-arching schema that allows each of his works to bolster the others. I highly recommend this and other works from this author if you have any interest in the Bible and what is supposedly Bible-inspired doctrine and thought. Recommending a book that has been included in the New Testament for the better part of two millennia be disregarded as heretical may seem to put Harding somewhere outside of mainstream Christianity. However, Harding, to date, has not pushed himself outside the realm of true orthodox Christian thought; he clarifies what it really might need to be.

The book does have some minor typos here or there which do need to be addressed (a paragraph partially, errantly repeated again here or a "their" for a "there" there--that type of thing). Do not let any of these minor issues take away from the great value of this work or detract from its due impact. Only for this reason, would I clarify that my 5-Stars might rather be a 4.5 until he sets these minor issues straight.
続きを読む
5人のお客様がこれが役に立ったと考えています
違反を報告
レビュー を日本語に翻訳する
すべてのレビューを参照します
トップへ戻る
Amazonについて
Amazonでビジネス
Amazonでのお支払い
ヘルプ＆ガイド
日本語ショッピングのための言語を選択します。 日本ショッピングのための国/地域を選択します。
© 1996-2020, Amazon.com, Inc. or its affiliates