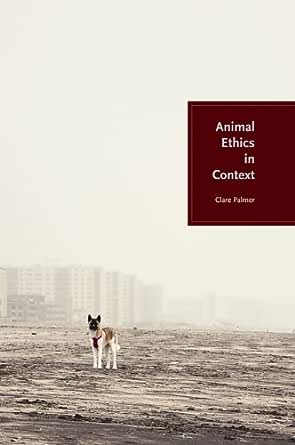 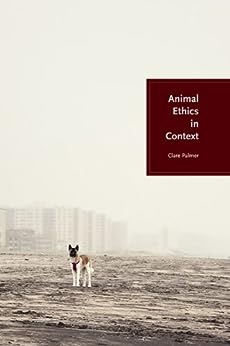 It is widely agreed that because animals feel pain we should not make them suffer gratuitously. Some ethical theories go even further: because of the capacities that they possess, animals have the right not to be harmed or killed. These views concern what not to do to animals, but we also face questions about when we should, and should not, assist animals that are hungry or distressed. Should we feed a starving stray kitten? And if so, does this commit us, if we are to be consistent, to feeding wild animals during a hard winter?

In this controversial book, Clare Palmer advances a theory that claims, with respect to assisting animals, that what is owed to one is not necessarily owed to all, even if animals share similar psychological capacities. Context, history, and relation can be critical ethical factors. If animals live independently in the wild, their fate is not any of our moral business. Yet if humans create dependent animals, or destroy their habitats, we may have a responsibility to assist them. Such arguments are familiar in human cases-we think that parents have special obligations to their children, for example, or that some groups owe reparations to others. Palmer develops such relational concerns in the context of wild animals, domesticated animals, and urban scavengers, arguing that different contexts can create different moral relationships.

The author offers the most careful treatment available of our moral obligations specifically to animals in the wild.--Jason Zinser "Quarterly Review of Biology "

It makes an original and important contribution to the philosophical literature on animal ethics and would make an excellent textbook for an introductory philosophy course in animal ethics, as it introduces readers to a range of theories, problems, and arguments as well as developing the author's own thought-provoking position.--Chlöe Taylor "Journal for Critical Animal Studies "

Joel Marks
5つ星のうち4.0 A model of its kind
2012年11月21日 - (Amazon.com)
Clare Palmer's Animal Ethics in Context is a model of its kind. I intend that as a mixed assessment, since I have come to take a dim view of the "kind" in question, that being moral philosophy.

Certainly as a work of moral philosophy, the book is state of the art. This is so not only because of the subtlety and precision of its theoretical analyses, but also because of its off-the-beaten-path choices of concrete issues to analyze. The subject matter is how we humans ought to relate to our fellow animals, and more particularly, "questions about assistance in animal cases" (p. 7). Palmer has decided to focus on "less well-trodden territory: coyotes displaced by housing developments, elk with fatal diseases, polar bears affected by climate change, dumped pedigree kittens, and garden birds" (p. 4) She continues: "My ... aim is to explore and develop some aspects of animal ethics that have been passed over or not well thought through in existing accounts" (p. 4). Palmer carries out this task admirably.

The trouble (for me) is the starting assumption - not questioned within the covers of this book - that the way to examine this sort of questions is through morality-tinted glasses. By "morality" I mean: what, in the final analysis, should or should not be done, or whether a given action would be right or wrong or permissible. To me the very notion of such a final judgment has come to seem ludicrous; or, more informatively put, both false and potentially harmful if embraced. Instead I see investigations such as Palmer's to be valuable if understood more modestly, as bringing various neglected considerations to our attention, and asking us to reflect on them carefully and logically. This too, I think, is ethics, but without the moral absolutism and pretense that only one conclusion could ever be justified.

The problem with the moral-theoretical approach to ethics is on full display throughout Palmer's book. For while seeking, in effect, a universal maxim to guide the behavior of anyone who finds him- or herself in a given situation, whether it be coming upon a wounded animal in the wild or an abandoned kitty in one's back yard, Palmer's detailed explorations must inevitably fall short in every case. The book's refrain is "This is an extremely complicated case, for a number of reasons" (p. 142). The reasons have to do both with the real context and with the theoretical background. All of this is surely worth thinking about. But it becomes antithetical to the real business of ethics, I would argue, when it strives to find that single right answer ... on the assumption, of course, that there is one. The practical upshot is that one will never reach a firm basis for action; but what is ethics supposed to be if not "the guide to life"?

Not for a moment am I suggesting therefore just rushing headlong into action without ever engaging in careful or even theoretical thought (plus empirical research when need be). My point is rather that the purpose of all that (I don't mind calling) philosophizing is not to discover The Answer, but instead to make sure our individual (or group) decisions are informed and rational. Even so, different but equally thoughtful and informed individuals (or groups) could arrive at different answers. Understanding matters in this way makes the ethical enterprise less "complicated" (because there will not be just one correct solution to the Rubik's Cube), and hence more likely to be useful (and also less likely to lead to animosities between those who disagree).

My review is somewhat unfair to Palmer in that her book does not deal explicitly with the issue I am raising. But that I think is precisely the problem, and for two reasons. First, my sense is that, despite Palmer's real concern about the subject matter she is examining, the cart is being put before the horse; that is, the book is really more about getting the theory right than about resolving any real practical issues. My view is that this is wrong-headed because there is no One Theory to be found or devised, and going in search of it therefore distracts us from the real concern, which in this case is the catastrophic treatment of other animals by human beings. (Note: Palmer does acknowledge that "... the contextual, relational approach to animal assistance I will be developing is not intended, in itself, to be a comprehensive account of animal ethics" (p. 4). However, I gather that it is intended to be sufficient to answer the cases she deals with in this book.)

The second reason it matters that Palmer's book gets off on the wrong foot is that this single-theoretical emphasis is, I suspect, largely responsible for its focus on several out-of-the-way issues, to the neglect of "paradigm controversies about harm - such as hunting or meat eating" (p. 4). Palmer's explicit reason for that neglect is precisely that they are "well-trodden territory"; but I submit they are well-trodden because of their practical importance. Meanwhile, it is a standard technique of theory differentiation to employ exquisite cases, whose practical significance may be minimal relative to the truly pressing matters of the day. Thus, Palmer writes, "I hope to have provided some explanation, at least, as to why there is (at present, anyway) no moral obligation to prevent the migrating wild wildebeest from drowning in the Mara River, even if that would bring about a better state of affairs in the world, but that those who allowed the Habersham horses to suffer and starve were indeed behaving in a way that was morally reprehensible" (p. 7). This is the kind of distinction that only a theorist could love. But to me (a "recovering theorist") it reverses the priorities of ethics conceived as a practical discipline.

I certainly will not deny that Palmer's turning attention to less familiar issues in the literature is sometimes salutary, perhaps in particular when they have to do with animal habitat or environment, which is her area of specialization. So let me state my conclusion generally and metaphorically: The trick is to navigate ethics between the Scylla of universal imperatives and the Charybdis of endless debate and qualification. (To use a related metaphor: These are two sides of the same Greek coin.) Moral theorizing risks being ship-wrecked on the shoal or sucked into the whirlpool. Palmer's book, in my opinion, expends too much effort tacking between those hazards, when otherwise it could have been clear sailing.
続きを読む
3人のお客様がこれが役に立ったと考えています
レビュー を日本語に翻訳する

ROROTOKO
5つ星のうち5.0 What we should do with regard to animals depends on context and relationship
2011年1月24日 - (Amazon.com)
"Animal Ethics in Context" is on the ROROTOKO list of cutting-edge intellectual nonfiction. The book interview of Professor Palmer ran here as the cover feature on January 10, 2011.
続きを読む
レビュー を日本語に翻訳する
Amazon.comのカスタマーレビューを見る(2) 5つ星のうち4.5
click to open popover
Amazonプライム会員ならお急ぎ便、日時指定便が使い放題
さらに、映画もTV番組も見放題。200万曲が聴き放題 。クラウドに好きなだけ写真も保存可能。
> プライムを無料で試す