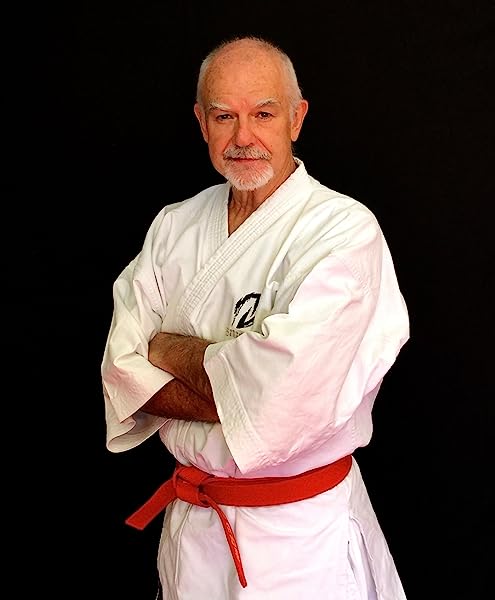 Joseph J. Truncale
5つ星のうち4.0 A good basic guide to a few weapon katas developed by martial art masters in Okinawa.
2013年3月1日にアメリカ合衆国でレビュー済み
Amazonで購入
I have been both a student and instructor of numerous martial arts (Judo, Jujitsu, Karate, Kobudo, Kenjutsu, Kendo, Combatives) for more than 60 years. This book was first published in 1999 and though I have read hundreds of martial art and self-defense books over the years, I had not read this one until recently. This book covers (Ancient Okinawan Martial Arts) material that previously had not been translated into English. The author ( Patrick McCarthy) received permission to translate the original text into English.

This book is organized into two parts. Part one (By Taira Shinken) explains the Ryukyu Kobudo Taikan: An Encyclopedia of Ancient Ryukyuan martial arts. This section names the board of directors for the Ryukyu, Bo-jutsu fundamentals, How to hold the Bo, Bo-jutsu Makiwara, The Sai-jutsu of Hamahiga, The Tuifa-jutsu of Hamahiga, The Bo-jutsu of Sueyoshi, The basic kata of Nunchaku-jutsu and the translator's afterthoughts. This part also demonstrates all the basic kata using these weapons.

Part two (By Patrick McCarthy) tells about the Taira Shinken: the father of modern Kobudu. He also covers a short history of Taira's Kata Syllabus.

In conclusion, this book would be of value to those studying Okinawan karate and kobudo (or Kobudu as the author spells it in this text ?). However, without a Okinawan Kobudo expert's guidance, attempting to learn the kata from merely reading this book will be unproductive. If you use this text along with actual training with an instructor of Okinawan Kobudo, you will increase your skill and knowledge of using these weapons.

Sin Jo Martial
5つ星のうち3.0 Disappointment - expected more
2005年12月17日にアメリカ合衆国でレビュー済み
Amazonで購入
Mr McCarthy has disappointment me in this volume. Perhaps its due to the fact that I have trained in these traditional weapons for many years and under a number of highly knowledgable and wise teachers [Motokatsu Enoue, and more recently under his son Kisho Enoue (Hanshi) as well as a number of others; Mr Okawa (Shihan), Mr Mead (Shihan), Mr Jardine (Shihan) and Mr Masaru Shingai (8 Dan) all of whom are a part of the Yuishinkai & RyuKyu Kobujutsu Association (Yuishinkai & Ryukyu Kobujutsu Hozon Shinko Kai)].

I think that it would be better to use Mr McCarthy's book as a reference and learn form the people who still practice the forms and kata the way it was done 50 or more years ago. Of course there will be changes in the form and details but then again people are larger and our diets have changed significantly over the last 1/2 century.

I was also concerned with some of his photos where his shoulders seem to be raised - this was always a criticism I received from Inoue Gansho and from Shingai San during my training under their guidance. I was told that it was a particularly Western problem and it needed to be 'practiced out'.

I was also concerned with some of his postures when holding a bo especially the jodan uke posture. Of course photos in a book are always a problem as one tends to have to pose for them and this in itself is not a natural state, in any case. I have done this and suggest that it is very difficult to get it right. One needs a number of experts to be editors to ensure that the photos reflect the right moment.

In the sai kata there are distinct differences in moves and interpretation, not to say that they are wrong but that there are many different ways of performing the move/s and the reason for this varies from kata to kata. Some, as in photo 96 are performed differently, and has been done as a soto uke followed by a wrist strike and then a jodan strike. These are alternatives which photos and books cannot explain as they are linear and sequential but which live teaching can.

However, I think that Mr McCarthy's research and efforts are certainly well intentioned and valuable and at no time should a reading of his work be devalued because of some minor errors. I will continue to refer to this book along with others he has written and find then useful to compare. I will use these as a reference to changes and interpretations of kata and applications. Also his historical notes and records are vital for those who do not speak and read Japanese and Chinese.

The quality of the book is fine but the lack of occasional diagrams to show orientations and movement leave some critical gaps especially when compared with previous volumes (Classical Kata of Okinawan Karate for example). I think that too much was put into this book which is a pity because previous book shave been excellent.
続きを読む
1人のお客様がこれが役に立ったと考えています
違反を報告
レビュー を日本語に翻訳する