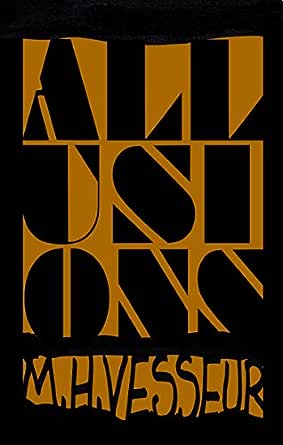 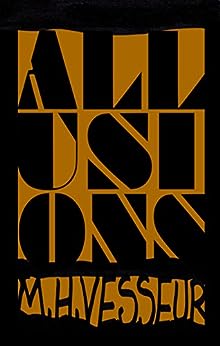 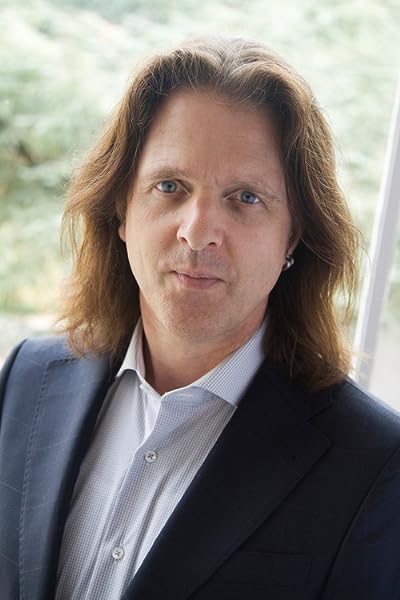 Roger Hale
5つ星のうち4.0 Unmistakably unique and engaging.
2015年12月17日にアメリカ合衆国でレビュー済み
Amazonで購入
Looking at civilization in general, one gets the feeling there’s more to the picture than meets the eye. Most of the time that hidden meaning is revealed only in retrospect. But every now and then, someone lifts the veil a little bit and reveals an unexpected, albeit weird truth that is hovering over our heads, or rapidly approaching.

That could be what’s going on in “Allusions”, this weird collection of surreal short stories by M.H. Vesseur. I can believe they were published by literary magazines before, as the publisher’s text says, because it takes a special audience to appreciate Vesseur’s huge, gazing stare. He enlarges contemporary topics to a sometimes uncomfortable size.

Imagine eternal youth, dark version.
Imagine the supreme amusement park, lethal just for fun.
Imagine the stalker who’s actually wanted in the world of the famous.
Imagine a work of art that might save the world.

While his visions are unmistakably unique and engaging, I also want to stress that this is not your regular read. If you expect a logical narrative, you will find that the majority of these obviously experimental works seem to require no narrative whatsoever. They make their own rules. In that sense they can not really be compared with other works, and that makes them hard to judge. While I enjoyed the strangeness of “Allusions”, you will have to make up your own mind.