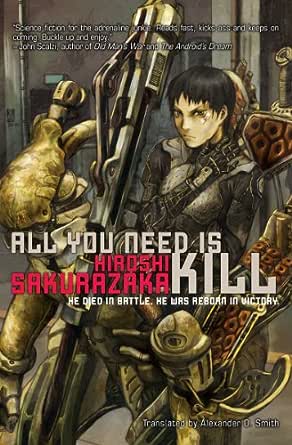 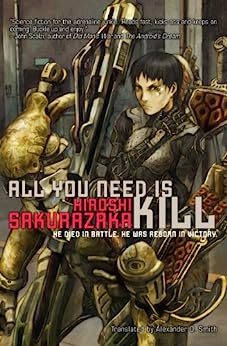 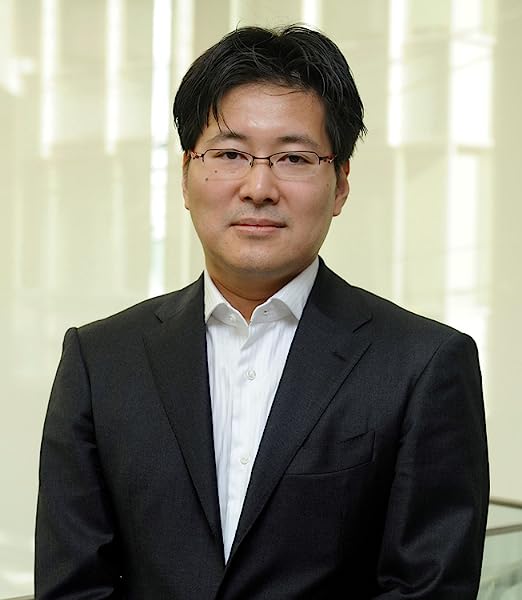 All You Need Is Kill (English Edition) Kindle版

Hiroshi Sakurazaka was born in 1970. After a career in information technology, he published his first novel Wizards' Web in 2003. His 2004 short story Saitama Chainsaw Massacre won the 16th SF Magazine Reader's Award. His other novels include Characters (co-written with Hiroki Azuma) and All You Need is KILL, which was published by Haikasoru in 2009. --このテキストは、絶版本またはこのタイトルには設定されていない版型に関連付けられています。

J. Potter
5つ星のうち5.0 Original and brilliant, a great mix of sci-fi, character and action
2013年9月26日に英国でレビュー済み
Amazonで購入
It goes like this - I'd watched Oblivion and despite its flaws rate it as the best cinema so far this year (2013). I got the blu-ray and listened to the excellent commentary by Tom Cruise and Joseph Kosinski, which led me see what Tom was currently working on, which IMDB told me was a movie called the 'Edge of Tomorrow', based on a Japanese novel called 'All you need is Kill'. There was barely anything online for the movie so I checked out the book on Amazon. It had been translated into english. Three minutes later I turned the first page. It's not a long book, about 230 pages. I started reading Friday night, slept a couple of hours and started reading again Saturday morning. Finished it a few hours later. It was so good and so clever, my first impulse was to read it over again.

Keiji is a rookie soldier fighting for the Japanese army in a global future war against an alien invading force. A war now decades old against an alien enemy called 'Mimics', far superior than human armies. The alliance of nations have joined forces not only in combat but in developing technologies, the height of which are armoured 'jackets', suits worn by male and female soldiers alike, that bring them closer to the physical characteristics of the invading 'mimics'. Having been trained to the peak of his physical capabilities Keiji is propelled into combat for the first time and instantly fatally wounded. Realising he is going to die he makes a last effort to kill the nearest mimic to him. He is torn to pieces and then wakes up in bed, thirty hours before he died. He dies just as quickly that day too and wakes up in the same bed. Realising he has become trapped in a time loop Keiji determines to become the best soldier he can, so that he may survive and live out the day.

In a word: fantastic. There is of course a similarity in the structure to Jake Gyllenhaal's 'Source Code' but this book predates that. I wouldn't be surprised if AYNIK was the inspiration for Source Code. The quality of the story for me is that it introduces wild concepts to crank up the tension but come the end there are no loose ends. Everything is explained, our understanding of the time loop becomes a vital part of the ongoing story. The story has a real sense of humanity laced with the action and sci-fi. I'm not a sci-fi guy generally but this was so grounded in a progression of the human story, great action and character, there was not a line or page that wasn't totally captivating. The invention is just superb.

What didn't I like? Absolutely nothing. I did struggle to fully imagine the mimics - a cross between a starfish and a bloated frog - but that was it. All in all if you like sci-fi, time travel, action or originality, then check this out. Very highly recommended. Can't wait to see the movie.

I hope this was helpful.

paul sparks
5つ星のうち5.0 As good as the film
2019年8月20日に英国でレビュー済み
Amazonで購入
Well, almost as good as the film, I can't believe I had not read this book earlier, I am big fan of the film but obviously had failed to do my research as I did not realise it was based on a book, this book helps give some background to the story that the film didn't and obviously to suit Hollywood the characters became Americans predominantly, a good read that enhanced the viewing experience
続きを読む
1人のお客様がこれが役に立ったと考えています
違反を報告
レビュー を日本語に翻訳する

Dyl
5つ星のうち5.0 Great sci-fi story that drags you in.
2012年11月28日に英国でレビュー済み
Amazonで購入
Reading the blurb about this book I wasn't sure whether to give it a try or not. I was worried that it was going to be too far towards the `nerdy' end of the sci-fi spectrum. I don't like too much waffle about technical data, and things like the history of the design changes of the equipment used. Too many made up words for futuristic or alien paraphernalia just make the whole thing incredibly boring as far as I'm concerned. However, after reading the available sample I downloaded it straight away and loved every page of it.
The story is not really unique in any way. I suppose it could be described as Groundhog Day in a war against alien invaders. It is written in a way that makes it all seem fresh and original though. The main plot revolves around a Japanese soldier who dies in a battle and then wakes up to relive the last thirty hours repeatedly. Each time he goes through this loop he has the opportunity to try and figure what he needs to do and learn new skills and tactics to take on through to the next loop. He also discovers someone along the way who can sympathise with what he is going through.

It has been said that video games played a part in the idea behind the story and I can see how. You may charge into a video game scenario all guns blazing, only to get killed by a bad guy. But you can reload from the last save point and try again, hopefully having learned from the previous mistake... A bit like travelling back in time.
The alien invaders don't take over too much of the story. Just enough is said about them to know where they came from, what they are doing and what they are capable of. This is a good thing as it means you are in the company of the lead character throughout the book, getting to know him, like him, and feel sorry for him, itching to know what he is going to do next, and willing him to learn more about what he needs to do. It also means that there is not too much of the waffle with made up technical jargon I mentioned before.

When using time travel in books and films it has to be done well in order for the story to work. If it isn't then you risk the fan boys pouncing on every little detail and ripping it to shreds. Well they won't be jumping on this one. The theory behind the story holds strong and there doesn't appear to be any point where you may be left thinking something along the lines of, "Hang on! How did he send his own father back in time to become his father?", a la Terminator, (I know it's still a great film but hopefully you get my point).

As I was reading the book I couldn't help but think, "I bet they make a film of this." It turns out someone already is and it will star Tom Cruise (so it's changed already then, as Mr Cruise is not very Japanese). Hopefully, they do it justice though, instead of turning it into a dumbed down, "God bless America. Aren't we fantastic for saving the world yet again," load of rubbish. This book deserves recognition for being a clever story, not just a load of explosions, special effects, and a big name actor.
続きを読む
2人のお客様がこれが役に立ったと考えています
違反を報告
レビュー を日本語に翻訳する

Syriat
5つ星のうち5.0 Groundhog Troopers
2013年12月16日に英国でレビュー済み
Amazonで購入
You could summarise this book as being a cross between Groundhog Day and Starship Troopers. Kenji is our main character and he is entering his first battle against the invading alien force. He dies and the re-awakens 30 hours before the battle. He is then forced to relive the battle again and again.

Soon to be made into a Hollywood Film (renamed Edge of Tomorrow and starring Tom Cruise) this is a short but intriguing novel. It tells its story well and gradually unfolds the drama of the repeating battles without going into each trip rounds the cycle. I enjoyed the whole premise and yes it might start like Groundhog Day but it soon becomes its own entity and all the better for it. I felt myself struggling occasionally with the usual paradoxes of time travel but the narrative and story are given a momentum by the entire concept that keeps you reading and hoping Kenji can find tomorrow. The conclusion is something I enjoyed and after reading this I'm interested in the film but also in the author. Sci-fi fans will be well rewarded by this book.
続きを読む
1人のお客様がこれが役に立ったと考えています
違反を報告
レビュー を日本語に翻訳する

rs
5つ星のうち5.0 A truly original sci-fi story
2020年11月30日に英国でレビュー済み
Amazonで購入
I came to this having watched Edge of Tomorrow (where Emily Blunt is the Full Metal Bitch). This is the original, and doesn't disappoint. Written from a Japanese soldier's point of view, this is different and well worth reading for SF fans.
続きを読む
違反を報告
レビュー を日本語に翻訳する
すべてのレビューを参照します
トップへ戻る
Amazonについて
Amazonでビジネス
Amazonでのお支払い
ヘルプ＆ガイド
日本語ショッピングのための言語を選択します。 日本ショッピングのための国/地域を選択します。
© 1996-2020, Amazon.com, Inc. or its affiliates