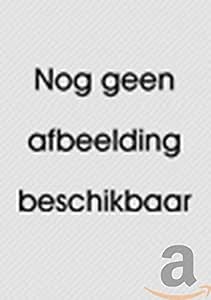 S. Price
5つ星のうち5.0 Alexei Sultanov: Live Performances from the Tchaikovsky State Conservatory
2009年4月2日にアメリカ合衆国でレビュー済み
Amazonで購入
A compelling performance... "[r]ecorded live in the Great Hall of the Tchaikovsky State Conservatory at the 1st and 2nd rounds of the XI International Tchaikovsky Competition" in June 1998... by one of the era's most talented musicians. In his too-short life and altogether too-brief career, Mr. Sultanov engendered controversy and conflict in the music world with his take-no-prisoners style that demanded complete surrender, enchanting many and offending others, and, as a result, he was unfairly denied the acclaim and honors for which he strove, which he had every right to expect from us, and which he so richly deserved. In every performance (now, alas, recorded only), he offers a precious gift, as if to say, each time, "Here, take it, it's yours." Those who acknowledge and accept the gift are blessed by a new and greater understanding of what they hear, as though for the first time. Those who cannot, or will not... they are the poorer. Mr. Sultanov passed away in June 2005 at the age of 35, four years after a series of strokes left him paralyzed and confined to a wheelchair, although he retained movement in his right hand and, with the assistance of his wife, cellist Dace Abele, who provided the left-hand part, was able to play a keyboard and so began once more to perform, in nursing homes and medical facilities, for those who otherwise would not have had the opportunity to hear him. There is more to music than notes on a page, and Mr. Sultanov knew this well. Although he played pieces with which we were familiar, at his hands they became new, fresh, and exciting, and music lived and breathed, as it never had before. The piano responded to his touch, prostrating itself before him lovingly, like a faithful dog awaiting its master's caress. So should we all have done. I thought I knew something of music, but after hearing him play, I found I knew nothing, nothing at all, and it was the greatest moment in my life, a moment of joy and revelation. Thank you, Alexei Sultanov. Wherever you are, the music lives.
続きを読む
14人のお客様がこれが役に立ったと考えています
違反を報告
レビュー を日本語に翻訳する
すべてのレビューを参照します
Amazonプライム会員ならお急ぎ便、日時指定便が使い放題
さらに、映画もTV番組も見放題。200万曲が聴き放題 。クラウドに好きなだけ写真も保存可能。
> プライムを無料で試す