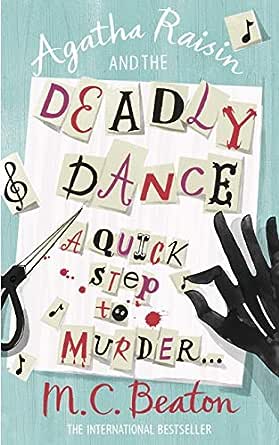 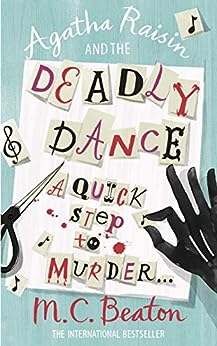 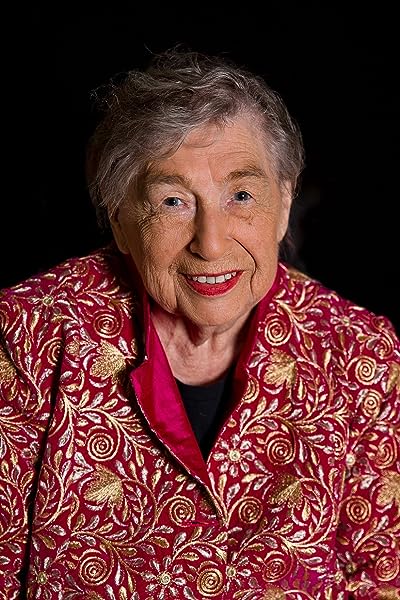 There may be trouble ahead . . . so will Agatha face the music?

Can the feisty Agatha cut it as a private investigator? She soon learns that running her own detective agency in the Cotswolds is not quite like starring in a Raymond Chandler movie. But then walks in wealthy divorcee Catherine Laggat-Brown, and Agatha is given her first real case. Death threats, blackmail and physical attack soon follow, and once again Agatha is off scouring the countryside for clues and showing friends and enemies alike what Raisin Investigations can do!

Praise for the Agatha Raisin series:

'A potent cocktail of satire, mystery and adventure that will leave you wanting more' Myshelf.com

Bossy, impulsive, and unlucky in love, the all-too-human Agatha Raisin has proved to be a surprisingly effective---and endearing---amateur sleuth. But can Agatha make it as a private investigator? After getting mugged on vacation, in what she will always think of as the Paris Incident, she decides to find out.

Agatha soon learns that running her own detective agency in the Cotswolds is not quite like starring in a Raymond Chandler movie. Instead of dames in distress with big shoulder pads, her clients are ladies with missing cats and a man whose son has run off with his car. Agatha even worries that she might be outclassed by her sixty-seven-year-old secretary, Emma Comfrey.
But then wealthy divorcée Catherine Laggat-Brown walks in with their first "real" case. Mrs. Laggat-Brown's daughter has received a death threat, and when Agatha thwarts an attack on the girl at a dinner dance, she recognizes an opportunity to show what Raisin Investigations can do. Even better, the case gives her a chance to reunite with her long-absent friend, Sir Charles Fraith. As they scour the Cotswolds in search of leads, Charles' insights prove invaluable and his charms irresistible, leading poor Emma to fall madly in love with him.

As ever, Agatha bumbles her way through the case, trying her friends' patience and flirting shamelessly with the chief suspect. Will she put her tiny agency on the map, or has even the outrageous Agatha finally bitten off more than she can chew?
商品の説明をすべて表示する

warlewshi
5つ星のうち4.0 I loved Agatha Raisin when I first discovered her
2018年4月19日に英国でレビュー済み
Amazonで購入
I loved Agatha Raisin when I first discovered her. The first few books are really addictive. The later storylines got even more ridiculous and even more silly. In the same vein as Hamish Macbeth, M C Beaton gets away with it because you, as a reader, become fond of the characters and so when another book is churned out, you instinctively hope that maybe something good has at long last happened to the main character and so your loyalty hasn't been in vain, unfortunately as with Hamish Macbeth this never happens and you get to the end of another book saddened that you cannot get that time you have just invested, back again.
I love Agatha Raisin and some of the main characters but my advice is the same as I would give about smoking, don't start because its really hard to quit.

Intheamazone
5つ星のうち5.0 A rollicking good read...
2017年7月17日に英国でレビュー済み
Amazonで購入
Just as Aggie is feeling despondent as regards the run of the mill, boring and mediocre cases coming through the doors of her investigation agency, a taste of true crime comes her way. In true Aggie form, she blunders her way through the investigation, getting up to her, beady little, eyes in trouble. Good old Aggie is loveable despite her ways, her caustic sarcasm and downright rudeness. As usual, man trouble is never far away. A rollicking good read.
続きを読む
1人のお客様がこれが役に立ったと考えています
役に立った
フィードバックを送信中...
フィードバックをお寄せいただきありがとうございます。
申し訳ありませんが、お客様の投票の記録に失敗しました。もう一度試してください。
違反を報告
レビュー を日本語に翻訳する

Roger Risborough
5つ星のうち1.0 Off The Beaton Plot
2013年5月21日に英国でレビュー済み
Amazonで購入
You often hear authors claiming they start writing a book without knowing how it will develop or end, but you never really believe them. In the case of "Agatha Raisin and the Deadly Dance" however, each turned page clearly came as a complete surprise to MC Beaton, who churns out ludicrous plot developments and ridiculous character U-turns with total abandon in a desperate bid to fill all the pages of her tiresome book. This is truly awful stuff - featuring a heroine who has no redeeming features, in a title that has no connection with the story, which in turn has no connection to credibility or interest. The only high-light on the (sadly) unabridged audiobook version of this was hearing Penelope Keith (the reader) pronounce Don Quixote as "Don Kwixoat" in the first chapter, thereby blowing her supposedly high-brow credibility. The author's credibility had been murdered long before then.
続きを読む
4人のお客様がこれが役に立ったと考えています
役に立った
フィードバックを送信中...
フィードバックをお寄せいただきありがとうございます。
申し訳ありませんが、お客様の投票の記録に失敗しました。もう一度試してください。
違反を報告
レビュー を日本語に翻訳する

Hippy chick
5つ星のうち5.0 Like a pair of comfy old slippers
2011年11月16日に英国でレビュー済み
Amazonで購入
You just know that pretty much any of the Agatha Raison books are going to feel like a pair of comfy old slippers and this one didn't let me down. I read in a previous review of one of M. C. Beaton's books that they're like Enid Blyton books for adults and it dawned on me that this was a perfect description of these works. I absolutely love them. Mystery, mayhem and humour.

In this tale we see Agatha just getting her detective agency off the ground after deciding to stay in the Cotswold's home she moved to after 'retiring' from her high powered job in London that led to the unfortunate adventure told to us in The Quiche of Death. It would appear in this book that poor Agatha has still not mastered any culinary skills, exsisting on nuked offerings courtesy of her over-used microwave and still unable to treat the very few friends she has, with the respect and attention they deserve with the exception of her two moggies.

The Deadly Dance centres around a client with a death threat, missing cats, dogs, cheating spouses and more than one dead body. Perfect mixture in what we're made to feel is a delightful, close knit Cotswold village where folk rarely call anybody by their first name but it's also a village where the majority of the residents would like to see the back of dear Agatha and all she brings down upon them, as would the local police apart from loyal 'friend' Bill Wong.

If you want to be able to lose yourself in a thoroughly enjoyable tale that keeps you making want to turn the page, then I can highly recommend this one.

Jill in East Kent
5つ星のうち4.0 Becoming an amateur detective for "real"
2014年5月12日に英国でレビュー済み
Amazonで購入
Aggie has set up as a private detective and is soon embroiled in several murders. A few coincidental type guesses along the way.

I sometimes wonder why she has to drive off to see people and can't just pick up the phone to ask a few questions. But hey, I suspended disbelief back in book 3 or 4 about the number of murders taking place in this small village.

dianne
5つ星のうち5.0 good reads
2012年6月5日に英国でレビュー済み
Amazonで購入
The Agatha Raisin series are good for anyone who likes a good mystery and included in these stories is real time tech and the writer really goes with the times. they are not short of some humour as Agatha Raisin is a good amusing character, who is only looking for love, only to be thwarted every time, leaving the murder to be solved and the reader seeking another book to see what happens to Agatha next!
続きを読む
1人のお客様がこれが役に立ったと考えています
役に立った
フィードバックを送信中...
フィードバックをお寄せいただきありがとうございます。
申し訳ありませんが、お客様の投票の記録に失敗しました。もう一度試してください。
違反を報告
レビュー を日本語に翻訳する

Charlotte Bennett
5つ星のうち5.0 Great stories
2013年1月5日に英国でレビュー済み
Amazonで購入
You have to be careful with these as it is so easy to become addicted. I listen to the books whilst ironing and now everybody has beautifully ironed socks as I stop the CD as soon as the ironing is finished and have to wait until ironing again to continue with the story. Penelope Keith is without doubt superb and totally draws you into the story. Speedy delivery well packaged.
続きを読む
役に立った
フィードバックを送信中...
フィードバックをお寄せいただきありがとうございます。
申し訳ありませんが、お客様の投票の記録に失敗しました。もう一度試してください。
違反を報告
レビュー を日本語に翻訳する