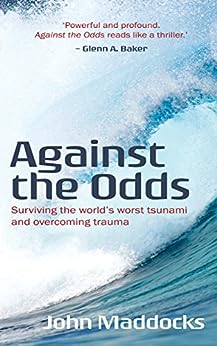 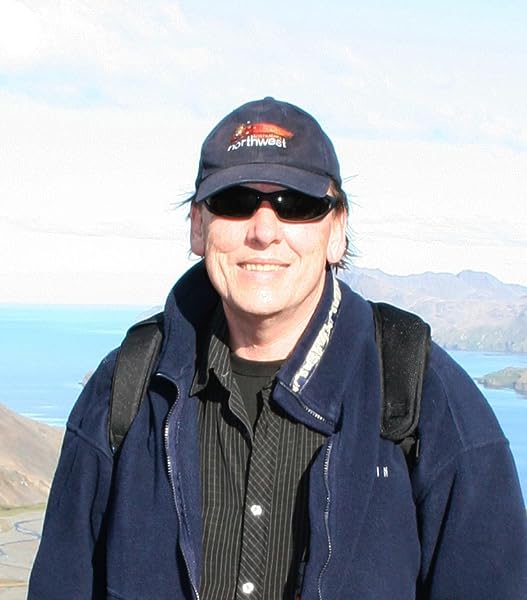 'Powerful and profound. Against the Odds reads like a thriller.'

John Maddocks is an award-winning travel photojournalist and novelist. His work appears regularly in major national and international newspapers and magazines and on numerous websites and social media platforms. John's young adult fiction Streetwise (University of Queensland Press) is widely used in Australian secondary schools. John's travels have taken him to both polar regions and over 50 countries in between, enabling him to share tips and insights with his readers. Although John believes that travel is the best education, he also gained a PhD in English Literature from Sydney University along the way. John is a member of the Australian Society of Travel Writers. --このテキストは、paperback版に関連付けられています。

Eustace Bamffylde-Griggs
5つ星のうち5.0 Embracing the un-embraceable
2018年7月1日にオーストラリアでレビュー済み
Amazonで購入
Dealing with the titanic forces of nature when they are intent on demonstrating to us our own insignificance in the cosmic order of things is far from being an everyday event. Man-made catastrophe like war, famine, epidemic are in many ways more accessible to us because of the importance Man plays as a driver of events.

But what about when Man is just like any other object to be swept up, with complete indifference, on a beach? It's the ultimate confrontation.

If you only read one book about such a catastrophe, and how a person can piece his or her life back together after it. "Against The Odds" should be it.

It's spare, almost bleak language reflects the subject narrative perfectly. Maddocks is as unsparing on himself as the Boxing Day tsunami was on the entire set of shorelines it ravaged. Fortunately for both author and reader, being unsparing in this case is far more than just the guilty self-flagellation that many survivors are led engage in, the why-was-I-spared confusion of response. Maddocks has, through his lifetime of engagement with Buddhist philosophical discourse and Buddhist reflective practice, been able to chart for the reader the clear stages in response and self-repair after such an unimaginable cataclysm. His "exit route" is the "exit route" for everybody.

All this is presented in an immediate and warmly humanist style. After reading "Against The Odds", its as if I not only know the author personally, but have done so for years.

Mrs. Ruth Mcintosh
5つ星のうち5.0 An inspiring account of survival and recovery
2018年7月11日にオーストラリアでレビュー済み
Amazonで購入
I really enjoyed John’s book. His account of his and his wife’s experience of the tsunami was gripping, but the highlight for me was John’s account of the hard work he did to avoid PTSD and to deal with the frightening flashbacks, nightmares and other reactions to extreme trauma.
続きを読む
違反を報告
レビュー を日本語に翻訳する

carolyn blewett
5つ星のうち5.0 A must read for all who have suffered trauma and for others to help understand how people suffer often in silence.
2018年5月19日にオーストラリアでレビュー済み
Amazonで購入
I congratulate the author on writing such a personal, informative and ultimately uplifting book,on his extreme experiences and survival of acute trauma.
Through seeking professional help, combined with his Buddhist practices and determination to understand, he transformed his life.
続きを読む
違反を報告
レビュー を日本語に翻訳する

Marian Parnaby
5つ星のうち5.0 A harrowing tale , written with grace and insight.
2018年7月26日にオーストラリアでレビュー済み
Amazonで購入
John lays bare the emotional journey he took from survival - truly against the odds - to personal growth. John's recount of the tsunami and it's immediate aftermath is compelling. The painful road to recovery John took and the lessons he amassed from the trauma of those events provides a roadmap for others.
続きを読む
違反を報告
レビュー を日本語に翻訳する