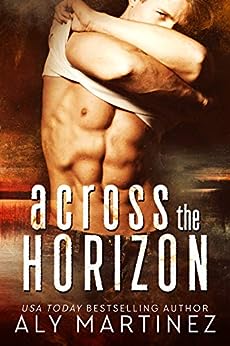 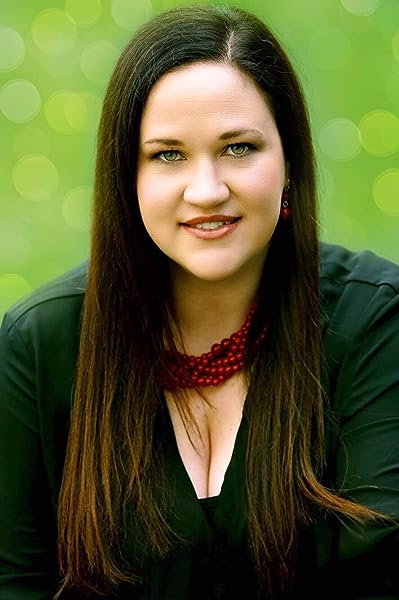 Across the Horizon (The Darkest Sunrise Duet) (English Edition) Kindle版

Marian Chawner
5つ星のうち5.0 Humour abounds for Tanner and Rita
2018年12月22日に英国でレビュー済み
Amazonで購入
Yet again a marvellous novel from a phenomenally creative author. This is Tanner’s and Rita story. It’s been a while coming if you’ve read about Porter and Charlotte in another series. However it is not essential to read to enjoy this novel, but if you haven’t then the taster at the back of the book should tempt you even more. This novel is humourus, witty, romantic, romantically charged, with big hints of mistrust and douchbagness. It is difficult to predict and totally absorbing and has the ability to not want to put down. It is addictive and obsessional and totally brilliant, and I am now totally withdrawn as I have finished this novel, and unaware whence another will be on the horizon, but I have as yet not read all this author’s books. So there is light. Well worth 5 stars and more. A positively charming book.
続きを読む
1人のお客様がこれが役に立ったと考えています
違反を報告
レビュー を日本語に翻訳する

Liash
5つ星のうち5.0 Loved it - fun yet deep contemporary romance
2018年12月6日にオーストラリアでレビュー済み
Amazonで購入
This is one of those books that hooks you from page 1. We are immediately thrown into the drama that is the lives of Tanner and Rita. Each has a lot going on, and neither is in the right place for a relationship, but when a chance meeting beings them together, the spark that ignites isn't one sided.

The alternating POVs let us inside their heads, which gives great character depth. Their dialogue is fresh, original and witty- I loved that they both had a bit if a dry and sick sense of humour - it was fun to read and some of the one liners had me laughing along with them.

I loved that their story wasn't easy, that they chose to find and learn to love themselves before trying to love someone else. I was glad there was no cheating or love triangle - just 2 people trying to find their place in the world and with each other.

The epilogue set 5 years later didn't give away any spoilers for other characters, but gave us a beautiful insight into the growth of their relationship and what the future held for them both personally and professionally.

Loved it, can't wait to read Porter's book, and would definitely recommend this to anyone looking for a fun yet deep contemporary romance.

Alyssa @ A Lovely Book Affair
5つ星のうち5.0 You need this book (and Tanner) in your life immediately!
2018年12月24日にカナダでレビュー済み
Amazonで購入
* Actual rating 4.5 stars
* Received an advanced copy in exchage for an honest review.

The minute I read the synopsis for this book, I knew I needed it in my life. It sounded like the perfect romance with a fair amount of drama. Going into it, I had really high expectations. And luckily for me, those expectations were exceeded.

Rita spent seven years of her life married to douchebag Greg (Tanner’s words, not mine). Those seven years were up real quick the day she discovered that he was cheating on her with one of the nurses at the practice they work for. Greg was a doctor there and Rita was the office manager. Not long after, their office was hosting a spring fling BBQ event for their patients. At that event Tammy, the mistress, so kindly decided to inform Rita that not only was there the affair, but she was also pregnant with Greg’s child.

At the same time, Tanner was at the BBQ helping his brother Porter with the catering. When he heard Greg and Rita arguing, he decided to step in and tell him to back off. Rita took that moment to pretend that she was seeing him to get back at Greg. And so begins the whirlwind romance of Rita and Tanner.

I loved both Rita and Tanner. Rita’s sass and her banter with Tanner was off the charts hilarious. I would actually be laughing out loud as I read the book. But not only was Rita hilarious, she was a strong character. She went through a terrible time in her life with her head held high and was determined to make it to the other side a better woman for it.

Man oh man, Aly Martinez knows how to write a romance that not only tugs at your heartstrings, but can also make you laugh like crazy. Her ability to write Rita as such a sarcastic little fire cracker with killer one liners is incredible. Not only that, but the chemisty between Rita and Tanner was pretty dang hot.

Overall, I would highly recommend this book. It’s the perfect mix of a dramatic romance that will break your heart at times but then provide you with comedic relief that will have you laughing so hard.

Sarah Arndt
5つ星のうち5.0 Superb balance of humor, heartache, and healing.
2018年12月7日にアメリカ合衆国でレビュー済み
Amazonで購入
When I heard Across the Horizon was lighter than Aly Martinez’ usual work, I was unsure, part of what I love about her books is how heavy they are. I had no reason to fear, Ms. Martinez did a fabulous job of keeping the mood of the book up while still incorporating some more profound moments.

I loved Tanner when we first met him in The Darkest Sunrise duet and was so happy to watch him find his happily ever after. He and Rita were a mismatch on the surface, but once we got to know them more deeply both alone and as a couple, it was quite evident they were a match made in heaven. Tanner’s patience and charm were a great counterpoint to Rita’s apprehension and sass. They were so well-developed it made it easy to believe in them and want to see them whole and happy.

Across the Horizon was riveting. I couldn’t put it down once I opened it, I was obsessed with Rita and Tanner’s romance. Aly Martinez did a superb job of balancing the humor and banter between her characters with the heartache and healing they had to go through because of their pasts. I loved each moment I spend in these pages and all the heart and soul that made the ride so fascinating and emotionally rewarding.
続きを読む
4人のお客様がこれが役に立ったと考えています
違反を報告
レビュー を日本語に翻訳する

Danielle
5つ星のうち5.0 5 STAS! A banter-filled, sexy romance! LOVED it!
2018年12月7日にアメリカ合衆国でレビュー済み
Amazonで購入
This was my first time reading Aly Martinez, and I’m sitting here kicking myself for not doing it sooner. I mean, really now, where the heck have I been?! Across the Horizon was a wonderfully sweet, heart-tugging, sexy romance between two characters that I absolutely adored and wanted together from the start. Aly’s writing here was quick-witted and easy-to-read, the story flowed beautifully, and despite having not read the Darkest Sunrise duet from which this book spins off, I didn’t feel like I was missing anything—well, except for what clearly promises to be a breath-taking love story that I need to read as soon as humanly possible.

Hands down, Rita and Tanner had the craziest meet-cute of all time, and things just got better between them from there. Honestly, I don’t think I’ll ever think of an alligator without thinking of this couple. Things were just so easy and so right between this couple that it was literally impossible for the reader to not root for them. Rita was at the low point of her life when Tanner rode in to the rescue, and Tanner was floundering at the surface as the sharks in his life circled him. Their timing wasn’t exactly ideal, but it’s true that “love happens when you least expect it.” Their love story wasn’t exactly smooth sailing, though, and it took a lot of faith, an abundance of patience, some real work—and scaling a wall—for them to really get there.

One of the big reasons why it was so easy for the reader to buy into the fastest moving, slow-going love story in romance novel history was the unmistakable chemistry between this couple. It was present and palpable in every facet of their relationship, and it wasn’t only sexual. But they were incredibly hot together, and my Kindle was practically smoking in my hot little hands. Add to that some brilliantly timed, clever and uproariously hilarious back-and-forth bantering, and Across the Horizon officially ticks off all my boxes of what I hope for when I pick up a contemporary romance or a romantic comedy. There was just enough angst to keep me on edge without pushing me over, and that was exactly what the story called for and what I wanted. These two were simply meant to be together, they meshed in every single way. Where there is a will, there is a way, and they just needed the determination to deal head-on with their baggage and the resolve to be patient while they each worked through it.

I don’t know why I haven’t been reading the extraordinarily talented Aly Martinez before this, but I’m here to stay now. Part light-hearted romantic comedy and part emotional contemporary, Martinez aptly and accurately describes Across the Horizon as a dramedy. For me, this was the kind of story that I just couldn’t bring myself put down. I devoured it in less than a day, and unlike Tanner, I found that I could go slow because that’s exactly what I did when I realized I was nearing the end. I simply didn’t want to leave these endearingly charming characters or their world. Five smooches from me for Across the Horizon by Aly Martinez!
続きを読む
4人のお客様がこれが役に立ったと考えています
違反を報告
レビュー を日本語に翻訳する
すべてのレビューを参照します
トップへ戻る
Amazonについて
Amazonでビジネス
Amazonでのお支払い
ヘルプ＆ガイド
日本語ショッピングのための言語を選択します。 日本ショッピングのための国/地域を選択します。
© 1996-2020, Amazon.com, Inc. or its affiliates