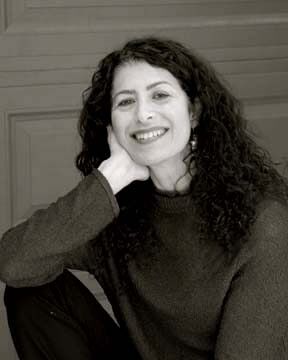 Bryna Kranzler is a graduate of Barnard College where she studied playwriting, and received the Helen Prince Memorial Prize for Dramatic Composition. Her first play was a finalist for the Eugene O'Neill Memorial Theater Competition, and was scheduled for production twice: the first time, the theater owner died, and the season was shut down; the second time, the director committed suicide. For the benefit of the arts community, she got out of playwriting and earned an MBA from Yale University to make up for her misspent youth. She spent 15 years in marketing for health-care, high tech and consumer products companies before returning to writing. Her first book, The Accidental Anarchist, is the winner of multiple awards, including the Sharp Writ Book Award for General Non-Fiction, the Readers Favorite Award for Historical/Cultural Non-Fiction, the International Book Award, and National Indie Excellence Award for a Historical Biography, and the "USA Best Books" Award for a Historical Biography.

Paulus
5つ星のうち5.0 Hunourous bitter-sweet story of life in Russia at the turn of the century
2012年11月9日に英国でレビュー済み
Amazonで購入
Written in the first person, this book is based on diaries written by a Polish Jew living under the Russian Czar in the early 1900's. The main character starts as a bit of a revolutionary but is then conscripted as a soldier to fight in Manchuria against the Japanese. He has a series of adventures and mishaps, some of which end up with him about to face a firing squad. He always manages to avoid this but eventually ends up being sent to a labour camp in Siberia. He never reaches there either and for the rest of the book, while he has more adventures, is always worried that he could be re-arrested at any time. The book, actually writen by his daughter's husband and finished by his granddaughter, tells a story of awful times, particularly for Jews, yet is told with a lightness and humour that make it an entertaining and enjoyable read. The book is a good length and, although the end comes while the main character is still relatively young and about to marry, there is an epilogue that gives the reader enough information about the rest of his life to satisfy curiosity. The book is interspersed with some Yiddish or Hebrew words but, if you feel the need, there are notes explaining the meaning of each. I read this on my iphone (my wife had temorarily borrowed my Kindle!)and these words were printed in blue, when a tap on the word brought up the relevant note; however, I didn't feel the need to do that very often to follow the story. The Kindle version is well presented with hardly any typos. This is the sort of book that it is difficult to do justice to in a review because it is very much out of the ordinary. I probably got it because it was free or cheap but am so glad I did because I enjoyed it enormously.
続きを読む
4人のお客様がこれが役に立ったと考えています
違反を報告
レビュー を日本語に翻訳する

Amazon Customer
5つ星のうち5.0 An excellent book, humour on just about every page
2012年12月20日に英国でレビュー済み
Amazonで購入
I really enjoyed this book, it has humour throughout and even when things dont go so well the writer makes us chuckle. The conditions and hardships are something we in this day and age could never imagine, the horror of the battlefield, lack of food, clothing and deplorable weather conditions. The part where he rides his donkey across a frozen lake and the ice gives way is so memorable, so frightening and yet he makes a joke about it and the suffering afterward.. both himself and the donkey! You cannot be disappointed with this excellent work. How he survived is a miracle to say the least. A well deserved 5***** and a book that I really enjoyed reading.
続きを読む
1人のお客様がこれが役に立ったと考えています
違反を報告
レビュー を日本語に翻訳する

Blacklab
5つ星のうち5.0 Oh wow !!!
2013年9月10日に英国でレビュー済み
Amazonで購入
I'm lost for words ! What an amazing story. This book is so inspirational . As we move towards a new dark era of fascism  I hope we have a few people like him
続きを読む
1人のお客様がこれが役に立ったと考えています
違反を報告
レビュー を日本語に翻訳する