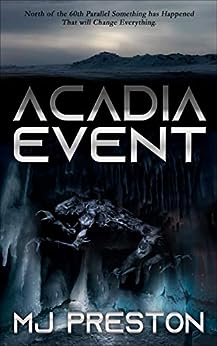 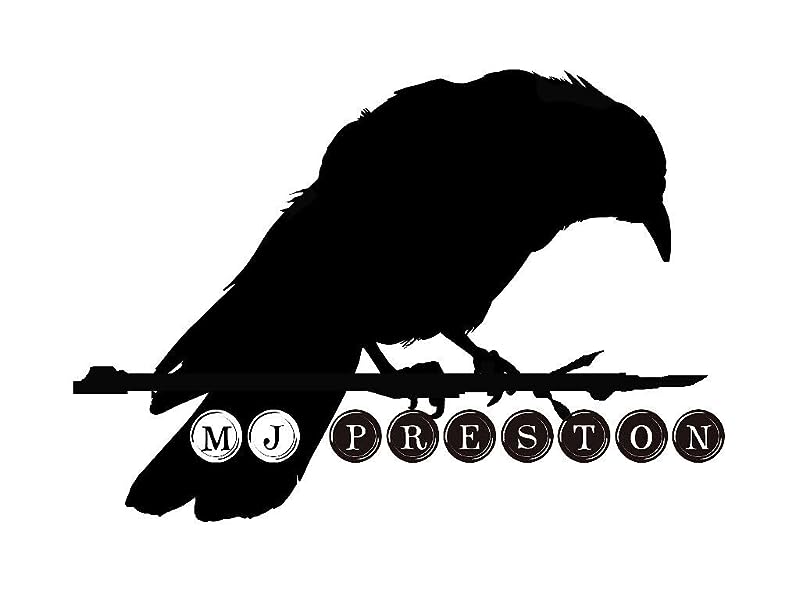 英語版 MJ Preston (著) 形式: Kindle版
すべての形式と版を表示
Sorry, there was a problem loading this page. Try again.
"An epic page-turner, with Canada’s frozen north as the setting and the Earth as the ultimate prize for whichever side wins the war.”—Gregory L. Norris, screenwriter for Star Trek Voyager

Marty Croft has it all. A beautiful wife, and a successful career as a commercial artist. That is until his past comes back to haunt him. Enter the psychotic son of Marty’s former gangster boss. After Marty’s wife is kidnapped, he finds himself forced back into a world he left behind.

The job seems simple enough. Drive the world’s longest ice road and retrieve a package of stolen diamonds. But what will become of Marty and his wife when the job is done? Will they be disposed of as potential witnesses?

But in a twist of fate, the Acadia Diamond mine, located 200 kilometers below the Arctic Circle, has found something buried in the ice. It is a portal not of this world, and it is about to be unlocked by unsuspecting scientists. Once opened, the creatures, known as Skentophyte, attack—and what started out as a heist becomes a war for survival against mind-controlling aliens. The Acadia mine has become the beachhead of an all-out invasion—and Marty must fight through it if he has any hope of saving his wife from a maniac...
続きを読む
Previous page
Next page
販売： Amazon Services International, Inc.
【買取サービス】 Amazonアカウントを使用して簡単お申し込み。売りたいと思った時に、宅配買取もしくは出張買取を選択してご利用いただけます。 今すぐチェック。

"MJ Preston creates an epic page-turner, with Canada's frozen north as the setting and the Earth as the ultimate prize for whichever side wins the war." --Gregory L. Norris, screenwriter for Star Trek Voyager

Author and adventurer, M.J. Preston, drove on the world's longest Ice road between 2012 and 2016. Drawing inspiration from this northern paradise, he has written, ACADIA EVENT. An epic tale of science fiction horror including blackmail, a diamond heist, and of course, alien invaders. M.J. Preston is also the author of THE EQUINOX and the HIGHWAYMAN series. He lives in Alberta, Canada, with his wife, Stormy, and beagles, Jake and Milo. --このテキストは、kindle_edition版に関連付けられています。

Donna k Fraser-simmons
5つ星のうち5.0 Review of Acadia Event by MJ Preston. 5 stars
2017年8月4日にカナダでレビュー済み
Amazonで購入
Acadia Event by MJ Preston is the second book by this Canadian author I've read. It is a combined horror/science fiction/thriller genre novel for those of us who eat up all novels which happen to fall into any of these 3 categories. Like Equinox, the author's previous novel, this one takes place in Hamilton, Ontario; Montreal Quebec, Yellowknife, Northwest Territories; and points quite farther north. The novel was fast paced dealing with the crime underbelly in Hamilton & it's long arm reach to any other place in Canada you can think of. The main victim in this story, Marty, finds he must return to the world of crime to pick up a stolen load of diamonds from a mine north of Yellowknife & return them to an ex-cop now part of the crime syndicate without getting his wife or himself killed in the process. Oh did I mention Marty must drive a big rig out of Yellowknife along an ice road to this mine & back without any ill fate in order to achieve the end game. No problem right? The author hasn't ended the rollarcoaster ride here as he has something else up his sleeve happening at the other mine,The Acadia, that will ultimately foil all previously,conceived plans. I thoroughly enjoyed this book! The plot was well developed, the characters were believable and their personalities well fleshed out so much so that the reader could totally immerse themselves in each of them understanding the reasons behind their actions. The ice rig boys & girls were the most enjoyable bunch to travel through the novel with & along the lonely winter nights & days over the long ice road. The ending may surprise you, scare you and leave you wondering what really goes on in the land of the frozen north. Cheers to MJ Preston for a great addition to the horror genre! Oh by the way, the author has been an ice road trucker himself, so he knows very well of what he writes.
続きを読む
1人のお客様がこれが役に立ったと考えています
違反を報告する
レビュー を日本語に翻訳する

Sheila M
5つ星のうち5.0 Awesome Read!
2015年4月22日にカナダでレビュー済み
Amazonで購入
A great blend of sci-fi, horror and crime drama all in a truly unique setting. The characters are complex and interesting, feel very real. Getting to know them and building up to what you fear may happen to them, both in the desolate north and elsewhere, keeps you turning those pages. The setting is spectacular, a rare glimpse for most of us into a very unique world. The ice road, the diamond mines, few have experienced life that far north. Every revelation takes you deeper into a story that is satisfying for lovers of various genres. People need to buy this book!!
続きを読む
2人のお客様がこれが役に立ったと考えています
違反を報告する
レビュー を日本語に翻訳する

Another Floyd
5つ星のうち3.0 Ice road truckers + gangster heist + sci-fi, oh my!
2017年3月26日にアメリカ合衆国でレビュー済み
Amazonで購入
I enjoyed this story. I must have, because I kept reading even as the book tried my patience, “big league.”

The gangster heist setup, and the venture onto the northern ice roads was well conceived. The characterizations were strong, though one trucker’s verbal tic was a bit much. I enjoyed the ice road journey, which was long and detailed and gave a good sense of the driving challenge, as well as all of the organization set up to support truck transport. I would not be surprised, though, if some readers found the journey too long, in spite of it being cut in between action with characters in other locations.

I got a good feel for the bloody cold, which was detailed in many ways, but, not unnecessarily. My world brightened just a bit in learning that the truckers “step out on the porch” to urinate -- stand at the open door while driving, one hand on the steering wheel.

The sci-fi aspect was… different. I enjoyed each phase of the reveal, even though some details were hard to fully buy into. Eventually, I decided not to sweat the details, and simply enjoy the skent. SKENT -- SKENT -- SKENT! I had to laugh at some of the strangeness -- not in a bad way. Nice touch, with the guy from Human Resources being used as a human resource by the sci-fi characters.

There’s a fair amount of foul language, used both by gangsters, and in banter among the truck drivers. And, there's lots and lots of graphic violence!

So, what was trying my patience?

There were many instances of words missing, misplaced, misused, or misspelled. Some phrases were negated (or, not negated), thus conveying the opposite of what was intended.

There were continuity errors, as when a gal in a chair had been bound, first with hands behind her back, and in next mention, bound to arms of the chair.

Sometimes perspective shifts were implied in a dialog paragraph, and were easy to miss.

Some ideas were belabored -- over-emphasized or repeated material could be pared down with editing.

OTOH, I think some of the belaboring came as a result of careless editing -- cases where a cut and paste was intended, but, the material was left at its original location, even as it was rephrased a bit for its new location.

Some misused words appeared to be the result of voice annotated edits that were executed poorly, by a careless typist: “the line share” for “the lion’s share”; a guy out on the ICE gets hit in the mouth, and “a tooth plopped onto the eyes”. Others were inexplicable. My favorite: “the cigar he had been smirking”

So… the book needs the detailed and loving touch of careful editor, from cover to cover. Then, it could earn all of the stars to reflect the story’s strength.
続きを読む
2人のお客様がこれが役に立ったと考えています
違反を報告する
レビュー を日本語に翻訳する

The word for ACADIA EVENT is "exciting"! At first one thinks the focus is crime reaching out to the Ice Road, in Northern Canada. This is an important theme, but far from the only one. The novel interweaves Ice Road trucking, gangsters, diamond mining, science fiction, the war in Afghanistan, veterans' aftermath, and a vein of implacable terror--unavoidable, inescapable, horribly deadly. At 500 pages, ACADIA EVENT is not a one-sitting read, but for sheer excitement, major intrigue, and eyes glued to the page, it's a champion read.