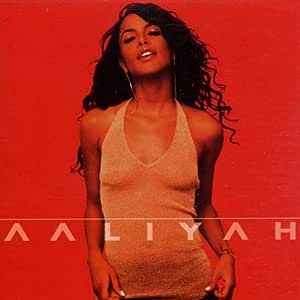 Seven years after her debut at just 14 years old Aaliyah's third studio album is a bizarrely mature album. While most artists are just getting going Aaliyah's been through a career arc that has led her from pop to street to an unconventional retro-modern risk-taking version of US R&B. Lead track "We Need a Resolution" and the fantastic "Try Again" (originally released on the excellent Romeo Must Die Soundtrack) are as a mainstream as it gets and the album's pace rarely gets above medium. There'll be less hits from "Aaliyah" but it's an extraordinarily romantic exposition of passion and pain. While Missy Elliot is cranking out jams for all her "club freaks" Aaliyah is like a modern day Minnie Ripperton, exploring the pains of moving from child star to adult sex symbol. Tracks such as "Never No More" and "I Care 4 U" (featuring Missy) are slinky, twisted ballads with a film noir shade as diva Aaliyah steps catlike away from the bubblegum R&B of her contemporaries. There's even the now-obligatory rock track tacked on near the end ("I Can Be") but even this excels the standard hip-hop/rock/R&B crossover fare with it's Prince-like influences coupled with Aaliyah's own instinct for deep seduction. Aaliyah also signals a move away from her long-standing musical relationship with producer Timbaland who contributes just three cuts. Having started out heavily supported by R Kelly it now appears Aaliyah's more than able to go it alone. --Jake Barnes

Import edition of the sadly missed R & B talent's final studio album includes one bonus track, 'Try Again' which is only available on the soundtrack 'Romeo Must Die' domestically. Also includes the first single, 'We Need A Resolution'. Available at this low price for a limited time. 2001.

Ethan Grant
5つ星のうち5.0 Aaliyah: Princess of R&B
2018年5月21日に英国でレビュー済み
Amazonで購入
Aaliyah's self titled album is simply flawless and undeniably the best she had released. Aaliyah is able to remain truthful to her soulful roots whilst adding a modern twist to her music by tapping into genres other than R&B. Her smooth, relaxed vocals always suit the songs on this album, the subject matter of each song is great, and Aaliyah is able to convey a wide range of emotions through her singing. Also, it goes without saying how solid the production on this album is from the likes of Timbaland and Static Major. Each track in itself is brilliant but my standout tracks are, 'We Need a Resolution', 'Rock the Boat, 'More Than a Woman', and of course the bonus track 'Try Again'. Surprisingly, the tracks are so fresh and well crafted that it is difficult to think this album was released in 2001. This album could have been released yesterday!

This is hands down one of the best urban R&B albums from 2001 and it is definitely a contender for being up there as one of the best albums from 2001. Aaliyah had reached her creative peak and had truly matured into a great artist. She was so close to crossing over into the mainstream and becoming widely recognised for the great artist that she was. Tragically, we will not know what she would have went on to achieve after passing away but no doubt the path ahead of her was going to be amazing. What I do know for certain is that she would have posed a serious challenge towards the contemporaries of today such as Beyonce.

For how strong this album is then I reckon it is a fitting final album. Rest in peace Aaliyah. You will remain immortal through your music.
続きを読む
4人のお客様がこれが役に立ったと考えています
違反を報告
レビュー を日本語に翻訳する

Cleo
5つ星のうち5.0 Aaaah ... Aaliyah!
2014年3月7日に英国でレビュー済み
Amazonで購入
Let me start by saying it is such a shame this lady has passed away! What a wonderful rare voice she had, so smooth and easy to listen to. And how classy she was compared to some of today's artists ... she represents the true meaning of being a sexy and strong woman, without selling herself out and being vulgar.
This is a really good album, containing 15 tracks covering every emotional and musical range you can think of: upbeat, sad, romantic, rocking, ... it has it all, plus some attitude. You will want to listen to it again and again, I promise! Highly recommended.
続きを読む
5人のお客様がこれが役に立ったと考えています
違反を報告
レビュー を日本語に翻訳する

Becky P
5つ星のうち5.0 Mellow
2014年1月10日に英国でレビュー済み
Amazonで購入
I found this very laid back, easy to listen to and the tracks all went well with each other, no drastic changes of tempo etc. I listen to it in the car too and it is very pleasant indeed as it is relaxing and has a really nice soulful feel to it. I actually only knew one track when I ordered it, More Than a Woman, but there is not a single track that I don't like and that is a first as it is rare to buy an album and like every track. I would recommend this, it would also make very good background music for a romantic evening/dinner with a friend/chilling out, and Aaliyah had a wonderful voice which is evident from this CD. It made me feel a little sad though, knowing that she is no longer with us.
続きを読む
2人のお客様がこれが役に立ったと考えています
違反を報告
レビュー を日本語に翻訳する

ericasharlette
5つ星のうち5.0 On the Cusp of Brilliance
2015年10月28日に英国でレビュー済み
Amazonで購入
Aaliyah had matured, it was in every element of her final album, her songwriting, her production contribution, and her vocal delivery. Talent aside, what this album best spells out is promise, being on the cusp of something never realised. It's a bittersweet shame, for had she survived, i believe she would've been firm competition for the vapid likes of Beyoncé.
続きを読む
1人のお客様がこれが役に立ったと考えています
違反を報告
レビュー を日本語に翻訳する

Zach
5つ星のうち5.0 Shame this was her last Album. R.I.P Aaliyah.
2016年3月14日に英国でレビュー済み
Amazonで購入
I became an Aaliyah fan when I heard "Rock the Boat" which is one of my favourite songs EVER!! The video is Beautifully and the Lyrics are very sexual but in a classy way. The Best songs on this Album are.