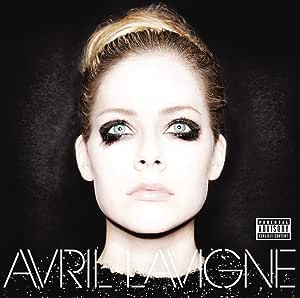 2. Here's to Never Growing Up

2013 album from the Canadian Pop diva. After selling over 40 million singles and 35 million albums worldwide, envelope-pushing Pop princess Avril Lavigne has returned with her signature sound. Over four studio albums she has had countless platinum singles, #1 albums around the world, and numerous Grammy nominations. Features the singles 'Here's To Never Growing Up' and 'Rock 'n' Roll'.

Corinne
5つ星のうち5.0 Still Going Strong After 10 Years
2013年12月26日に英国でレビュー済み
Amazonで購入
Having anticipated this album since Here's To Never Growing Up was released, I'll have to admit that I thought that this album was only going to contain very energetic and purely pop songs, as the first two singles were very similar.

1.Rock N Roll 8/10- It took quite a few listens for me to really get into it, but after giving it a try, I feel like it serves as a great opening track to the album.
2. Here's To Never Growing Up 8/10 - A very high-energy track that will have everyone singing along with the chorus. For me it serves as the 'Accept me for who I am or get lost' anthem for this album
3. 17 10/10 - This serves as reminiscing love song on the album. This song isn't the typical love song, as it isn't full of emotion, but almost an element of thanks given by Avril for what seems to have been one of the best years of her life.
4. Bitchin' Summer 9/10: Despite the theme and lyrics of the song, this song seems to have "summer anthem" written all over it, I enjoyed the rap Avril does as part of the lead up to the final chorus. This song, if promoted right, could potentially be a great single.
5. Let Me Go 10/10 - I was a bit concerned when I heard that Chad and Avril were recording a duet for her album, as I thought it was going to be a very over-emotional, soppy love song, but I couldn't have been more wrong. This is one of my personal favourites from the album and the balance of perspectives presented in the song couldn't have been more perfectly.
6. Give You What You Like 10/10 - This is a stand out track for me, as it shows a different side of Avril that hasn't been shown in her previous albums. I wouldn't be surprised if it was chosen to be released as the fourth single.
7. Bad Girl 8/10 - This also shows a different side of Avril, with a heavier sound than the rest of the album. Rather than being out of place on the album, this song completes the album, as it shows that Avril can still bring out the unexpected after ten years. For me, the inclusion of Marilyn Manson completes the song.
8. Hello Kitty 9/10 - This song shows another genre that Avril could experiment with in the future. This song is very catchy, due to the electronic sound, rather than a purely pop song and I expect it would do very well if it was released as a single.
9. You Ain't Seen Nothin' Yet 7/10 - A very repetitive song that could easily end up being stuck in your head. I think it's a great song, but not one of the strongest on the album.
10. Sippin' On Sunshine 7/10 - Again, a very repetitive song that could easily end up being stuck in your head. It's a perfect song to play while the summer sun is shining, but still not one of the strongest songs on the album.
11. Hello Heartache 10/10 - A great song that reminds me of Avril's older albums. She expresses the painful loss of someone close to her, but reaffirms that they will always mean something to her, something that everyone could relate to.
12. Falling Fast 9/10 - A song about deeply falling for someone that you think is oh so right. Another song that everyone could also relate to. It is one of the songs that instead of being in-your-face, grabs your attention with purely the words of the song.
13. Hush Hush 10/10 - This song acts as a fantastic closing ballad to the song. With the soft piano during the verses and the drums during the chorus, it puts more emphasis on the different meanings on the song. It is definetly one of my favourite songs on the album.

Overall, if this album was promoted better and there were better single choices, this album would've been received better and would have charted better. I think it's such a shame that this album hasn't done better, as it is a fantastic album filled with variety and I would recommend it to anyone who I think would enjoy the album.
続きを読む
2人のお客様がこれが役に立ったと考えています
役に立った
フィードバックを送信中...
フィードバックをお寄せいただきありがとうございます。
申し訳ありませんが、お客様の投票の記録に失敗しました。もう一度試してください。
違反を報告
レビュー を日本語に翻訳する

Bat
5つ星のうち5.0 Awesome!
2013年11月15日に英国でレビュー済み
Amazonで購入
I have all four previous albums from Avril and can honestly say they are all consistently excellent - you can put them on and let them play from start to finish without wanting to skip any songs. Could she do it a 5th time? I am very pleased to say - YES - and this could actually be her best album to date - absolutely stunning and she shows off her varied vocal talents to fine perfection - creating a different tone to several of the songs. BRILLIANT! One of the best albums I have ever bought. There is also a duet with her fiance Chad Kroeger.
続きを読む
役に立った
フィードバックを送信中...
フィードバックをお寄せいただきありがとうございます。
申し訳ありませんが、お客様の投票の記録に失敗しました。もう一度試してください。
違反を報告
レビュー を日本語に翻訳する

Peter Newsome
5つ星のうち5.0 getting back to better days.
2013年11月18日に英国でレビュー済み
Amazonで購入
Well as a massive avril fan it saddens me to say that avril's last album was not great, or even very good. With it being a slow often uninteresting album. But this album combines all of the tricks that made her first three albums great. Taking happy anthem sounds from 'the best damn thing' with lyrics that some what reminiscent of 'under my skin' rounded off by the summer like vibe of 'let go'.
These songs are exciting and lyrically are much better than her last outing with her vocals somewhat returning to her first days. A brilliant album with diverse sounds track to track, meaning there is something for everyone. My track picks being 'hello heartache' and 'bitchin summer'
続きを読む
1人のお客様がこれが役に立ったと考えています
役に立った
フィードバックを送信中...
フィードバックをお寄せいただきありがとうございます。
申し訳ありませんが、お客様の投票の記録に失敗しました。もう一度試してください。
違反を報告
レビュー を日本語に翻訳する

Yvonne Leach
5つ星のうち5.0 Another winner from Avril
2014年1月21日に英国でレビュー済み
Amazonで購入
Avril Lavigne's music keeps on evolving and improving,showing her vocal and style versatility.
I love all her albums and would be hard pressed to name a favourite one or a favourite song.
It is great that the gifted Avril is not afraid to experiment musically,and feature some surprising duets on her albums:who would have envisaged her collaboration with Marilyn Manson!!
This wicked album features my theme tune in life in the excellent track Here's To Never Growing Up.
I highly recommend this album to fans of Avril and suggest that those unfamiliar with her work give this great album a spin
vonl
続きを読む
役に立った
フィードバックを送信中...
フィードバックをお寄せいただきありがとうございます。
申し訳ありませんが、お客様の投票の記録に失敗しました。もう一度試してください。
違反を報告
レビュー を日本語に翻訳する

Stevo
5つ星のうち5.0 Avril Lavine
2014年1月4日に英国でレビュー済み
Amazonで購入
Heard a track from this album on the radio & decided to get it . I'm over 50 & don't buy much modern music
But this appealed to me. I don't know any thing about the artist & don't want to, but this has some good tunes
On it . It's not ground breaking in any way ( we must have used up every permutation of chord progression by
Now ) but my ears like it & they would recommend it.
続きを読む
役に立った
フィードバックを送信中...
フィードバックをお寄せいただきありがとうございます。
申し訳ありませんが、お客様の投票の記録に失敗しました。もう一度試してください。
違反を報告
レビュー を日本語に翻訳する
その他の国際レビューを読み込む

Joanne 'Vanguard Legacy' Kershaw
5つ星のうち4.0 A mixed bag
2016年8月21日に英国でレビュー済み
Amazonで購入
While there are a couple of tracks I just don't 'get' (Hello Kitty, for example), overall I love the album. As usual, there are a couple of truly gorgeous songs which encapsulate emotion and are perfect.
続きを読む
役に立った
フィードバックを送信中...
フィードバックをお寄せいただきありがとうございます。
申し訳ありませんが、お客様の投票の記録に失敗しました。もう一度試してください。
違反を報告
レビュー を日本語に翻訳する

U. Nilsson
5つ星のうち4.0 Variation is on the menue
2013年12月8日に英国でレビュー済み
Amazonで購入
All is Avril, no doubt but some songs give at least me som distinct associations. This is how I would describe it. Rock n' Roll, Bad Girl and the melodic ballad Give You What You Like sounds distinctly Avril. Let Me Go sounds Nickelback, obvioulsy. Then there is 17, very Kathy Perry to me (I'm just saying), Bitchin' Summer and You Ain't Seen Nothin' Yet are countrylike a bit "T Swiftish". Some dance stuff in the middle and then there are som nice ballads again at the end like Falling Fast and Hush Hush.
続きを読む
役に立った
フィードバックを送信中...
フィードバックをお寄せいただきありがとうございます。
申し訳ありませんが、お客様の投票の記録に失敗しました。もう一度試してください。
違反を報告
レビュー を日本語に翻訳する

Mr. S. D. Dawkins
5つ星のうち5.0 still rocking it
2013年12月16日に英国でレビュー済み
Amazonで購入
If you are a fan you will love this album, this album is similar to the previous releases with her great storytelling song writing skills continuing where the previous albums left off, great mix of up tempo songs and slower ballads.
続きを読む
役に立った
フィードバックを送信中...
フィードバックをお寄せいただきありがとうございます。
申し訳ありませんが、お客様の投票の記録に失敗しました。もう一度試してください。
違反を報告
レビュー を日本語に翻訳する