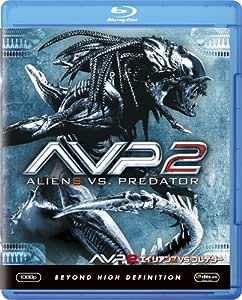 Daniel Johnson
5つ星のうち3.0 Nothing special.
2015年4月1日に英国でレビュー済み
Amazonで購入
Before watching I would strongly recommend turning the brightness up high on your tv, this helps the film a lot. I have watched this film 3 times now, once in the cinema upon release and once it was on sky probs the syfy channel and the 3rd time was on this blu ray. Without a doubt this is the best version by a country mile. I cant even recall being able too see anything but darkness on any over version but the blu ray copy. After turned the bightness up I had literally no problems with darkness except in bits here and there.

The major problem I found with this movie was the same problems I had with the first, The fight scenes are just way to close to the camera, I'm guessing it's because the way the alien is designed it's very difficult to get a close up hand to hand brawl with a predator, with the over alien films it not to much of an issue as if an alien is that close to someone it's likely that close up shot wont need to stay up close too long before that person is worm food.

The plot is only there to serve as filler between the alien and predator fight scenes. The acting is ok, there's some questionable scenes that made me scratch my head.

I think the major problem with the avp films is that they feel too much like a predator film with aliens in it, don't get me wrong I love the predator films as much as the next guy, but they simply don't compare to the masterpieces that are alien and aliens. Hopefully one day someone will make an avp movie with alien and aliens in mind, and take it seriously, but until then we have avp and avp requiem.

I prefer the alien and predators, and the fight scenes in this movie a lot more than the first, the final fight was a bit of a let down compared to the 1st one,but apart from that it's watch able as long as u have the brightness cranked up.

Jonathan Reviews...
5つ星のうち2.0 "Hold on, it is filmed this way, no need to go to spec savers!"
2015年7月6日に英国でレビュー済み
Amazonで購入
For me, this is a very guilty pleasure. I remember first watching it thinking it was terrible, jaw droppingly bad, the terrible soap opera script, bad lighting, underwhelming fight scenes, poor acting, the lot. I thought I would never watch it again. A couple of years passed and I happened to watch it again at a friends and I actually liked it a lot more. I have since purchased it on blu ray (to complete my alien / predator collection). This is similar to my opinion of Jaws the revenge, a terrible film but one I could just put on and get some strange enjoyment out of it. As long as you do not go into it expecting the quality of Aliens or Predator, and just a bit of forgettable entertainment there is some enjoyment to be had and in some ways better at least than AVP which itself is still watchable.

For the blu ray itself, I am the bearer of good and bad news. As you are probably aware from previous reviews, the film is very dark and it can be quite hard to see everything that is going on in the more frenetic scenes which is a choice of the movie makers no matter how much you turn up the brightness. That being said, the picture is excellent with deep blacks and no obtrusive grain which can be quite difficult with a film set mostly during the night and considering the films reputation it is a better transfer than one would have imagined. The sound is excellent as well with all the sound stage of a 5.1 system utilised to great effect.
Now, the bad news. For some reason only the theatrical cut of the movie is on the disc, not the unrated version which is a lot better, I think it is about 7 - 9mins longer. There is more violence and scenes changed to the benefit of the movie. It is on the dvd so why not here?! The scenes are in the deleted scenes as an extra but not good enough in my opinion. For a film with a bad reputation that is noticeably better as an extended version you would have thought that version would have been released, i do not understand. I have the unrated dvd but the quality of the picture is not very good, reminding me of a second rate direct to video movie that used inadequate cameras, grainy and lifeless.
I am on the fence between 2 stars and 3 stars but I can not be too lenient as I know I am in the minority of liking it, but that is just me. As a film judged on quality, 2 stars is being quite generous.

If anyone is interested, check out the review for AVP:R on 'DVD verdict'. This guy REALLY likes this movie! http://www.dvdverdict.com/reviews/avpr.php

Grewel
5つ星のうち2.0 It could have been --------
2011年3月24日に英国でレビュー済み
Amazonで購入
I am afraid to say I was very disappointed with this effort. My main criticism is the way it has been shot; almost all the scenes were filmed in almost total darkness, meaning that the action was so difficult to see that I lost interest early on.
The plot itself was not bad; an alien makes it to earth from within a crashed space craft, and slowly but inevitably multiplies to the point where the aliens are in control of their immediate surroundings, the town where the action takes place. Help is called for, which is a long time coming, during which time the aliens wreak ever more havoc. But help, when it does arrive, means the end for the town and its surviving inhabitants. The 'powers that be' have decided that the only way to halt the inexorable spread of the aliens is to nuke the town, having duped the people to gather in the centre first, thereby drawing all the aliens after them.
I regret to say I cannot recommend this as a fitting end to the Alien series.

Chris Wade
5つ星のうち1.0 No, I'm afraid I agree - it's a travesty
2011年6月9日に英国でレビュー済み
Amazonで購入
I like the Alien films (preferences: 1, 3, 2, 4 in that order) and the Predator films (esp Predators, I thought that was very well done).
I read some of the opinions here, then tried to give AVP Requiem a go. Shouldn't have bothered.
The concept had so much potential, but they messed up. The main issue for me was that they crossed a 'taste' line: it was always known that the Aliens had used human children, but until now this wasn't dwelt on. Here they not only crossed the line of showing a child getting the chest-busting treatment, they went on to let the face-huggers loose in a maternity ward. No, sorry, that's just gratuitous gore which I found unpleasant.
---AVOID---