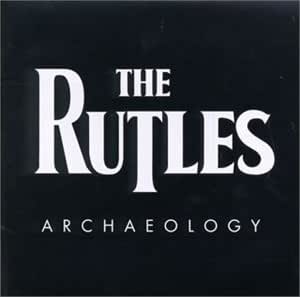 David Ian Jolly
5つ星のうち4.0 Good music by Neil Innes
2020年1月1日に英国でレビュー済み
Amazonで購入
Arrived pretty Sharply. Great Fun. and as a Beatles fan you can hear that musical legacy running through it. I found it not as convincing as the first Album, good music all the same. Such a shame that there will be no more as Neil Innes passed away 2 days ago. Some thing to remember him by. A genius unrecognised my most of the general public.
続きを読む
1人のお客様がこれが役に立ったと考えています
役に立った
フィードバックを送信中...
フィードバックをお寄せいただきありがとうございます。
申し訳ありませんが、お客様の投票の記録に失敗しました。もう一度試してください。
違反を報告
レビュー を日本語に翻訳する

The TV special created by Idle and Innes cleverly took on the band's rise and fall with a faux documentary featuring interviews with Mick Jagger, Paul Simon and other contemporary musicians, the film remains a marvelous satire of one of the biggest bands of all time. Heck, even Lennon, Harrison and Starr loved it (and McCartney did after his wife Linda pointed out the fun in the documentary).

This album, released after the "Anthology" series of albums, takes on The Beatles later trilogy of albums released in the 90's. Some of the material here was repurposed from Innes' other material but still sounds very much of the time it's meant to satire. I'd go for the reissued version of this album as it features more tracks (21) over the earlier release.

A fun album to listen to particularly if you are a Beatles fan, "Archaeology" remains a fun and fond look back at an earlier time by one of the best satirical songwriters from the 1960's and 70's.