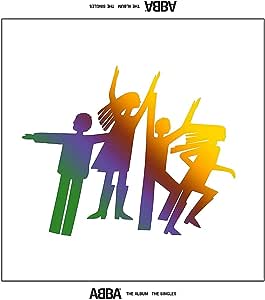 Ho Chi Minh
5つ星のうち5.0 Best ABBA Compilation
2015年8月19日 - (Amazon.com)
Amazonで購入
so I had Abba's greatest hits 1 and 2, along with Super Trouper and the Visitors.. why would I buy this? because greatest hits has 14 songs, half of which I like, half of which is cheesy and musically childish.. I was always skipping around to avoid songs like "he is your brother", "Nina pretty ballerina" and others that made my skin crawl.. this 2 disc set came to the rescue.. the half of greatest hits I like is all here, the cheesy stuff is not.. this compilation goes to 1982 when ABBA disbanded, so there is a little overlap between this and the previously mentioned Super Trouper and the Visitors discs.. but not much, just 3 songs from those 2, in total..

you still "need" Super Trouper and the Visitors.. songs like "happy new year", "lay all your love on me" and "when all is said and done" are not presented here, and IMO those are necessary songs, on albums that are necessary to round out your ABBA collection.. ABBA grew a lot musically, from 1973 until the early 1980's.. be aware that a few early cuts here sound like they were mastered from late-generation tapes ("ring ring", in particular), but that is preferable to the brickwalled, digital-sounding comps that came out in recent years..

Maurice F. Gravelle
5つ星のうち5.0 A must-have for any ABBA fan !!
2010年10月7日 - (Amazon.com)
Amazonで購入
I was very happy to have finally purchased this rare long out-of-print CD which is officially the last album ABBA released while they were still a group. This is a must-have for any ABBA fan, a compilation of 23 hit singles released from 1972-82.
続きを読む
2人のお客様がこれが役に立ったと考えています
レビュー を日本語に翻訳する
Amazon.comのカスタマーレビューを見る(10) 5つ星のうち4.6
Amazonプライム会員ならお急ぎ便、日時指定便が使い放題
さらに、映画もTV番組も見放題。200万曲が聴き放題 。クラウドに好きなだけ写真も保存可能。
> プライムを無料で試す