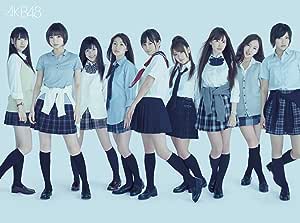 Jeff Higashi
5つ星のうち5.0 A definite must for AKB48 fans.
2013年4月26日にアメリカ合衆国でレビュー済み
Amazonで購入
I actually owned the Blu-Ray version of this buying at a bookstore in 2011 but for me, I have a hard time getting used to Blu-Ray's functions also, I'm used to DVD functions, anyways, I'm still learning all the names of their videos though, I saw many of them on Youtube in early 2011 but wanted a collection of their videos (i'm still a new fan) I love the most of the music videos in the first two discs but disc-3 in my opinion is a bit slow but that's just me another thing I didn't like was the menu screen where you choose 'PLAY ALL or select a certain video all the texts are a bit hard and difficult to see or read (texts in Japanese also, a few smattering of English but hard to red) While there's no bonus features which I don't mind, if You choose 'PLAY aLL' you'll see the girls talk about each videos and introduces them etc. While not all their videos aren't on the discs (some came out later after it's release) but all in all, I'm happy since I'm a fan and it's a definite must for any AKB48 fans new or current also a notable note, one of their videos which I heard was heavily edited was 'Beginner', here you get the un-cut 'Director's Cut 'version which is pretty gory compare to their other videos among others which is a bonus instead of a edited version again that's what I think. Again, I have to say I enjoyed it and glad it's in my collection and I know I haven't listed what's on there it's a bit hard to read what's-what but that's a minor compliant for me but it's definite buy (if you can afford it) for fans of AKB48 .
続きを読む
2人のお客様がこれが役に立ったと考えています
違反を報告
レビュー を日本語に翻訳する

Alexferdman
5つ星のうち1.0 No, I didnt like it.
2015年7月25日にアメリカ合衆国でレビュー済み
Amazonで購入
No, I didn't like it at all. This music is for kids. Basically its not a music at all but staged nonsense and they press on you with young chicks and artificial situations. They look much more appealing in person.
続きを読む
違反を報告
レビュー を日本語に翻訳する
すべてのレビューを参照します
Amazonプライム会員ならお急ぎ便、日時指定便が使い放題
さらに、映画もTV番組も見放題。200万曲が聴き放題 。クラウドに好きなだけ写真も保存可能。
> プライムを無料で試す