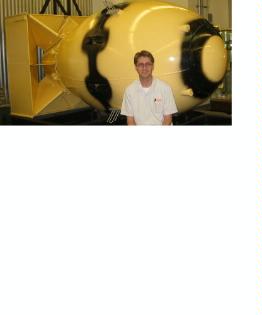 Dr. Lee D. Carlson
5つ星のうち4.0 Good introduction for beginners to AI
2003年9月13日にアメリカ合衆国でレビュー済み
Amazonで購入
Artificial intelligence has grown by leaps and bounds in the last 50 years, but during this time it has also seen a lot of valleys and backwashes, especially in the field of robotics. The unrelenting obsession, driven mostly by military needs, for creating autonomous thinking robots has met with considerable disappointment in the last few decades. This has caused some researchers to distance themselves from the words "artifical intelligence" in order to regain the confidence of funding sources. Thus one hears the words "computational intelligence" or "cognitive science" to describe the field. But sometimes words can accurately describe concepts or properties even they were chosen somewhat cavilierly. "Computational intelligence" could thus be viewed as that branch of artificial intelligence which primarily deals with algorithms designed to deal with large amounts of data, finding interesting and nontrivial patterns thereof.
The content of this book could be viewed as a collection of algorithms in computational intelligence, but also includes topics not usually included in this classification, such as intelligent agents. Indeed, the concept of intelligent agents that the author discusses in the last chapter of the book draws on what he has done before it. The techniques and algorithms that he discusses in these chapters, such as neural networks, genetic algorithms, fuzzy logic, decision trees, and natural language processing, supply the decision-making capabilities for the intelligent agents. These intelligent agents can be viewed as a step towards resolving one of the major issues in artificial intelligence, namely of constructing intelligent software or machines that work in more than one domain. Playing good chess does not mean playing good poker, but developments in agent theory show promise in making expertise in both of these games a reality.
Some of the algorithms discussed in the book have their origins in physics (simulated annealing), biology (adaptive resonance theory, ant algorithms, genetic algorithms, and artificial life), and brain modeling (neural networks). The reader will also be introduced to some of the older methods in artificial intelligence, such as rule-based systems (loosely referred to as GOFAI for "good ole-fashioned artificial intelligence by some researchers). Source code in ANSI C is given for the algorithms, even though the resulting programs are command-line driven. In spite of this, and in spite of no use whatsoever made of Prolog or LISP, all of the chapters in this book will serve to introduce the beginning student or practicing scientist to useful algorithms in AI.
After many letdowns in the past five decades, and also many accomplishments, artificial intelligence is now taking off, and has invaded many different fields with a vengeance. Indeed, financial engineering, bioinformatics, network engineering, elementary particle physics, manufacturing, computer games, and many other fields are making heavy use of intelligent algorithms. A lot of this use has been driven also by the rise of the Internet and the dramatic increase in computational power of computer hardware. Even robotics, the field that has been a source of frustration for researchers in AI, has now shown every sign of finally moving ahead. Without a doubt the 21st century will see the presence of thinking machines. These may not take the form they do in popular entertainment, but in whatever context they are used, one will be able to trace their abilities to the painstaking and patient efforts of the many early researchers in AI. The minds of these machines, however exotic they may be, however advanced they may be, and however they are used, will be products of the incredible originality and skill of the human mind.