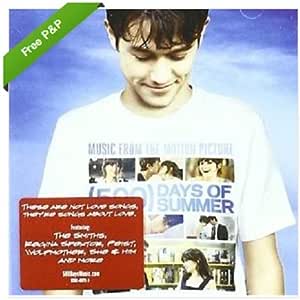 Original soundtrack to the 2009 film including songs from Regina Spektor, The Black Lips, The Smiths, Feist, The Temper Trap, Doves, Meaghan Smith and many others. The film tells the story of the relationship between a woman, Summer (Zooey Deschanel), who doesn't believe in true love and a man, Tom (Gordon-Levitt), described as a hopeless romantic, who falls in love with her. Over a span of 500 days, the story moves in a non-linear fashion from the perspective of Tom, who goes from ecstatic giddiness one moment, indulging in a fantasy song and dance sequence at one point, to crippling depression the next.