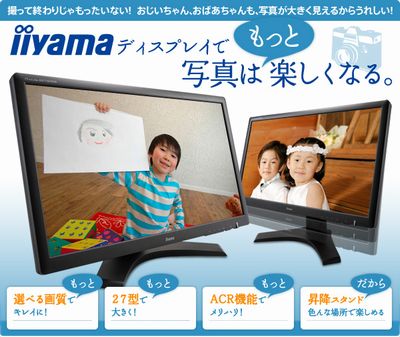 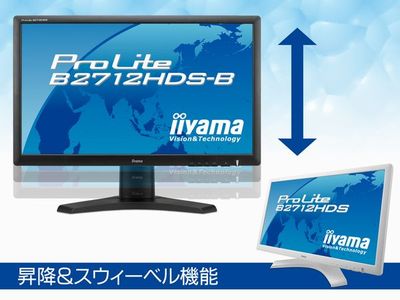 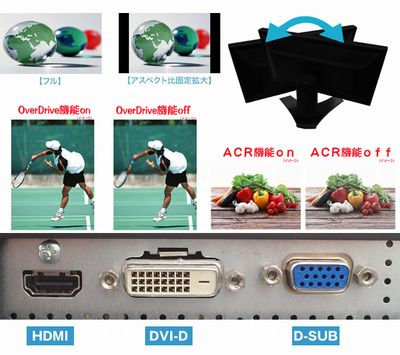 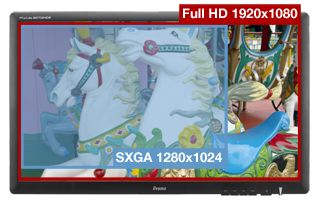 R. Taylor
5つ星のうち4.0 Reliable and good quality.
2012年12月5日に英国でレビュー済み
色: ブラックAmazonで購入
I bought this over a year ago in order to replace a failed HannsG monitor. I'm a writer by profession, so a bigger screen is essentially when you sit staring at it for twelve hours or more a day!

The monitor has so far performed flawlessy. No glitches, no wobbles and no backlight issues to report at all.

There is one minor gripe. The monitor comes with multiple inputs so you can have more than one device (PC/laptops/XBox) plugged into it at once. However, selecting these different inputs is a matter of a fiddly on-screen menu manipulation involving several key presses, moving up/down in the menu and so forth. There is no quick way of doing this, unlike my second monitor, which has a button on the front panel to select another input. If you're using multiple inputs, this is something to be aware of.

Further, if you shut down one input (i.e. turn the device off) the monitor doesn't seem to auto-sense the other, active input. Instead it goes into a power-saving hibernation state. You can escape from this but, you guessed it, its a matter of farting about with the on-screen menu again, which requires you to hold a button for three seconds before it even appears. It may be that I didn't have it set correctly (but trust me, I scoured the menu and setup options pretty thoroughly!) but this is an issue that shouldn't exist. So it loses a star for that.

Other than that, as I said at the start, the monitor is crisp and realiable, and a joy to use for hours on end. You will, however, have to turn the brightness way down on first use, as it is set way too high for comfortable viewing.

All in all, recommended.

EDIT AFTER SOME CONSIDERABLE USE: The monitor is still going strong in Oct 2014, so that is good. I have noticed however, that horizontal viewing angle plays quite a significant role in what colour is displayed. To put it simply, the colour (or rather the shade/hue) changes dependent on the angle you sit at relative to the monitor. Not a big deal for a writer - black is black and white is white, no matter what. But for viewing videos or doing graphics/art work it might be a bit of a deal breaker.
続きを読む
違反を報告
レビュー を日本語に翻訳する

Charles in Lincs.
5つ星のうち4.0 ILYAMA 2712HDS.
2011年9月14日に英国でレビュー済み
色: ブラックAmazonで購入
I am not easy to please.I agree with most of what has been said before on a positive note.
Controls not the easiest.Also one needs to download the users manual and read it to get best results.
Slightly over bright. After adjustment it becomes an absolute treasure.
Great colours and clarity. Plug in and use.
Speakers on these items and a lot of other monitors
will never be up to a purists expectations.
But all in all a great monitor at a decent price and no major disappointments.
The computer repair whizz in our village said it gets his No.1 vote and
he has seen a lot of other makes. Anyone considering this will not be disappointed
and I would heartily give it my vote every time.Hope this helps
someone on the verge of buying, to make the leap of faith.
続きを読む
違反を報告
レビュー を日本語に翻訳する

John Atkins
5つ星のうち5.0 Very happy with this monitor
2011年8月22日に英国でレビュー済み
色: ブラックAmazonで購入
I can't really add much to what has already been said by other people. Monitor is well built, looks great and is on a very good adjustable stand.

No stuck pixels at all and the text is very clear and readable. As has been said, it is a bit bright but once adjusted it's perfect. For such a large monitor it is a shame it cannot display a higher resolution but the larger font is very readable. I use mine mostly for work so I've little to say about its ability to display videos but as a working screen for web browsing, email, word processing etc it is very good.

I was a bit nervous that a large screen at such a good price would compromise on text quality but in my opinion it is very good.
続きを読む
違反を報告
レビュー を日本語に翻訳する

theinfamousmielie
5つ星のうち5.0 Fantastic Monitor, Fantastic Price
2011年9月7日に英国でレビュー済み
色: ブラックAmazonで購入
I'm not going to pretend to be an afficionado on screens and monitors and TV's and such. I'm not. But I bought this monster for my Home Theatre PC and it is fantastic for the below reasons.
* It's cost-effective and therefore value for money,
* It's got a non-reflective screen surface,
* It's 27" ... which is big enough for happy viewing from afar (for movies) and not too oversized for close-up work.
* It's sturdy
* It has a nice smooth tilting action, and an adjustable height base.
* Virtually no screen bleed ... there is a tiny bit of light that gets through, but it's barely noticable
* Great brightness. You WILL need to turn it down, though.
* Good response times. I'm not too fussy, it works for me.
* When working at non-native widescreen resolutions, the display is less fuzzy than expected. That's a good thing, since at the moment I can't play all games in native resolution. For such a big screen, it's very impressive.
* Buttons are out of the way (a bit hard to reach when base is at its lowest point, but I hardly ever need to use the buttons)
* 'On' light isn't imposing - the last thing I wanted was a big blue lit-up strip at the bottom of the screen. I know the screen is on, it's showing me a picture. When it's not on, it's not showing anything. I don't need a light to tell me that.

James D. T.
5つ星のうち5.0 Ilyama LCD 27" Monitor
2011年3月22日に英国でレビュー済み
色: ブラックAmazonで購入
Purchased this Monitor specificaly because of failing eyesight, the clarity of this screen is absolutly spot on and is evrything I was looking for, If you want a monitor to be proud of you need go no futher than this model, for gaming it is superb and may I point out you do not need poor eyesight to appreciate it, I love it.
続きを読む
3人のお客様がこれが役に立ったと考えています
違反を報告
レビュー を日本語に翻訳する
すべてのレビューを参照します
トップへ戻る
Amazonについて
Amazonでビジネス
Amazonでのお支払い
ヘルプ＆ガイド
日本語ショッピングのための言語を選択します。 日本ショッピングのための国/地域を選択します。
© 1996-2020, Amazon.com, Inc. or its affiliates