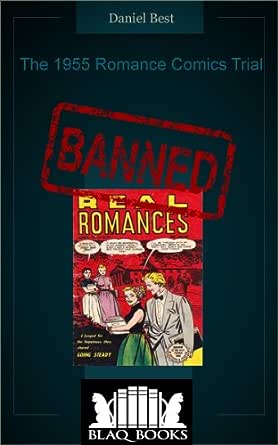 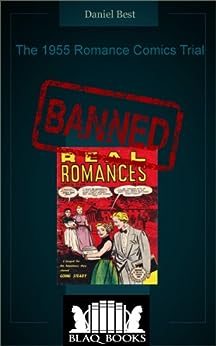 In mid-1954 the Queensland Government set up a Board of Review, working
under the Objectionable Literature Act of 1954 act. The board, consisting of
four men and one woman, initially met once every fortnight with the view of
examining all publications on sale in Queensland, barring newspapers, and
ultimately to prohibit the circulation in Queensland of any material that they
found to be objectionable. The manner in which the Board acted was almost
the opposite of the better known Commonwealth Censorship Board. The
Commonwealth Censorship Board was more concerned with books of literary
merit, banning titles such as Huxley’s Brave New World and The Dubliners by
James Joyce than comic books and pulp magazines, although it often would,
and did, ban titles from coming into the country, starting with Detective Comics
in the late 1930s and continuing into the 1960s when several hundred titles
were on the prohibited import list, including almost everything by Mickey
Spillane along with virtually every horror and crime comic and magazine and
comics as diverse as Doll Man, Marvel Tales, Battle Action, All American Men
Of War, Zip Jet, Fightin’ Marines, Captain Marvel Adventures and, incredibly
enough, single issues of Classics Illustrated relating to Frankenstein and
Crime And Punishment. Despite this censorship the Queensland Literature
Board would go even further.

Daniel Best was born in South Australia and is a life-long lover of history and popular culture. He has worked extensively in both electronic and print media, and currently works for the Government of South Australia. In his spare time he writes profusely and his work has been lauded worldwide as being insightful and, at times, ground-breaking. With a keen eye for his topics and a dogged approach to research, Daniel's books have won high praise from their readers with the result being that, in 2010, Best formed his own publishing arm, Blaq Books. At the moment his Trials of Superman Volumes 1 & 2 have been downloaded over 60,000 times in four months, and his books include the authorised biographies of the Eisner Hall Of Fame winners Ross Andru & Mike Esposito and Jim Mooney. Recently Best has begun to delve his research talents to the world of law, copyright and the impacts that cases have upon society as a whole. This has resulted in a whole new field of books, which will be available as electronic versions only, thus cementing his desire to remain at the forefront of publishing. He is verbose, articulate and his work is referenced both in other people's books and the media and also in major court cases in the USA. His current works include the complete history of the legendary Newton Comics and the 1955 Queensland Comic Book trials.