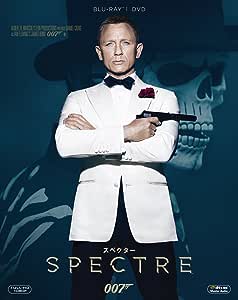 Brendan Ray Cyrus
5つ星のうち1.0 Damp Squib
2018年10月7日に英国でレビュー済み
Amazonで購入
Eliot Carver (Johnathan Pryce) was the media baron 'baddie' who acts as the main antagonist of the 1997 film 'Tomorrow Never Dies'. He was miscast and ineffectual. Not as ineffectual as Christoph Waltz. C. Waltz is totally miscast. He plays the villian Blofeld; he is awful with no menance whatsoever. Daniel Craig looks bored, wooden, miserable, humourless, and seems to be in it for the pay cheque.
Everything goes down hill after the dire theme song 10 minutes into 'Spectre'. This film is a Jaw-dislocating yawn.
Absolutely boring film with ridiculous story line e.g. fight scene on a night train when Bond and his exquisitely beautiful lover get beaten half to death, then walk back into their trian carriage and make love.
OST = non-descript soundtrack by Thomas Newman. I knew T.Newman was aboard this project because the music in Spectre is similar to what you can hear in 'American Beauty' and 'Jarhead'. Both films directed by Sam 'Spectre' Mendes.
Almost 2.5 hours long = celluloid boredom. Skyfall was brilliant; Spectre is rubbish.

PS. ''Spectacular'' 5* review by The Guardian - Did they receive a blank envelope stuffed full of $$$ ?

cora
5つ星のうち5.0 In the Tradition of the Early Bond Films
2018年4月28日に英国でレビュー済み
Amazonで購入
Finally here's a fun Bond film with Daniel Craig. It's a rather convoluted story and I'm not sure if I really wanted to see this particular Bond villain again in a new incarnation, but the other aspects of the film more than make up for all that. The opening sequence is one of the best in the series, with mindblowing stunts and locations, there are nods aplenty to pretty much every Bond film ever made and there are two amazing Bond girls in this, a stunning Italian beauty and a serious love interest reminiscent of the cellist in the The Living Daylights.

Add to that a couple of highly entertainig chases, a really good fight with a formidable henchman, and a bit of fun with Q coming to Bond's rescue in the field. I can only speak for myself, but for me it's my favourite of the Craig era - there is a bit of the humour of early film here and that's not a bad thing.

Gins
5つ星のうち3.0 Okay
2019年12月30日に英国でレビュー済み
Amazonで購入
I have Never liked Daniel Craig as James Bond as I have always considered him too rugged and not sophisticated or 'gentlemanly' enough and I hate the scripts where the little idiosyncrasies of JB are no longer written in, neither are Q's gadgets and there is a distinct lack of the quintessential Bond theme written into the musical score… all of which I consider to make a Bond film 'BOND'.
So having said that, since being bitterly disappointed with his first portrayal in Casino Royale (2006) I have watched his subsequent offerings as spy films rather than Bond films and I have to say Spectre for me lacks lustre for the afore mentioned reasons but also the baddie, really didn't come over as a villain or particularly bad at all. There were a few little gems: the car chase, the wingless plane, the sofa, needles & chess game but overall it's a no from me.
The one Craig JB I did like however was Skyfall - now that was a great Spy film with entrancing storyline, brilliant villain, emotional, pathos with JB history - his heritage/family/home/old car etc. as well as loads of fast thinking, twists and turns action.

DAVID KEMP
5つ星のうち5.0 A GREAT THRILLER
2018年4月8日に英国でレビュー済み
Amazonで購入
This has everything you could wish for in a Bond film - exotic foreign locations, a truly unpleasant villain (Christoph Waltz) and a beautiful and Intriguing leading lady (Lea Seydoux). If I have one reservation, it is that Monica Bellucci (once undoubtedly the most beautiful film star in Europe, succeeding Claudia Cardinale, the pin-up of an earlier generation) was cast just a tad too late in life, and with a miniscule part to boot. Still, this was a thriller that kept me one the edge of my seat..
続きを読む
3人のお客様がこれが役に立ったと考えています
役に立った
フィードバックを送信中...
フィードバックをお寄せいただきありがとうございます。
申し訳ありませんが、お客様の投票の記録に失敗しました。もう一度試してください。
違反を報告
レビュー を日本語に翻訳する

Austin haigh
5つ星のうち5.0 Five star Bond
2016年8月8日に英国でレビュー済み
Amazonで購入
An almost faultless James Bond movie, which is only let down by a slightly lame ending. A great script, great action (the pre-title sequence is up there with the very best), great acting and Daniel Craig is now totally irreplaceable as Bond. Skyfall had said goodbye to 2 of the franchises stalwarts in Dame Judy Dench and the Aston Martin DB5, so one of the most pleasant surprises here is that both return in cameo appearances.
続きを読む
5人のお客様がこれが役に立ったと考えています
役に立った
フィードバックを送信中...
フィードバックをお寄せいただきありがとうございます。
申し訳ありませんが、お客様の投票の記録に失敗しました。もう一度試してください。
違反を報告
レビュー を日本語に翻訳する

Amazon Customer
5つ星のうち5.0 The indented bullet outline is a welcomed feature, although there is no new artwork
2016年9月1日に英国でレビュー済み
Amazonで購入
I won't describe the film, but rather this product.
The steelbook bluray format is a habit I've only recently become interested in. There is no difference to the bluray disc you receive from standard /normal bluray purchases. I bought one steelbook (incidently it was Skyfall), liked the cover for its artwork/photo, as well as the cold steely feel of the secure box.
Firstly the steelbook comes with a cardboard partial sleeve which covers the reverse of the steelbook. This contains the film summary, credits, and information blurb etc you find on most dvd/bluray cases.
This steelbook unfortunately isn't a new photo or artwork but features the promotional poster of the bullet shattering a pane of glass, leaving the outline of the SPECTRE organisation symbol of an Octopus. However, the centre of the 'C' which overlaps the bullet holes is indented and 3-D, which is a minimal but welcomed feature.
Opening the case, we have the digital code and generic information on how to watch the film on multiple devices. However, overleaf there is the photo of Daniel Craig in his white tuxeudo, arms crossed and holding a pistol. Again this is not new artwork as I beleive it is the same picture used on the DVD release.
So over all a good addition to your collection, the indented bullet outline is a welcomed feature, although there is no new artwork included.

Mr. Thorpe
5つ星のうち3.0 It's OK
2016年11月27日に英国でレビュー済み
Amazonで購入
OK, thats about all I can say about the latest Bond venture its just OK, Casino Royale, Quantum of Solace and Skyfall are amazing though so this one feels a little empty and unfortunately leads to a rather 'Bland Bond'.

The story itself is not particularly memorable and the characters are quite dull, good performances from all involved, you really cant fault the acting ability but the writing in this one really lets it down.

Not a bad movie by any stretch but not up there with the best sadly.

leaves off some short time after the last film, 007 has gone rogue carrying
out revenge on behalf of the former M( Judi Dench) when he reappears after causing more mayhem
he becomes a ware of SPECTRE , and it is this organisation that's behind of most of the recent attacks around the world
trying to find out more a bout SPECTRE he seeks and old enemy finds a new love interest, and a more dangerous
enemy that's more personal than any other.
meanwhile m16 is under threat from the new joint chief who wants to combine
all global intelligence under one umbrella
great film its suggested that its Mr Craig's last, pity if it is because he is excellent.

Mr. D. Wilson
5つ星のうち4.0 Spectre!
2017年6月14日に英国でレビュー済み
Amazonで購入
NOT the best bond film by any stretch, on 2nd viewing (via this for home use), the action is wonderful, the story line does leave much to be desired. I would have thought they could have come up with something much better. the opening sequence is brilliant but given the "subject matter" (I wont spoil it if you haven't seen it) it does NOT fit all the parts together nicely.
続きを読む
2人のお客様がこれが役に立ったと考えています
役に立った
フィードバックを送信中...
フィードバックをお寄せいただきありがとうございます。
申し訳ありませんが、お客様の投票の記録に失敗しました。もう一度試してください。
違反を報告
レビュー を日本語に翻訳する

DM
5つ星のうち1.0 Don't bother with this Bond Film
2020年4月4日に英国でレビュー済み
Amazonで購入
Went to see this when it came out (family tradition). Remember very little about it. I know why now. The plot is lame, the acting poor and just over indulgence on action. Needed more intelligence and storyline. Casino Royale and Skyfall were by far the best films DC starred in. Lets hope his last is up with those 2 films!
続きを読む
役に立った
フィードバックを送信中...
フィードバックをお寄せいただきありがとうございます。
申し訳ありませんが、お客様の投票の記録に失敗しました。もう一度試してください。
違反を報告
レビュー を日本語に翻訳する

Nicky Jenkin - njenkin
5つ星のうち5.0 Very enjoyable movie
2020年4月10日に英国でレビュー済み
Amazonで購入
Not as good as Skyfall or Casino Royale, but still a very enjoyable movie. The sound and picture quality of this blu-Ray is fantastic and delivery was super fast. Came with an additional digital download option which was nice so I can now watch this on my iPad also. Happy days!
続きを読む
役に立った
フィードバックを送信中...
フィードバックをお寄せいただきありがとうございます。
申し訳ありませんが、お客様の投票の記録に失敗しました。もう一度試してください。
違反を報告
レビュー を日本語に翻訳する

Amazon Customer
5つ星のうち3.0 Decent enough, but the steam isn't there
2016年5月31日に英国でレビュー済み
Amazonで購入
Craig is back for his last performance, and they tie up the 4 movies in a decent, if somewhat unexcited way. The action is here, but the personality and tension of Casino Royale and Skyfall is gone. Christopher Waltz makes a boring Blofeld, and Craig seems tired of the part. Still some decent ti-ins, but a bit dissapointing, a lot of cudos to other Bond movies, but it fails somewhat to create it's own chemistry.
続きを読む
1人のお客様がこれが役に立ったと考えています
役に立った
フィードバックを送信中...
フィードバックをお寄せいただきありがとうございます。
申し訳ありませんが、お客様の投票の記録に失敗しました。もう一度試してください。
違反を報告
レビュー を日本語に翻訳する