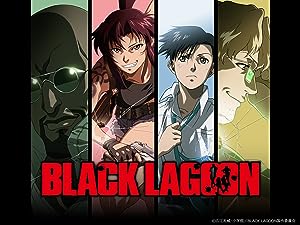 Episode rentals include 30 days to start watching this video and 14 days to finish once started.

Season rentals include 30 days to start watching this video and 14 days to finish once started.

4.3 out of 5 stars
4.3 out of 5
176 customer ratings
How does Amazon calculate star ratings?
Amazon calculates a product’s star ratings based on a machine learned model instead of a raw data average. The model takes into account factors including the age of a rating, whether the ratings are from verified purchasers, and factors that establish reviewer trustworthiness.

T. Coleman
5.0 out of 5 stars A great show from start to finish...
Reviewed in the United States on November 15, 2009
Verified Purchase
That demands more! I know that there will be more anime coming out next year in Japan, but sadly; it'll be a direct to video release. In regards to that...

Good: The violence will be closer to the Manga it was based on.

Bad: The show won't last as long as the tv show did with maybe only six episodes top!

But never mind my whining about the "third season" and I write about the package you should be buying right now instead of reading this. Simply put:

It has DTS! Audio! The sounds of flying lead is quite immersive and plays up every speaker in the room, of which you'd hear more often near the beginning rather then the quieter last episodes. The foul mouthed Rebby really fills the room with her nasty lips every time she decides to speak too. The overall animation dropped a bit unfortunately too, but when the bullets fly. It's all in the game!

If you bought -and loved!- the first season, this is a given in purchase to complete the in-complete story of 'Black Lagoon'.
Read more
Helpful
Sending feedback...
Thank you for your feedback.
Sorry, we failed to record your vote. Please try again
Report abuse

John
4.0 out of 5 stars Mature and mature
Reviewed in the United States on June 13, 2009
Verified Purchase
One of the more striking elements of this series, beyond the constant f-bombs and gushing blood, is the mature way the writing treats the characters and the audience. Now some anime can be mind numbing and others can be so deep as to be opaque, but Black Lagoon sets a balance, especially because it's character driven.

Sure, there's "why are we here" discussions, but it's more like the character asking "why am I here specifically". There's a difference. In the last plot arch of the second season Rock comes to some very profound realizations about himself in somewhat extreme circumstances. It's an interesting twist since Rock is supposed to represent an "everyman" in an environment that most of us probably couldn't survive in... but that almost exists in some parts of the world. Also in this story Rock and Revy get to delve deeper into their own relationship, although it's mostly co-dependent co-denial. For her part Revy considers herself "already dead" but she's not past the point of caring about what Rock wants or needs and putting herself in situations that are against her "principles" to support him. The writers never give away the advantage of making their relationship as complex as they want to.

Another refreshing element is simply the story structure. Four or five episode plot archs that are largely self contained. There are a few references to earlier plots and maybe a few flashbacks but most all of the story is fully within the arch. I wish more series, even live action types, worked that way. No instant resolution but no meandering road going nowhere.
Read more
5 people found this helpful
Helpful
Sending feedback...
Thank you for your feedback.
Sorry, we failed to record your vote. Please try again
Report abuse

C. Weaver
5.0 out of 5 stars ...Where The Other Left Offf....
Reviewed in the United States on November 1, 2012
Verified Purchase
I was sort of waiting for a new release (maybe Funimation, etc...), but it didn't happen and I wanted the second season so I took the plunge.... Well worth it. The second set met my hopes and was just as good. (Not to mention the case.) I am normally not into buying used DVDs as it can be chancy. Not this time, the set was in great shape and I feel it was a good buy, even if a little high. Being a big fan of the first set, I really liked the second one. This is just a great series! A must have!
Read more
Helpful
Sending feedback...
Thank you for your feedback.
Sorry, we failed to record your vote. Please try again
Report abuse

Andre Francis
5.0 out of 5 stars Black Lagoon Season 2
Reviewed in the United States on June 10, 2009
Verified Purchase
Compared to the first season of black lagoon, the second barrage rocked. It continued the action from the first season and kicked it up a notch.
The second barrage is a lot darker than the first one with some scenes giving me the chills. The the first arc includes these twins from transyvania and personalities really creeped me out.
OVerall I liked the second barrage and my favorite part of this season was the character development of Rock. Outwardly Rock doesn't change much but the second barrage opens his eyes to the kind of life he stepped in to when he joined the black lagoon company. So this season includes sort of a life change for Rock. I encourage everyone who watched the first season and liked it to watch this one. It is worth it to have seen the first season before watching this season so you know what is going on.
Read more
Helpful
Sending feedback...
Thank you for your feedback.
Sorry, we failed to record your vote. Please try again
Report abuse
Load more international reviews

Kent Albert
5.0 out of 5 stars Love it Awesome!!
Reviewed in the United States on June 17, 2009
Verified Purchase
Black Lagoon: The Second Barrage

I was fortunate enough to have watched the first one and loved the series. This second one is right up there with the first one. About the 4th episode the action really kicks in and off you go. Bullets, murder mayhem etc. The first few episodes were a little sick for me. (Hansel & Greta eps). But after that it was great. I am hoping for more. It comes in a metal DVD container. Just the cover is worth it.
Read more
3 people found this helpful
Helpful
Sending feedback...
Thank you for your feedback.
Sorry, we failed to record your vote. Please try again
Report abuse

MR. Wolfman313
5.0 out of 5 stars very good conclusion to an already good series.
Reviewed in the United States on April 5, 2014
Verified Purchase
Even more explosions and even over the top action!! If you liked the first season you will surely love the second one.
Read more
Helpful
Sending feedback...
Thank you for your feedback.
Sorry, we failed to record your vote. Please try again
Report abuse

Don Foreman
5.0 out of 5 stars Five Stars
Reviewed in the United States on February 9, 2015
Verified Purchase
MY SON LOVED IT
Read more
Helpful
Sending feedback...
Thank you for your feedback.
Sorry, we failed to record your vote. Please try again
Report abuse