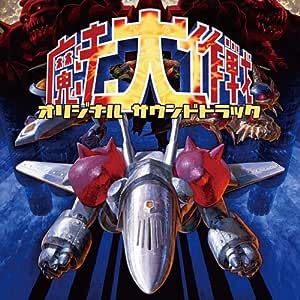 Charles L
5つ星のうち4.0 The World Needs More Raizing Collections
2014年7月8日にアメリカ合衆国でレビュー済み
Amazonで購入
I was surprised to learn of this soundtracks existence since the games represented here have already seen soundtracks released in one shape or another since 1994. However, this is a great bundle for the value (at the time of this review $50 before shipping) considering the standalone soundtrack for Dimahoo or Great Mahou Daisakusen, released in 2000, goes for nearly the same price if not more. The overall quality is excellent and is a definite pick-up provided you are missing one or more of the following media: