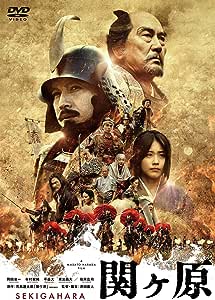 M. Collier-Zans
5つ星のうち4.0 Dai Ichi, Dai Man, Dai Kichi
2020年8月10日にアメリカ合衆国でレビュー済み
Amazonで購入
Simplistically: "All for one, one for all, everyone happy".

I am a big Koji Yashuko fan (the actor portraying Tokugawa Ieyasu here, in a characteristically mercurial performance), so took a chance and purchased this. I was not certain what I would receive, but was pleased to discover that the blu-ray disc I received DOES play on a region A/1 player, the transfer is of excellent quality, and the English subtitles are also of excellent quality (such as they are; none are provided for Japanese language voice-over or on-screen text).

Japanese power politics during the Sengoku period (the main era of "warring states" in Japanese history) are complex beyond description (trying to follow that stuff has always made my head hurt), and this film does essentially nothing to clarify any of it, even to the least degree. I suspect the film-makers are intentionally relying on some general familiarity on the part of the audience with the course of the latter parts of this history (say, from the battle of Nagashino c. 1575, through to c. 1603 or so). With the Takeda and Oda clans and their alliances gone from the stage (due to the deaths of their respective supreme leaders and the absence of capable successors), the Toyotomi and Tokugawa, both erstwhile Oda allies, continued the struggle for supremacy in Japan through the last quarter of the 16th century.

Despite the film's inability to clarify decades of antecedent events (certainly intentional; that would need a miniseries on the order of "Game of Thrones"), the personal histories of major personalities, and the nuances of the motivations governing the actions of those personalities, I thought the film did a good job communicating the "feel" events in the months leading up to battle of Sekigahara (October 21, 1600, on the contemporary calendar).

Having said this, while the "feel" is good, the details of the political and military maneuvers through the months leading up to the battle are summarized rather briefly and are unsurprisingly somewhat cryptic (at least based on a single viewing). But unlike, for instance Kurosawa's "Kagemusha" (re: the battle of Nagashino), the film does undertake a robust depiction of the battle itself. The cinematography is stunning (with a muted, naturalistic/realistic palette that I very much like... though how the production manged to find so much of what appears to be pristine countryside in modern Japan is a mystery... digital to the rescue?). And though the battle is staged with what appeared to be perhaps 1000 extras, the staging and editing effectively convey the immense scale, complexity, and ferocity of the event. There is a lot of vacillation and last-moment treachery. Significant concentrations of infantry (seemingly in their thousands... digital to the rescue again?), cavalry (with and without garish "Horo" arrow defense), and musketeers all zip around at high speed, screaming and chewing each other to pieces. Ninja and peasants stalk small groups of fleeing combatants (and groups of Samurai, detailed to suppress this banditry, interdict this activity). There is even a small unit of Chosen (Korean) cannoneers (don't know how historically accurate this is), the effect of which is suitably terrifying. In the end, Tokugawa Ieyasu's faction wins, and after a few years of consolidation (not depicted in the film; this will have to wait for the "Game of Thrones" miniseries), his dynasty ruled Japan uninterrupted for the next 250 years.

As other reviewers have suggested, this blu-ray may or may not be worth the sale price (I paid a nominal $60... the price seems to have gone up since then), but the film and the disc itself are of high quality, and I don't think I have seen anything else like it.
続きを読む
2人のお客様がこれが役に立ったと考えています
違反を報告
レビュー を日本語に翻訳する
すべてのレビューを参照します
同様の商品をご覧になりませんか？ こちらのリンクで参照ください。英語 dvd
Amazonプライム会員ならお急ぎ便、日時指定便が使い放題
さらに、映画もTV番組も見放題。200万曲が聴き放題 。クラウドに好きなだけ写真も保存可能。
> プライムを無料で試す