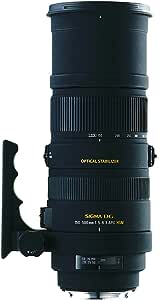 Tony
5つ星のうち5.0 Sigma 150-500mm
2012年11月7日に英国でレビュー済み
スタイル: ニコン用Amazonで購入
I purchased this lens from Amazon around 18 months ago to use with my Nikon D90 digital SLR camera.

Initially, I too struggled to get good consistent results with my wildlife Bird photography for several months.

However I have now mastered this weighty beast of a lens and am now able take all my outdoor Bird photos and printing up to A4 size using the 'Hand-held' method, setting the camera onto SPORTS mode with CENTRE-SPOT autofocus and
setting the ISO speed to 800 - 1250 depending on the available light at the time.

The 150-500mmm lens does get a little soft at the full 500mm focal length , but you can compensate for this by short zooming to around 450mm or so for good results .

Additionally, I keep the camera set on continuos auto-focus and set the lens master switch to auto-focus also.

Because of the weight of the combined camera lens setup, I use a neoprene strap from OPTITECH USA which spreads the load on the neck & shoulders when out walking and stalking the wildlife.

Jackson
5つ星のうち5.0 And they said it wasn't any good!
2014年4月5日に英国でレビュー済み
スタイル: キヤノン用Amazonで購入
It was with trepidation that I bought this lens. I was looking at the Canon 100-400mm L series when I tested this lens on a Canon 5D Mk3 at the shop. I have had mixed results with Sigma in the past but good experience with their 50mm 1.4 and 15mm. The reviews on the web did little to encourage me but when I took a close look (pixel level) on a calibrated monitor I was simply stunned by the overall image quality compared to the Canon.

Now perhaps I was lucky in having a good copy of this lens and unlucky with the Canon copy. However, considering,after the £100 rebate, this is half the price of the Canon it out performs its price point by a fair margin. I really wanted it to fail. Honestly I did. I wanted to dislike the pictures it produced. I tried it in all sorts of situations over a week in the hope I would be sending it back to Amazon! But I concluded that for me it would do what I needed.

OK, the 500 end is soft when viewed at pixel level, but do a normal A3 print and with correct sharpening it looks great. Drop it down to 400mm and f8 and the results are very good. A picture of a car parking sign from a long distance revealed the contours of the previous car park plastic sticker that was underneath the new one!

Yes, I know that the far corners are really quite soft but then I am not looking in the corners! 99% of the time my subject is in the centre or near enough. Stop down to f11 and the corners improve a bit. But it is still soft so if you are a pixel peeping junky who wants razor sharp everything then this lens is not for you.

Colour and contrast are fine. It is a little more yellow than the canon but a tweak in lightroom or equivalent is all you need. Colours have a nice punch to them.

Build quality? Well it is only £600! What do you expect? Overall it is a nice finish though how it stands up to rough handling over the long term remains to be seen

Focusing on my Canon is fast enough and i tested moving cars and planes using the servo which tracked with ease and multiple shots were all sharp. No issues. Again, don't expect the speed of the Canon f2.8 lens but for most situations it is fast enough.

The OS is brilliant. You would not believe how slow a shutter speed I was using hand held at 400mm..........you wouldn't believe me if I told you.

All in all, despite wanting to justify buying the Canon, I have decided to run with this lens and see if Canon update their range. Will I swap? Time will tell. I need to improve my technique and stop pixel peeping. When that is achieved and I have more practice I may look at the next Canon zoom lens but it will have to be significantly better. I may elect to go for a prime and keep the zoom for the 100-400 range and the odd trespass to 500mm. Let's see.

Try it yourself. Stop pixel peeping. Worry about the picture and if you like it and less about the ultimate sharpness and above all go take some piccys and have fun.
続きを読む
21人のお客様がこれが役に立ったと考えています
違反を報告
レビュー を日本語に翻訳する

Villers
5つ星のうち3.0 Lens Firmware upgrade required fro newer cameras - check first!!
2015年7月2日に英国でレビュー済み
スタイル: キヤノン用Amazonで購入
I have only had a short while to play with this lens before returning it to Amazon. Im mainly writing this review to warn other potential purchasers to check the Sigma USA website as this lens has an issue with some cameras - in particular the newer Canons. I have a 760D and this lens requires a firmware update to work correctly. Sigma UK struggled to understand this at first but the technical department confirmed it and asked me to send it to them for a free upgrade (note it cant be done via the dock, it needs to go to them apparently and will be back in a week. The score left is as a result of this, these lenses are not up to date! I was happy to have the work done but Amazon sent me a lens that had been returned by another customer (no big deal normally) but when it came it hadnt even been checked, it was incorrectly packaged, the box was dog eared, the instructions were crumpled up, bags were stuffed in the bottom of the box and the main optic was caked in dust. Looked like someone had used it for a job and then returned it. Not a chance I'd like to take with a lens. Will probably get another one when the amazon stock returns.
続きを読む
9人のお客様がこれが役に立ったと考えています
違反を報告
レビュー を日本語に翻訳する

LMD
5つ星のうち5.0 Zoom, Zoom!
2010年9月15日に英国でレビュー済み
スタイル: ソニー用Amazonで購入
Bought for wildlife photography and receiving a "baptism of dust" on safari in South Africa in mid-August, this lens has proven to be exceptional value for money. It survived the dust, the heat and the bumpy drives admirably and provided some wonderful photos.

Used with both a Minolta D7 and a Sony A350, I've found focusing to be quick for such a long lens and very quietly thanks to the HSM. Hunting was only a minor problem and even then only in particularly cluttered scenes or at particularly close ranges. Speaking of close ranges, this lens does a surprisingly good job of "close-ups", but it's not a replacement for a macro lens by any stretch of the imagination. Also bear in mind the imnpact of APS-sized digital camera sensors... both of the cameras I used have a 1.5x multiplier on focal length which mean this lens effectively becomes a 750mm maximum zoom.

The lens comes with two modes of optical image stabilisation; one for use with static subjects and the other for moving/panning shots. Using either with a Sony/Minolta body can produce "intersting results" if you forget to turn of the in-body anti-shake mechanism. Having tested all combinations, I've been reasonably impressed by the OIS included in the Sigma lens. The fact that it moves lens elements rather than the CCD means that the effects of OIS are immediately visible through the view-finder and can be quite disconcerting to begin with. It also means you have a little more confidence in the stabilisation because your subject isn't jittering about in the frame anywhere near as much. In use, ther's not much between the lens-based and body-based stabilisation technologies. If anything, I think the in-body mechanism gives marginally better results than the lens for static subjects while the lens-based stabilisation is slightly better for panning shots.

The maximum aperture is surprisingly large for such a long lens, and wide-open at 500m it does a wonderful job of losing all background detail. The images seem a little soft at maximum aperture but I think this varies between subjects and is only likely to become apparent at A4+ sized enlargements.

The lens comes with a nice, padded carry case and a strap that attaches to the tripod collar. The collar itself is a very handy addition providing much better balance of the lens on a tripod and, when rotated to 12 o'clock, serves as a great "handle" for the camera & lens. And make no mistake, it's good to have a reliable means of holding things as the pair combined will weigh about 2kg depending on the body you're using and, zoomed to 500mm it's quite a handful. The Zoom lock is handy, it's main use to stop the lens "zooming under it's own weight" while being carried. The OIS mode selector is conveniently located on the barrel close to the body for operation by your left thumb.

All things considered, this lens offers exceptional value for money. Having image stabilisation in the camera body meant that the OIS was less of a selling feature for me, but I still found it useful. The HSM works wonderfully well and is much quieter. But above all, it's the zoom range and quality of images that sell this lens. Highly recommended
続きを読む
25人のお客様がこれが役に立ったと考えています
違反を報告
レビュー を日本語に翻訳する

Mr. Richard Vowles
5つ星のうち5.0 Outstanding value
2014年3月30日に英国でレビュー済み
スタイル: キヤノン用Amazonで購入
With most things, you get what you pay for. THis is the exception which proves the case! This lens is 1/10th the price of a Canon 500mm white lens, and is undoubtedly not as good, however, for £600 you get a lens which is an all round good performer. It is heavy (Not as heavy as the Canon though) but you can shoot from hand even at 500mm. Tripod not required, though probably better if you have one. the lens is slow and the autofocus can be very slow and infuriating. The lens will run your camera battery down fairly quickly. But hey, what do you expect for £600. I recently took this lens on Safari in Kenya. Good job too as my 70-300 DO USM Canon lens (Much more expensive) broke. I am astonished by the quality and clarity of my photos, especially those of the birds which I have always found difficult to shoot with smaller lenses. Bottom line, if you have £6000 to drop on a lens and tripod, and you don't mind lugging many Kgs of equipment around, if the quality of the shot means everything to you, then get the Canon. If you haven't got a spare £6000 get this. It is superb!
続きを読む
6人のお客様がこれが役に立ったと考えています
違反を報告
レビュー を日本語に翻訳する
すべてのレビューを参照します
Amazonプライム会員ならお急ぎ便、日時指定便が使い放題
さらに、映画もTV番組も見放題。200万曲が聴き放題 。クラウドに好きなだけ写真も保存可能。
> プライムを無料で試す