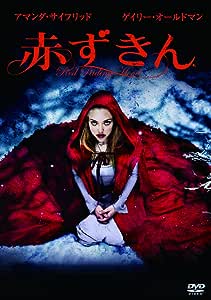 PhillyJQ
5つ星のうち5.0 A real 'sleeper'!
2016年11月29日に英国でレビュー済み
Amazonで購入
For the first 1/3rd of the film, I wasn't all that impressed with the story, but after the village folk kill a wolf (not the wolfman), things really picked up. There's a wonderful, seductive dance scene with a mesmerizing, throbbing soundtrack after the wolf hunt. I thought, at first, this Blu-Ray was destined for a charity shop, but that ain't gonna happen now that I've watched the film in its entirety! Nothing sexually offensive, some gore, but not over done. The film, also, has a great look to it (congrats to the photographer, and both the art & set designers.) Gary Oldman was excellent as the 'Inspector General': tough, brave, true to his principals, but a bit cruel & obsessed with his mission.
続きを読む
3人のお客様がこれが役に立ったと考えています
違反を報告
レビュー を日本語に翻訳する

Amazon Customer
5つ星のうち5.0 Superior to original version
2012年6月27日に英国でレビュー済み
Amazonで購入
I actually enjoyed the original version of the film, thought it was a great twist to the tale. However the extended Blu-Ray version is better by far. This is an adult story, not for children. Suitable for people who like romantic comedies, dramas and fantasy.

I enjoyed the interplay between the characters. They all showed chemistry, especially Amanda and Shiloh. Amanda Seyfried works for me as 'Red Riding Hood', though she is not addressed as such in the film. Amanda is not playing an atypical victim, but a young woman who is comfortable with who she is and what she wants. Shiloh Fernandez was a good casting as the brooding would be love of Red. He doesn't go over the top, but plays the part just right. Max Irons character was also a good casting. He is your typical male lead and a fitting counterpart to Shiloh. All in all the three leads do a very good job and play their roles responsibly. This is not a tale for children to watch but more an adult version of the film.

The supporting cast led by Gary Oldman, who is brilliant in every role he takes, are great. We are kept guessing as to who the wolf is with good scripting and acting. I enjoyed the music and ambience of the film. They helped weave the story.

Many people have criticised this film, but I enjoyed it and will happily watch it again.
続きを読む
4人のお客様がこれが役に立ったと考えています
違反を報告
レビュー を日本語に翻訳する

Mohammed87
5つ星のうち3.0 dvd quality is not all that good
2013年7月25日に英国でレビュー済み
Amazonで購入
arrived today, complete order arrived for a change, ive already checked out the dvd and the quality is not all that good-really poor, ive not seen the bluray just yet because its broken. soo il have to wait and see how the bluray performs.
続きを読む
違反を報告
レビュー を日本語に翻訳する