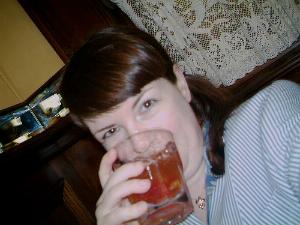 Blobbinses
5つ星のうち5.0 I'd love to see someone try and attempt to make this into a film...
2020年2月24日に英国でレビュー済み
Amazonで購入
Ok, there's plenty of high brow reviews of this, if you want to get a more in depth feel of what you're getting yourself into, so I wont bother. I'll just say that this is the most explicit ( gore and sex ) book I've ever read, and I mean explicit. I mean, brutally so. Quite astounding that it was even published In such a backward and unprogressive country such as the UK. Trying to adapt this faithfully into a movie would likely get the director and crew imprisoned for offensive and disturbing material. I dont mean that lightly. That said, I loved every moment of this book. A great pace and a constantly interesting and intriguing story. Just delivered with such repugnant and mindbending imagination, but with a classy flair. But you have been warned. People talking about the books unflinching descriptions of perversion, depravity and desecration of the human body are correct in their reviews. Proceed with caution ;)
続きを読む
違反を報告
レビュー を日本語に翻訳する

I found the pace of this book quite odd. Brite takes a while to set up the main event and often I found myself becoming disengaged from the story, then all of a sudden it races to the denouement in a bloody mess of violence and gore.

This book came recommended through one of those '25 thrillers to keep you up all night' lists you get, and I knew the author's name. I had abandoned another of Brite's books, Lost Souls, in 2009. Pretty sure I never picked it up again. 3/4 of this book would have seen me doing the same again, but the last 1/4 was pretty horrific so, for me, a horror fan, it saved the book. I did enjoy Exquisite Corpse, maybe not enough to pick up another Brite, which is pretty telling.
続きを読む
違反を報告
レビュー を日本語に翻訳する

So who is this book for? The horror lovers, the true crime fans, people who are looking for a proper gory read. And for those people, including myself, it’s AMAZING!

The story centers around two serial killers, who serve as our main characters. They’re strangely likeable despite all the horrors they commit and that makes the story compelling and disgusting all at once. This makes it fascinating to read as you get a peek into the minds of these killers.

There are lots of interesting and in depth scenes about their thoughts and psychology- along with lots of killing scenes, which to be honest are what you’re coming for if you’re reading a ‘splatterpunk’ book. And this book really delivers on that.

The world of this story feels bleak, honest, and unfair. This isn’t a fun little romp to curl up with, and some chapters where HIV is discussed at length were uncomfortable. But I’m aware this was probably the intended feeling.

Over all if you’re interested in gore, slasher stories, or crime stories in general? This is for you.

David
5つ星のうち4.0 Graphic and Sordid.
2020年9月12日に英国でレビュー済み
Amazonで購入
This is not for the faint hearted or those with delicate sensibilities. It was quite scathing on the gay community too as all of the gay characters were portrayed negatively. Very graphic regarding the sex scenes, the murder scenes and the sex/murder scenes. It deals with many taboo subjects including necrophilia, HIV/AIDS, cannibalism etc. It is well written and quite disturbingly enthralling.
I couldn't wait to finish it for a number of reasons, to hope that the protagonist(s) got their comeuppance, and also to calm my nerves and sense of repulsion. Some images will stay with me sadly. Vile!
続きを読む
違反を報告
レビュー を日本語に翻訳する

Danni reads all the time
5つ星のうち2.0 Pure disgusting read
2020年7月5日に英国でレビュー済み
Amazonで購入
I was recommended this book by a friend, as I generally like very gorey and violent books. This book is just pure disgusting. I didn’t really enjoy this. I felt at the beginning the writing was really over the top. It was describing the way Andrew felt when he killed people and what it looked like and such. It just described it in such a way which I felt was ridiculous and no one would ever describe things. The writing style did get better throughout the book. I just felt this was such a grotesque book, all the guys featured in this book just got a hard on by anything and everything, and they all just slept with anyone and everyone. It seemed unnecessarily violent and disgusting. Disgusting is just the best word I can describe this book.  This book just isn’t needed, no one ever needs to read this. There is no enjoyment to be had from this book, its just pure sick.