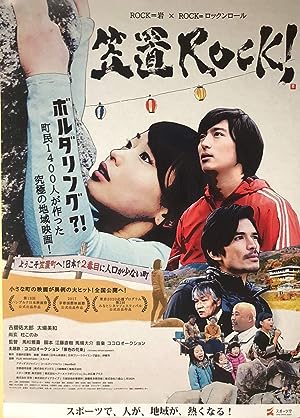 tomato
5つ星のうち4.0 Real Life Japanese Bouldering
2020年7月21日に日本でレビュー済み
Amazonで購入
This is highly recommend for any climbers outside of Japan to know what's like bouldering in Japan.

Now in Japan as in the other countries, the number of climbing gyms in the big cities are increasing but people are not quite understanding what's like real rock in the nature.

Nevertheless to say, the real rocks are in outdoors... boulders sit in the rivers that's why it's called boulder. Such a basic but with the language came from the west, as well as the activities, people has so many mixed ups...

So the main character of this movie, came to Kasagi's " Rock Festival", thinking he can play a rock'n'roll, but it was actually "bouldering" rock fes.... He was pleaded to climb by locals so he starts climbing, being attracted by a pretty girl in the town at the same time... and eventually, he grows as a person.

Meanwhile, it describes how Japanese country side are like, they are suffering from decrease of population, loss of industry, but with plenty of nature and good neighborhood feeling and also a long history... Kasagi is a mini town in Kyoto, but it describes what's like in Japanese crags are, in real life too.

I highly recommend to anyone who has no idea about what is like climbing and local towns relationships like...

this local movie gives you a very good big picture.