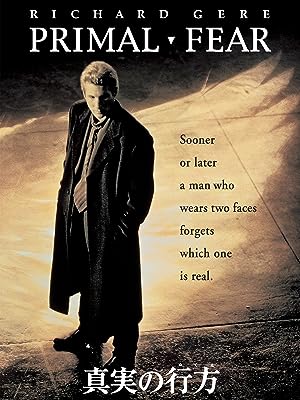 owlstalker
5つ星のうち5.0 Very watchable.
2014年11月6日に英国でレビュー済み
Amazonで購入
There are few actors about whom I can honestly say that I've never seen them in a film I haven't enjoyed. Richard Gere is one of the few, and this film is no exception. Brilliant acting from Gere and Richard Norton and a William Diehl courtroom drama as good as anything from Grisham make this 2 hours of riveting viewing. I bought this new for £1.33 + £1.26 p&p. Amazing value - but checking on Amazon only 2 weeks later shows it's now £6.57!!! Why the difference I don't know, but the film itself is great. Update 7/11/14 - and 1 day later it's now £12.93!!!! Ridiculous price increase. It's good, but not worth £12.93. Update 15/11/14 - it's now £14.99!!!!! I wouldn't touch any DVD for that price unless it was a box set such as Game of Thrones!! I would downrate my stars, but as a measure of my satisfaction with the film rather than the value, it still rates 5.
続きを読む
1人のお客様がこれが役に立ったと考えています
違反を報告
レビュー を日本語に翻訳する

aaron paul whitworth
5つ星のうち1.0 poor
2019年1月23日に英国でレビュー済み
Amazonで購入
very poor quality dvd from music magpie advertised as "used:good condition".
my experience of the play back was very poor at best stuttered like mad crashed the dvd playback numerous of times but more evidently at 1.39hrs onwards. Sent back not fit for purpose spoiled the film for me bought again elsewhere!
続きを読む

Brenda Newton
5つ星のうち5.0 Loved it
2013年9月14日に英国でレビュー済み
Amazonで購入
I saw this film about 7 years ago and when people where talking about great films I would always mention this one as it so stuck in my mind, I hadn't know Edward Norton before but he is one in my list of great actors now, be plays this part so believably well. love films with a twist at the end, and this film has everything, its a must see, had to buy it because when I need to see a great film I whatch this.
続きを読む
3人のお客様がこれが役に立ったと考えています
違反を報告
レビュー を日本語に翻訳する