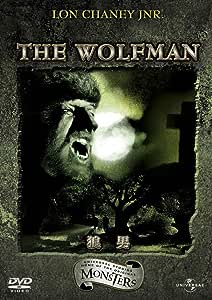 bernie (xyzzy)
5つ星のうち5.0 “Even a man who is pure in heart and says his prayers by night,”
2014年4月21日に日本でレビュー済み
形式: DVD
“may become a wolf when the wolfbane blooms, and the autumn moon is bright.”

The film starts with that dark eerie tone as Ben Talbot (Simon Merrells) hollers out in the night “I know you are out there” and is presently dispatched in a most untidy way. We are prepared for gratuitous violence. Gwen Conliffe (Emily Blunt) invites the wayward brother Lawrence Talbot (Benicio Del Toro) to put off his acting position and return to the old family home to fathom out the culprit, be it man or beast.

I will not go through the story and al l its implications, as that is why you are purchasing this movie. However, the local Reverend Fisk (Roger Frost) had some rather unfriendly words about Lawrence Talbot’s return. “There are those who doubt the power of Satan--the power of Satan to change men into beasts. But the ancient Pagans did not doubt, nor did the prophets. Did not Daniel warn of Nebakanezer? But the proud king did not heed Daniel. And so, as the bible says, he was made as unto a wolf and cast down from man.”

***** One overwhelming negative is the noisy background compared to the dialog volume.

If you totally duplicated the film and just brought the technicalities up to date, it would be barley worth it. If you did as most movies do and just use the title many people who are comfortable with the originals as I am would hat it because there is nothing to relate. This film is a rare hybrid that brings the movie up to date, tries to maintain continuity and has a twisted plot. As a psychological thriller it barley scratches the surface. However, there is a clear love triangle as the hub.

Yes, there is a quickie view of Max Von Sydow handing Lawrence a silver wolf’s head cane.
Hugo Weaving did a good job of acting but I kept thinking “Elrond.” Moreover, we wait for Anthony Hopkins’ most famous line from “84 Charing Cross Road” (1987) where he says “Very nice, very tasty.” If you are really looking for a psychological thriller with werewolves try “She-Wolf of London” (1946)