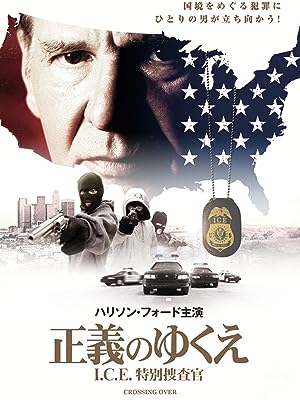 Stephen Bishop
5つ星のうち3.0 Moderate
2020年5月1日に英国でレビュー済み
Amazonで購入
This film attempts to illustrate the hazards of the US immigration system for both its operatives and those trying to enter the country, with the stories of different types of immigrants portrayed in parallel. It unnecessarily mixes these up with a crime story. The filming is gritty and realistic, in the less attractive parts of Los Angeles and California. You can believe that you are there. The cast is variable. Harrison Ford wanders around looking puzzled, grizzled and concerned as he tries to be humanitarian from within the system. Ray Liotta is a convincing sleazeball, which after all is his speciality. Ashley Judd is not a convincing lawyer, and Alice Eve spends far too much time with no clothes on to be more than a stereotype figure. There was a better film inside waiting to get out.
続きを読む
1人のお客様がこれが役に立ったと考えています
違反を報告
レビュー を日本語に翻訳する

Molly Harte
5つ星のうち5.0 Excellent absorbing film
2017年12月7日に英国でレビュー済み
Amazonで購入
Fabulous film, everyone involved acted their socks off. Great performance by Harrison Ford and good to see Ray Lolita doing a terrific performance too. Some lovely scenes, I cannot say too much, but if you want a non-stop story that is involved and intricate in every way, up this.
続きを読む
4人のお客様がこれが役に立ったと考えています
違反を報告
レビュー を日本語に翻訳する

sightwriter
5つ星のうち2.0 crossing over my arms in boredom
2018年7月27日に英国でレビュー済み
Amazonで購入
I just couldn't get in to this at all and I'm a big Ford fan. I found the 'plot' so incredibly confusing and the characters were flat.
続きを読む
違反を報告
レビュー を日本語に翻訳する