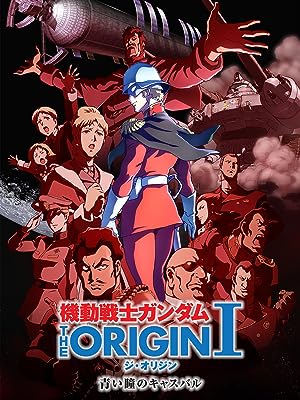 BlueStar
5つ星のうち5.0 Review for standard release
2016年6月12日にアメリカ合衆国でレビュー済み
Amazonで購入
Gundam: The Origin is an amazing manga that retell a the story of Mobile Suit Gundam with much more detail and minor changes that help the story to be more realistic and make more sense. One thing that Origin did different is actually spend a few volumes explaining Char and Sayla's backgrounds as children through their adolescence. This OVA series is the Char and Sayla's story arc as an animated series. Each Bluray contains a single episode that's an hour long. It's a theatrical release and looks amazing. It is a Japan release but the Bluray is region-free and will work on American Bluray players.

On top of all that, there is a great English dub on the disc. The standard release is the Bluray case with a sleeve, a booklet within the case (in Japanese) as well as an outer sleeve that isn't connected and a second Draft Guide book (also in Japanese.) This is a truly amazing release which explains Char's quest to take down the Zabis and Sayla's quest from Zeon Daikun's daughter to White Base soldier.

There is only a single episode on this disc and the price is pretty steep at around $80. However, I picked up my volume for around $65 and I found that to be a fair deal. It's a really amazing set and a great first episode. Being a Japan import, the price goes up but unlike most releases, this one actually has an English dub and works on American players!
続きを読む

Xavier
5つ星のうち5.0 Five Stars
2015年10月13日にアメリカ合衆国でレビュー済み
Amazonで購入
This was everything my boyfriend expected I'm so happy I got this in such amazing condition
続きを読む
違反を報告
レビュー を日本語に翻訳する