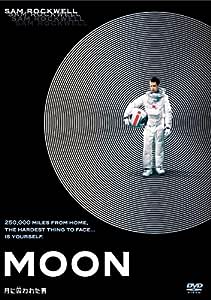 S. Lornie
5つ星のうち5.0 Underappreciated Sci-fi film!
2018年4月11日に英国でレビュー済み
Amazonで購入
When talking about great films of the last ten years, no one ever seems to mention Moon. You'll hear about the Harry Potter films, the Star Wars films and so on. By comparison to those awful films, Moon deserves an Oscar.

The plot of the film is pretty basic and is easily one of its charms. The people of Earth have found a new energy source on the moon, to harvest this energy the moon is manned by one person, Sam Rockwell. Now at the end of his tour, he ends up in an unfortunate accident that causes an interesting twist. One that plays out for the rest of the film.

It really isn't hard to follow at all and to some people it might be predictable. But the way it all unfolds is where the excellence lies. The pacing is absolutely perfect with one event happening and the movie quickly moving onto the next without feeling rushed or sitting on one specific section long enough that it becomes repetitious.

The acting by Sam Rockwell is top quality. The man is a really underrated actor in my opinion with Moon being one of his most under appreciated roles. *SPOILER ALERT!!!* The contrast between the two characters he plays is done with a lot of care. The fact that the film is simply two clones interacting with each other is interesting, especially considering how well it was done. Rockwell manages to give both individuals a similar personality with strikingly different character traits. The older of the two is more down to earth, laid back and perhaps humbled by his three years alone on the moon. The younger character however is angrier, quicker to lose his temper and is eager to rush into dangerous situations. The chemistry of the two provides the movie with great intensity, light humour and some really good heartfelt moments.

Visually, this is a beautiful film. There isn't too much in the way of big grand scenes. A majority of the film takes place in this dark dingy compound whilst most of the big effects scenes take place on the lunar surface. Lots of grey sand and rocks with a big starry background as a miniature model of the vehicles traverses the environment. It is very bleak but looks fantastic, especially on bluray.

There isn't a lot to dislike about this film in my opinion. I found it very charming, very unique for its time and has everything I like in a good sci-fi movie of its kind. Those who liked The Martian should without a doubt enjoy this film as much or even more so. For the cheap price, it is hard to complain.
続きを読む
31人のお客様がこれが役に立ったと考えています
違反を報告
レビュー を日本語に翻訳する

Richard
5つ星のうち5.0 A real trip
2016年10月26日に英国でレビュー済み
Amazonで購入
I like the so-called "cerebral sci-fi" as much as the action packed versions, so I had no problems with the slow deliberate pacing and the dwelling on character, interaction with the computer, and the slow revelation that is the underlying tragedy of the film and which left me feeling as betrayed as if I'd been the person left alone on that mining station so removed from the earth. Another director could have actually ruined the storytelling process by going to some safe place and turning out yet another sci-fi movie about alienation and betrayal, but this retells the story in what I felt was a genuinely original way that made it very much worth watching. It stands as a good movie precisely because it avoids some cliché while intelligently re-reading other cliché elements and inventing them anew - I think the direction is everything to do with what makes this a strong film, and the deadpan delivery does a great job of letting us all know what it is like to be so very isolated for so long - showing instead of telling - the mark of good storytelling.

I bought this on a whim, as a gamble, and I feel that it paid off handsomely in a movie that can be watched more than just the once, and in its sparse setting still manages to pull out new facets of the story each time through. I like it for the journey - rather as I like 2001 and 2010 - it's a real trip.
続きを読む
10人のお客様がこれが役に立ったと考えています
違反を報告
レビュー を日本語に翻訳する

Ms S D Brown
5つ星のうち5.0 Great film carried off brilliantly by Sam Rockwell
2019年9月29日に英国でレビュー済み
Amazonで購入
I first saw this movie on TV some years ago, and thought it was a great storyline. I neqrly picked up a DVD copy of it via a charity shop, but didn't have the correct change at the time (I only had £20 notes and the shop had no change apart from silver and copper, so I asked them to put it to one side, then I forgot about it for several weeks. When I returned it had been sold. I happened to see it advertised as a recently released 4K version, so checked on Amazon and found a Blue Ray copy at an unbeatable price of only £3.99.

It's not a film I'd watch regularily like some opf my favorites, but it is well worth rewatching occasionally. i'm lucky in that I have memory problems due to a serious head injury, so I often forget parts of most films after a few months. For example I was watching a film the other day and it wasn't intil the very end that I realised I'd watched it only a few weeks previously when I'd first purchased it (The second John Wick film).

Definitely a worthwhile film to add to your collection. IMO its a classic in the same vein as the Escape from NY/LA/2012/Conan the Barbarian/Red Sonja/The Terminator/Hanna, though not as action oriented that those films.
続きを読む
違反を報告
レビュー を日本語に翻訳する

rob stirling
5つ星のうち5.0 R.I.P., Dad.
2019年3月18日に英国でレビュー済み
Amazonで購入
One of the best sci-fi films that I've ever watched, not grand like '2001' or with the intricate plot of 'Blade Runner', but entertaining and full of tension and superb special effects.
Directed by Duncan Jones, son of the late, great David Bowie. Somewhere in the film, from a story also written by Jones, are some reminders of Bowie's great songs about space perhaps. Hello Ground Control.
I need to watch the film again and get out my Bowie songbook.
English subtitles and bucketfuls of special features.
続きを読む
3人のお客様がこれが役に立ったと考えています
違反を報告
レビュー を日本語に翻訳する

Darth Maciek
5つ星のうち5.0 When your own computer starts to show you pity, be afraid - be VERY afraid...
2012年10月26日に英国でレビュー済み
Amazonで購入
This is a very, very good British SF film, one of the best made in this beginning of XXI century - I watched it with pleasure and I was pretty impressed.

This is very much a one man show, about a man named Sam Bell (Sam Rockwell) who supervises alone a robotic helium3 mine on the hidden face of the Moon. He signed the contract for three years and as the time passes by he starts to wonder if he didn't overestimate his capacity to endure loneliness and isolation. He misses greatly his family as he receives only occasional messages from his wife left on Earth (the communications suck most of the time, no matter how hard he tries to fix them). In fact his only "companion" is central computer GERTY, a very powerful AI communicating with voice of Kevin Spacey. Still, as the end of his contract approaches, Sam soldiers on. Then, one day, something unexpected happens...

"Moon" is a slow paced, low drama film - but it is never boring, even for one minute. Sam Bell is a brave fellow with whom it is easy to identify and symphatize and GERTY is a pretty rare thing in SF films - a really nice and even compassionate Artificial Intelligence... Their conversations and other interactions are a pleasure to watch. The scenario is strong and quite moving. The ending, always the most difficult point, is also pretty good, although I personally would change the last 15 seconds of the film, to make it even better and even more powerful - but it is a purely personal point of view. Special effects are definitely NOT the center of this film, but they are very honest.

So all in all this is, let's say it again, a very, very good SF film, in which tension is masterfully created by a smart scenario and smoothly delivered with deceiving calm by the compassionate voice of a very nice computer... I am very happy that I bought and watched this DVD and it is definitely a keeper! See "Moon", listen to GERTY and enjoy!
続きを読む
1人のお客様がこれが役に立ったと考えています
違反を報告
レビュー を日本語に翻訳する
すべてのレビューを参照します
トップへ戻る
Amazonについて
Amazonでビジネス
Amazonでのお支払い
ヘルプ＆ガイド
日本語ショッピングのための言語を選択します。 日本ショッピングのための国/地域を選択します。
© 1996-2020, Amazon.com, Inc. or its affiliates