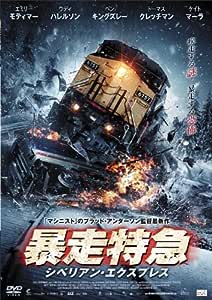 Chockybikky
5つ星のうち5.0 Gripping til the end
2014年4月9日に英国でレビュー済み
Amazonで購入
A taut thriller with great performances by all directed by Brad Anderson who also gave us The Machinist..it's one of those films that is unpredictable and though a simpler plot than what you might think at the start has some twists and turns that keep you wanting to know how it will all turn out.
Emily Mortimer is fab in this..never really being the sultry kind of actress she comes across as the wife with a darker, wilder side to Woody Harrelson's goody goody character and when put in the company of the charming Italian stranger her persona really starts to show.
Support from Kate Mara is good with her being mysterious but led on and the always dependable Ben Kingsley is brill as always.
A film that makes you feel uncomfortable and yet hooked and makes you think that something like this could easily happen..remember..Never Talk to Strangers!!
続きを読む
2人のお客様がこれが役に立ったと考えています
違反を報告
レビュー を日本語に翻訳する

Trevor Willsmer
5つ星のうち3.0 More character study than thriller
2009年1月22日に英国でレビュー済み
Vine先取りプログラムメンバーのカスタマーレビュー( 詳細 )Amazonで購入
Without an attenion-grabbing above-and-beyond the call of duty performance like Christian Bale's anorexic turn in his previous film The Machinist to distract the attention, Brad Anderson's attraction to rather thin stories is rather more noticeable in the first half TransSiberian. Although an opening scene with Ben Kingsley - sorry, SIR Ben Kingsley's Russian cop finding the frozen body of a drug dealer on board a ship tips us off that dark deeds are ahead, much of the first third plays like one of those occasional rather slight indies about long railway journeys and the cultural and emotional paths that cross on them, with railway buff Woody Harrelson (rather overdoing the enthusiasm as a character he's a good 15 years too old for) and wife Emily Mortimer who still has a few personal demons knocking on the closet door taking the scenic route back from missionary aid work in China and falling in with Eduardo Noriega and Kate Mara's much-travelled English language teachers. It's well observed and the striking shots of the train en route convey the reality of long train journeys rather more convincingly than most, but there's still that feeling of waiting for the story to start. After a false start when one character goes missing that doesn't really happen until almost the halfway point when Kingsley and Thomas Kretschmann join the journey, but once it does it becomes increasingly gripping even if the last act isn't quite as convincing as it is enthralling.

There's a brief detour into Hostel territory as the kind of travellers' tales they dismiss early in the film start to come home to roost, but for the most part it works because of the character flaws in the trio of unlikely couples the film finally focuses on - if Harrelson doesn't quite convince, Mortimer is quite superb as she finds herself caught between the light and the dark, a situation Kingsley's jaded narc is only too familiar with in a modern Russia with its reduced life expectancy: "Then we were people living in the darkness," he notes of the days of Soviet rule. "Now we are a people dying in the light." Visually Anderson takes his cue from the metaphor, staging his few but memorable setpieces in cold bright winter light. If this particular train takes a little too long to pick up speed and throws in one deus ex machina too many in its grand finale, it works just well enough as a character study and a thriller to make it worth a look.

Icon's DVD has a nice 2.35:1 widescreen transfer with a handful of deleted and extended scenes and a half-hour making of documentary as extras.
続きを読む
2人のお客様がこれが役に立ったと考えています
違反を報告
レビュー を日本語に翻訳する

Peter Rowland
5つ星のうち5.0 Homage to Hitch
2012年12月5日に英国でレビュー済み
Amazonで購入
A young couple, fresh from doing good works in China, board a train for Moscow. It could be Guy and Harriet Pringle setting out on a fresh odyssey. The sun is shining and all seems right with the world. But some very nasty surprises (including a hook-nosed Russian policeman, played by Ben Kingsley) are in store for them.

This is a brilliant thriller, beautifully filmed and with suspense maintained throughout. I am very happy to award it top marks and will gladly watch it again on many future occasions. It should be recognised, however, that what the filmmakers have craftily done is to stir together the ingredients of three of Alfred Hitchcock's most cherished classics - 'Blackmail', 'The Lady Vanishes' and 'The Man Who Knew Too Much' - to produce a stand-alone masterpiece which is nevertheless heavily indebted to the work of the old master. (The scene where the helpful policeman very kindly carries the heroine's heavy bag would have delighted him beyond measure!)
続きを読む
違反を報告
レビュー を日本語に翻訳する