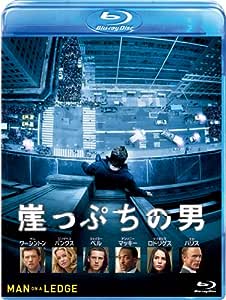 Leth’s thriller exploits this self-destructive action by utilising it as a central plot device, to prove one man’s innocence. Framed for the theft of a pristinely polished diamond, Nick climbs onto the ledge of the twenty-first floor of the Roosevelt Hotel to provide a distraction for his brother to actually steal the prized jewel from the tyrannical businessman. Bystanders, news reporters, helicopters capturing footage and seemingly the entire NYPD are preoccupied by Nick’s monotonous shenanigans, whose intentions to not jump are clear from the offset. Consequently, the diamond heist remains concealed, despite a generously loud explosion garnering them entry into the fortified vault. Whilst this is all happening, negotiators and police detectives attempt to investigate Nick’s case before officers corrupted by Englander take matters into their own hands. Oh, and then interwoven snippets of his conspicuous ex-partner searching for Nick, whose backstory includes footage of him escaping custody at his father’s funeral.

Clearly, it’s a cumbersome structure, with sub-plots peering off the ledge every ten minutes. Some hang on, others fall. The communication between Nick and Mercer, as she attempts to obtain his trust, remained grounded throughout. Worthington’s lacklustre terrified monotony somehow complementing Banks’ independent spirit, as she is disliked by her colleagues. The two conversing made for some real connections. Unfortunately, their conversations are merely padding, much like the entire man on a ledge distraction. The bulk of the narrative originates from Bell and Rodriguez’ heist ordeal which, again, is absolutely solid on its own foundations. The close calls, self-sufficient dialogue and functionality of this sub-plot was crafted solidly. Insert a few double entendres occasionally, and viewers can expect mild entertainment from two enjoyable performances.

However, once the corrupted officers are revealed and Englander becomes directly involved with this whole escapade, the story descends into a free-fall of convolution. Plot conveniences and coincidences are littered throughout. To the point where it becomes blatantly obvious to even the less observant of viewers. The heist, the proving of Nick’s innocence, was somehow planned over many years and relied on Nick escaping custody, fleeing the police for a long duration of time, adopting a new name, booking the exact room on the exact floor of the exact hotel at the exact time that Englander would be undergoing his conference. A ludicrous amount, no wait, an impossible amount of factors that would’ve jeopardised the entire task. But hey, atleast Harris’ performance was sublime yet again.

For what it’s worth, Man On A Ledge does provide disposable entertainment. The amalgamation of all the sub-plots, with some being more meaningful than others, were well edited. However the over-reliance on conveniences, the chaotically underwhelming conclusion and the exploitation of a suicide method, does teeter towards the stupid instead of the intelligent.

Chris Allen is a Technical Author and Writer with the following books available through Amazon:

The Beam of Interest: Taken by Storm

Hypnotic Tales 2013: Some Light Some Dark

Call of the Void: The Strange Life and Times of a Confused Person: 1
続きを読む
2人のお客様がこれが役に立ったと考えています
違反を報告
レビュー を日本語に翻訳する

M. B. Richardson
5つ星のうち5.0 Good Thriller
2016年7月5日に英国でレビュー済み
Amazonで購入
What could have been a slow movie by the title, turned out to be a good little thriller with a twist, well worth a watch. Much better than the "Phonebooth"
続きを読む
2人のお客様がこれが役に立ったと考えています
違反を報告
レビュー を日本語に翻訳する