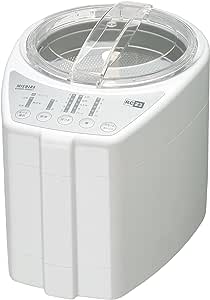 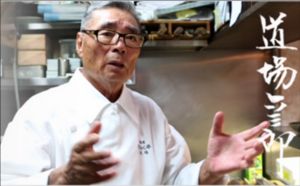 Johnny Cage
5つ星のうち5.0 Life-changing...
2014年3月3日にアメリカ合衆国でレビュー済み
色: プレミアムホワイトAmazonで購入
The scientific establishment is telling everyone to eat more whole grains. I followed this advice to the letter for several months, but whole grains, including brown rice, always gave me indigestion and heart burn. I also lost weight to the point of being slightly underweight because I was unable to get enough calories as a result of the indigestion.

I then switched to eating white rice and gained back the weight that I had lost, but I had trouble falling asleep and never experienced the same feeling of calmness that I got after eating brown rice.

Enter this little marvel of a machine. It takes off layers of bran from whole brown rice you buy in the store. It has 10 different settings so you can choose exactly how much bran you want to remove. It operates using a spinning metal blade, much like a blender except the blade is completely dull. The inside of the machine looks like a metal sieve with larger holes. The action of the spinning blade rubs the rice kernels against each other and the inside of the machine to gradually polish off the bran which falls into the bucket underneath in a fine powder. Through trial-and-error, you can figure out for yourself exactly how much bran to leave on. You can polish up to ~4-5 cups of brown rice at a time and it takes less than 5 minutes.

Most of the nutrition is located in the germ and aleurone layers of the bran, so you get most of the nutrition and a bit of extra fiber, with the ease of digestion of white rice. For those who don't like the taste of brown rice, partly-milled rice retains some of the nuttiness, but is much milder-tasting. In addition, you can completely mill away all of the bran to make fresh white rice, and it even has an embryo rice setting that leaves on the germ and aleurone layers.

The only downside is that the germ of the rice sometimes breaks off into the bucket below, so when you are done milling, what I do is to pour the bran fraction through a fine kitchen sieve, and this gets rid of the bran, and I just add the germ back into the rest of the rice for cooking afterwards.

Lastly, you need a step down transformer for this machine. It uses 300W and runs on Japanese 100V. If you plug it directly into a US electrical socket, you will fry it! I recommend this:

Pyoneerwoman
5つ星のうち4.0 Good product. Does what it's supposed to do!
2016年3月26日にアメリカ合衆国でレビュー済み
色: レッドAmazonで購入
It works well. The only problem is that all the instructions are written in Japanese only. So I had to ask a Japanese friend how to use the machine.
続きを読む
役に立った
フィードバックを送信中...
フィードバックをお寄せいただきありがとうございます。
申し訳ありませんが、お客様の投票の記録に失敗しました。もう一度試してください。
違反を報告
レビュー を日本語に翻訳する