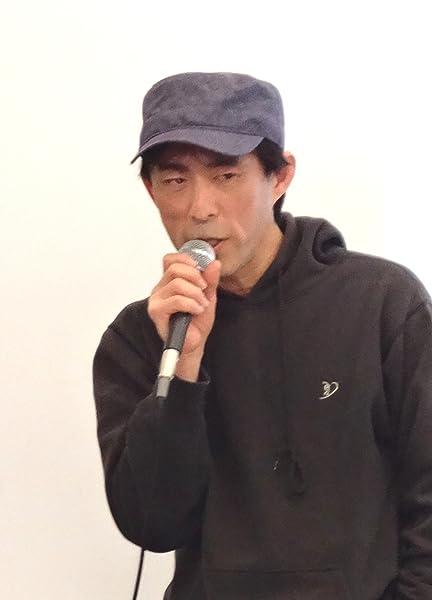 Amazon Customer
5つ星のうち4.0 Not for the faint of heart or those without an open mind
2019年2月26日にアメリカ合衆国でレビュー済み
Amazonで購入
You have to know going in what sort of book this is. My rating is based entirely on the fact that I already knew going in that this book would be unapologetically about methods of suicide. My rating is simply based on the qualities of the book itself rather than the moral implications of the book's existence.

The book is completely in Japanese, with very specific details concerning different suicide methods, right down to the price of certain poisons, how and where to purchase them, and even little drawings of stick figures hanging themselves in different configurations. The entire book is written in a very matter-of-fact way, with recommendations on how to make different methods more effective, and includes many short anecdotes about supposed real suicide attempts, which are then analyzed by the author in terms of effectiveness.

Every method is ranked based on level of pain, time it takes to complete, how much you appear to be suffering, annoyance to those around you, level of (literal?) impact, and effectiveness in terms of how lethal the methods are. The basis for these ratings is never fulled explained, and I'd question some of the ones he claims to be more painful than other, but the little skulls used to rate every method was a nice touch.

As this is a book directed at a Japanese audience, not much time is reserved for methods of suicide more popular in other countries, such as guns, which are very difficult to obtain in Japan. Maybe it's weird to take off a star because a book didn't address all the terrible ways one can kill themself with a gun, but this book is what it is and you just gotta accept that if you're reading it. And if this book is going to claim to be *the* manual for suicide, it seems unfortunate that such a common method was only barely touched upon.

I also found it a bit strange that Jumping and Leaping were considered different enough to warrant being listed in separate chapters, but that may just be a fault of my not-so-perfect Japanese.

The cover under the book jacket is simply black with white text, bearing the name of the book rendered in English, which was a little disappointing, because I'd rather be able to keep this book in my collection without causing literally everyone who looks at my bookshelf to worry about me.

Naturally, I would not recommend this book for anyone who is struggling with suicide, because the author is arguably in support of the idea that people should be allowed to take their own lives, stopping just short of advocating suicide. In fact, I don't really know what sort of person I *could* recommend this book to, other than maybe the perfect combination of someone who is both fluent in Japanese and interested in morbidity and death.

Or, if you're like me, and stumbled down this rabbit hole in pursuit of the most authentic Bungo Stray Dogs cosplay possible, then I salute your enthusiasm and wish you all the best.
続きを読む
18人のお客様がこれが役に立ったと考えています
違反を報告
レビュー を日本語に翻訳する

Jesse G.
5つ星のうち4.0 Not in English
2019年2月8日にアメリカ合衆国でレビュー済み
Amazonで購入
Gorgeous book. Unfortunately, I didn't know none of it was in English. Make sure to keep that in mind before buying this. I'd love to learn to read this book one day, but until then it will have to be resigned to looking stunning on my bookshelf.
続きを読む
5人のお客様がこれが役に立ったと考えています
違反を報告
レビュー を日本語に翻訳する

Kelly Lanier
5つ星のうち5.0 Book
2019年2月16日にアメリカ合衆国でレビュー済み
Amazonで購入
If your into different books about death and the afterlife just to add to a collection this is one to add. Death is seen differently around the world . Not all agree to certain ways of going about it. But for the curiosity of it is why I acquired this book. I had seen that this was one associated with the suicide forest. Not a easy read without some form of app to translate.
続きを読む
1人のお客様がこれが役に立ったと考えています
違反を報告
レビュー を日本語に翻訳する

TS
5つ星のうち5.0 Book was as advertised
2019年8月20日にアメリカ合衆国でレビュー済み
Amazonで購入
Interesting little book, all in Japanese of course. Well laid out and appears to be very informative. Some of the pictures give you an idea of what methods it is describing. No plans at all to use this book, was just a curiosity. It's a good excuse for me to practice some translation.
続きを読む
違反を報告
レビュー を日本語に翻訳する
すべてのレビューを参照します
トップへ戻る
Amazonについて
Amazonでビジネス
Amazonでのお支払い
ヘルプ＆ガイド
日本語ショッピングのための言語を選択します。 日本ショッピングのための国/地域を選択します。
© 1996-2020, Amazon.com, Inc. or its affiliates