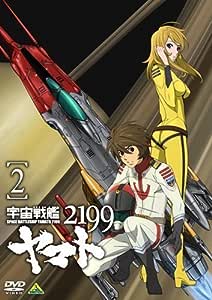 William B. Corley
5つ星のうち5.0 Better than the original
2012年9月24日にアメリカ合衆国でレビュー済み
Amazonで購入
I was in the 3rd grade when the original "Space Battleship Yamato", dubbed and Americanized as "Star Blazers" aired on my local independent TV station. I was hooked. At that time, it was by far the best TV animation I'd ever seen. A real story, with both long term plot and character development, was unheard of in 1970s children's shows. Now, 35 years later, I see "Yamato 2199," a re-imagining of the story, in Hi-def Blu-Ray, with English sub-titles right out of the gate. Truly awesome. If anything, the plot and characterizations are more gripping, more developed than the original. The animation is a nice mix of 2D and 3D styles. The original full orchestral score, another great feature of the original, is maintained and expanded here. My only complaint is now, having seen the first 6 25-minute episodes on the first 2 discs, I have to wait for who knows how long for the next to be released. I got the first disc as a birthday present and had to immediately use my gift cards to buy the second. Best present in a long time. I can't say enough good things about it. Buy it; you won't be disappointed.
続きを読む
6人のお客様がこれが役に立ったと考えています
役に立った
フィードバックを送信中...
フィードバックをお寄せいただきありがとうございます。
申し訳ありませんが、お客様の投票の記録に失敗しました。もう一度試してください。
違反を報告
レビュー を日本語に翻訳する

Mr. G
5つ星のうち5.0 Starblazers fans take notice!
2014年1月9日にアメリカ合衆国でレビュー済み
Amazonで購入
They have batted the ball out of the park with this new series! If you were a fan of the original you will not be dissappointed with this! Graphics and animation rock, soundtrack and especially the slight tweaks to the story.
Turned my kids onto this and they love it.
An absolute winner!

The Battle for Pluto is on this one!