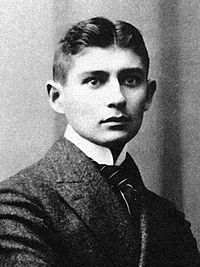 今竹 空美
5つ星のうち5.0 My first ever review:
2019年5月29日
形式: Kindle版Amazonで購入
One of my favorite parts about this book is the structure of each paragraph.
The pace of this book was wonderful, original, and I must say that it significantly increased my vocabulary. There was a small surprise at the ending. The first 30 pages may have lacked a little interest, but once past that point I found that I was compelled to read, read and read to exclusion of other things. Loved it.

橋本春也
5つ星のうち3.0 Hard to read
2019年12月3日
形式: Kindle版Amazonで購入
This is Kafka's most famous work as a novelist born within the present Czech Republic, but I read it for the first time. It was the same feeling as a painting in the early 20th century, and it was not a joyful reading. Born in 1879, the dough Prague is part of the territory of the Austrian-Hungarian Empire. Died of pulmonary tuberculosis in Vienna in 1924. I grew up with a German-speaking parent in a Jewish family. Although she was 40 years old, she published novels in German, but she earned her living expenses at a Prague insurance company. I could use Czech, but I also learned Yiddish, a European Jewish language, and later I learned Israeli. Kafka was a child of a family whose father used Czech and his mother used German, but the governing class of Prague at that time was German, which is a minority, and the language of novels was also published in German. there were. There were many female relationships and many friends and other companionships, so it was probably adapted to multilingual life. (Please refer to the Japanese version of Wikipedia.) However, I can no longer accept this kind of work. There are many distortions in life, and there is no salvation. I don't know sympathy. An example of a person who grew up in a multilingual culture when I was thinking about Prague for a while because I wanted to go back to Prague again during my stay in Vienna. Is that you have read

Another artist born in the current Czech territory is Milan Kundela (1929), but he has read before that "lightness that cannot exist", This is a work after leaving the Czech Republic after "Prague Spring" and gaining French citizenship. Kundela was originally from Brno, and his father was also the director of the Yanasek Conservatory, named after the same Brno-born genius Janacek. There are many places where this work is also difficult to understand, but it is good to know the distortion of the communist society.

Whether it's Kafka or Kundera, it's hard to remember the complexity of the Czech Republic. Prague is a beautiful tourist city, but the Czech Republic in the 20th century is still intricately complicated by the influence of the Nazis and the Soviet Union, after becoming independent from the territory of Austria. The influence seems to have been strongly reflected in music, art, literature and so on.
続きを読む
役に立った
コメント 違反を報告
レビュー を日本語に翻訳する
268のカスタマーレビューおよび282のカスタマー評価があります。
すべてのカスタマーレビューを見る(268)
カスタマーレビューを書く
Amazonプライム会員ならお急ぎ便、日時指定便が使い放題
さらに、映画もTV番組も見放題。200万曲が聴き放題 。クラウドに好きなだけ写真も保存可能。
> プライムを無料で試す