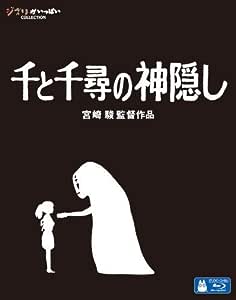 Dean and Dana
5つ星のうち4.0 Fantastic anime movie and if you speak English and don't speak Japanese, here is how to set the subtitles to English!
2017年1月21日にアメリカ合衆国でレビュー済み
Amazonで購入
The movie itself is original, scintillating and breathtaking. I am only putting 4 stars because the disc ships with all the settings (including subtitles) defaulted in Japanese so it was no small task figuring out which menu item sets up the English subtitles. My wife came up with the brilliant idea to use Google translator for the word "English" in Japanese and we were able to deduce the right menu selection from the top menu.

3rd item from the left on the main menu, 3rd column to the right and 3rd item down from there (2 Japanese characters that signify English subtitles)
続きを読む
125人のお客様がこれが役に立ったと考えています
役に立った
フィードバックを送信中...
フィードバックをお寄せいただきありがとうございます。
申し訳ありませんが、お客様の投票の記録に失敗しました。もう一度試してください。
違反を報告
レビュー を日本語に翻訳する

Jessica Hanrahan
5つ星のうち5.0 1080p and glorious: the Japanese blu-ray is the best way to enjoy this film so far
2015年3月4日にアメリカ合衆国でレビュー済み
Amazonで購入
If you are even considering this item, I'm guessing that you are already a fan of Spirited Away. It is probably the most popular and arguably one of the best of the Ghibli and Miyazaki film library. The Japanese bluray release of Spirited Away (or Sen to Chihiro no Kamikakushi) is fantastic. As of now, Disney has not yet released it in the US yet. It is bound to be released at some point (maybe as early as late 2015 or 2016) at a cheaper price than the Japanese release. However, if you are a big fan and cannot wait, I can highly recommend this release based on the fantastic video quality alone.

WILL IT WORK ON A US BLU-RAY PLAYER?
I can confirm that YES this blu-ray will work in a US bluray player (I personally use a PS3). This release is actually region-free (or all-region as it can be called), and will work anywhere in the world that uses the NTSC video standard. Even if it didn't, please note that Japan and the United States are in the SAME blu-ray region: Region A, so it would have be compatible with US standards even if it was region-locked. HOWEVER: if you are in Europe, this blu-ray disc may not play since most European countries use PAL instead of NTSC to display video.

PACKAGING:
The Japanese packaging puts Disney's to shame. It's very minimalist and simple black-and-white and matches well with the other Japanese releases. The digipak design is made of some kind of metal and feels heavier than a normal blu-ray box. It opens like a book and has little pamphlets inside the left compartment along with the film in the right compartment. I like the magnetic lid that keeps the case closed.

VIDEO QUALITY:
Remember the scene where Chihiro follows Haku through those gorgeous flower bushes? Or the exciting Lupin-esque crazy car scene at the beginning of the movie? Those scenes do NOT do well on DVD - this film was made to be seen either on master film or 1080p or higher. In this blu-ray release: those scenes are absolutely perfect and do not have even a hint of pixelation or rendering issues. The colors on blu-ray are vibrant and correct (unlike the previous DVD release which had either a red or yellow tint to all shots). You can see brushstrokes, and details that you could never have seen on the DVD release.

AUDIO/SUBTITLE QUALITY:
The Japanese audio is magnificent, presented here in DTS-HD Master Audio 6.1. It is perfectly balanced, mixed beautifully, and will shine extremely well in a 6.1 or even a 5.1, setup. The voices are clear as day, music swells fantastically, everything is great. The English audio, on the other hand, is only a lossy 5.1 mix. This is disappointing since the recent UK release beefed it up to the same DTS-HD Master Audio 6.1 that the Japanese audio got. It's okay, but not great. A little disappointing, as the English dub was actually pretty good for this film unlike a lot of anime films.

EXTRAS:
This is the disappointing part: the only extra for the Japanese blu-ray release is the script picture-in-picture mode -- but if you don't read Kanji, this feature isn't useful at all. There's also trailers for this film, other Ghibli releases and other anime films. THAT'S IT. In comparison, there was a blu-ray release of Spirited Away in the UK and it got the same extras that were in the English DVD release: a "Meet Hayao Miyazaki" interview, an introduction by John Lasseter, a "Behind the Microphone" short, side-by-side storyboard, and a Japanese TV special subbed in English called the "Making of Spirited Away". It's also likely that once Disney releases this movie in the US, it will also contain the same (or more) extra content.

PROS:
+ Currently the ONLY blu-ray option available for US fans at the moment
+ Video quality LEAPS AND BOUNDS better than the old DVDs, absolutely perfect
+ Japanese audio is perfect

CONS:
- It's extremely expensive compared to US blu-rays. However: the Japanese MSRP prices for blu-rays are typically higher than the US for all blu-rays (the MSRP price for this is about $65). Import shipping times might be another con, but I've seen sellers offer Prime shipping so you can really get this in as little as 1-2 days like American DVDs/Blu-Rays.
- The extras are pitiful compared to the original DVD release and to the recent UK blu-ray release.
- Disney may pull out another surprise US release of this later this year (Q4 2015) or around this time next year (Q1 2016), and it may include more extras than this offering.
- English audio could be better (the UK release upped the quality to DTS-HD Master Audio 5.1)

Dan
5つ星のうち5.0 Excellent Collectors Edition of Spirited Away!
2015年2月10日にアメリカ合衆国でレビュー済み
Amazonで購入
I love Miyazaki and was really disappointed to see that this Blu-Ray was not being sold in the US yet.

Amazon to the rescue!

I put in my order and it didn't take as long as the Japanese seller reported that it would take. The packaging is really really nice and the disk is of really high quality. It took a minute to figure the main menu out since it's all in Japanese (expected this honestly).

Joshua Martin
5つ星のうち4.0 Amazing movie, Japanese menu.
2015年2月24日にアメリカ合衆国でレビュー済み
Amazonで購入
I loved the movie and so did my children. I bought this for us after we watched My Neighbor Totoro, which they loved as well. The story is interesting and the animation is wonderful. It is a bit darker than some of the others we have watched, but it didn't bother my children any. The only reason I didn't give this five stars is because the description does not say that EVERYTHING is in Japanese. There is an English audio track, but you must find the option in an all Japanese menu. This may be obvious to some, but I didn't realize till I received it.
続きを読む
1人のお客様がこれが役に立ったと考えています
役に立った
フィードバックを送信中...
フィードバックをお寄せいただきありがとうございます。
申し訳ありませんが、お客様の投票の記録に失敗しました。もう一度試してください。
違反を報告
レビュー を日本語に翻訳する

That being said, this is a magnificent and enchanting story with marvelous character development and superb animation and artwork. The Blu Ray transfer is outstanding. This is one of Miyazaki's best productions and won't disappoint.
続きを読む
2人のお客様がこれが役に立ったと考えています
役に立った
フィードバックを送信中...
フィードバックをお寄せいただきありがとうございます。
申し訳ありませんが、お客様の投票の記録に失敗しました。もう一度試してください。
違反を報告
レビュー を日本語に翻訳する

Movie-Lover
5つ星のうち5.0 No more waiting!!
2014年8月15日にアメリカ合衆国でレビュー済み
Amazonで購入
Awesome! Glad I decided to up the ante and buy this and Princess Mononoke Blu-rays from Japan. I no longer have to wait for these to come to the U.S.! Region free and the V/A is as great as any other U.S. released Studio Ghibli Blu-ray! LOVE IT!!
続きを読む
役に立った
フィードバックを送信中...
フィードバックをお寄せいただきありがとうございます。
申し訳ありませんが、お客様の投票の記録に失敗しました。もう一度試してください。
違反を報告
レビュー を日本語に翻訳する

Not much more I can say about the actual movie, it's wonderful. This Blu-Ray has perfect picture quality and looks amazing in hi-def. Worth getting if you have the extra bucks.
続きを読む
2人のお客様がこれが役に立ったと考えています
役に立った
フィードバックを送信中...
フィードバックをお寄せいただきありがとうございます。
申し訳ありませんが、お客様の投票の記録に失敗しました。もう一度試してください。
違反を報告
レビュー を日本語に翻訳する
その他の国際レビューを読み込む